Most flies are OK. Some work well. Some consistently produce, and they’re my Confidence Flies.

My list of such flies does vary over the years; for example, I these days rarely throw a Pheasant’s Tail, Hare’s Ear, Frenchie, or Pat’s Legs. They don’t seem to work as well, and I suspect that is because many anglers throw those patterns.

I also notice that my favorite flies are usually pretty simple to tie. I no longer fish Perdigones, for example, because they take a long time to make and aren’t appreciably better. So, I am mindful of Return on Time.

In 2020, unless I’m throwing big-and-articulated streamers, my go-to flies are below. Most have been in that top-bucket category for a few years and produce quite consistently.

If I had to fish one fly all year, the Sexy Walt’s would be it. This pattern is extremely productive. Freestones or tailwaters, new stockies or wily Farmington browns, it doesn’t matter.

I think the key is that it is simple, and so, there are fewer details to which a trout can object.

You can make them as anchor flies for tightlining, but I also have some unweighted-and-small ones for dropper flies. I make these flies in sizes 8 to 18.

If I had to pick one dropper fly for nymphing, this would be it.

The CDC fibers create the movement for which savvy trout look. When bugs are starting to emerge, this is a great fly to throw as part of a tandem nymphing set-up or a wet-fly rig.

I’m partial to olive-brown. Sizes 18 to 22 are my sweet spot. Materials list and tying instructions here.

This was my #1 fly last year when I focused on wet flies (materials list here). 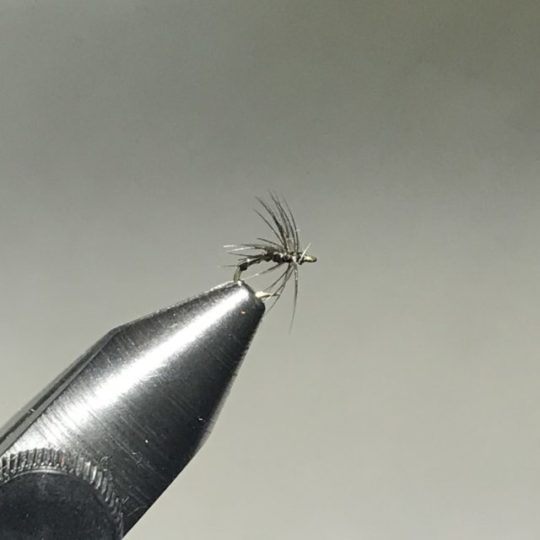 The magic ingredient is starling. Sizes 20 and 22 did the most damage.

I’m not sure why, but takes on the swing with this fly have been particularly brutal. My theory is that wily fish are most susceptible to small flies with movement. Plus, I suspect that tiny-and-dark bugs are a big part of a trout’s diet. So, this fly looks safe, and the fish pounce.

This is a classic attractor pattern. It doesn’t look like anything natural but, yet, has a bunch of strike triggers.

And, when its originator is Team USA’s Lance Egan, you want to give the fly at least a second look. Lance competes globally. He knows. (Our interview with him is here, by the way.)

The pattern isn’t tricky, but it does take time to make, as it involves a few steps. Still, I invest the time because the pattern just works, particularly when it is late in the season and the fish have seen everything. They see the Red Dart and don’t know yet that it’s a fly with a hook.

When fish are fussy, a size 16 Red Dart with my Micro-Thin Euronymphing Leader (formula here) usually produces in spades.

I’ve got loads of dry flies in my fly boxes. But, over the past few years, I reach for one of two patterns nearly all of the time. The first is a Caddis Emerger with CDC.

You can add CDC as a wing or as the body. I’m particularly fond of Lance Egan’s Corn-Fed Caddis as a straight-up dry or for the Euro Dry-Dropper. Lance’s instructional video is here.

People think CDC is expensive. In fact, it is quite affordable if you buy the large bags. I really like the dark-grey color.

My other go-to dry is the X-Caddis, another emerger (prior posts here and here, the latter of which includes an instructional video).

I like brown Z-lon for the trailing shuck and use either pink or dark-grey CDC for the underwing. Size 20 is money for me.

An oldie, but a goodie (materials list here). And, I know very few anglers who throw this pattern, which is a bonus. 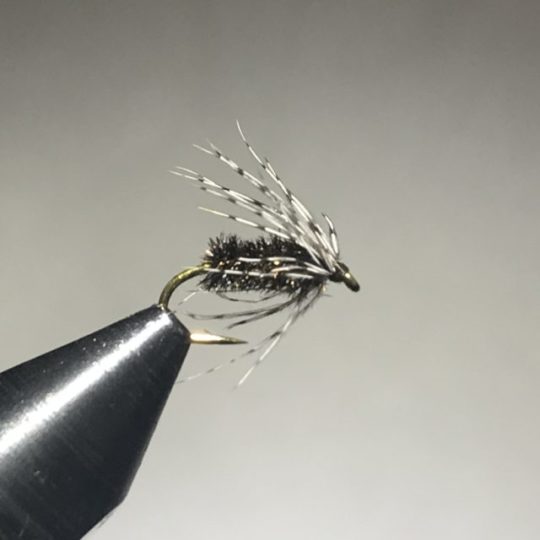 In this era of complex flies, this simple pattern looks too simple to be true. But, it works. I like sizes 16 to 20.

Lance Egan’s Rainbow Warrior is a great dropper fly in winter, particularly when unweighted and in a size 20 (materials list here). The key component is rainbow scud dubbing, which is magical. 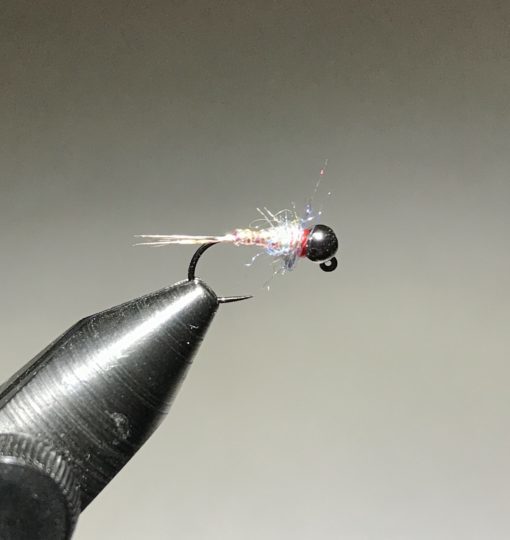 If you use the material for the body of a small scud, you’ll do well. The Rainbow Scud has killed it for me at the Swift.

Just note that the word is out on it. I’ve crossed paths with a particular angler at the Swift River. On two occasions, after landing good fish on the Rainbow Scud, he asked me what I was throwing. I told him. He later had success with the fly and posted about it on a large Facebook page.

I’m cool with it, as I know that’s the price I pay for sharing flies with people who ask. And, I’m fine with creating my own competition: I just make and test new flies, and I love doing both.