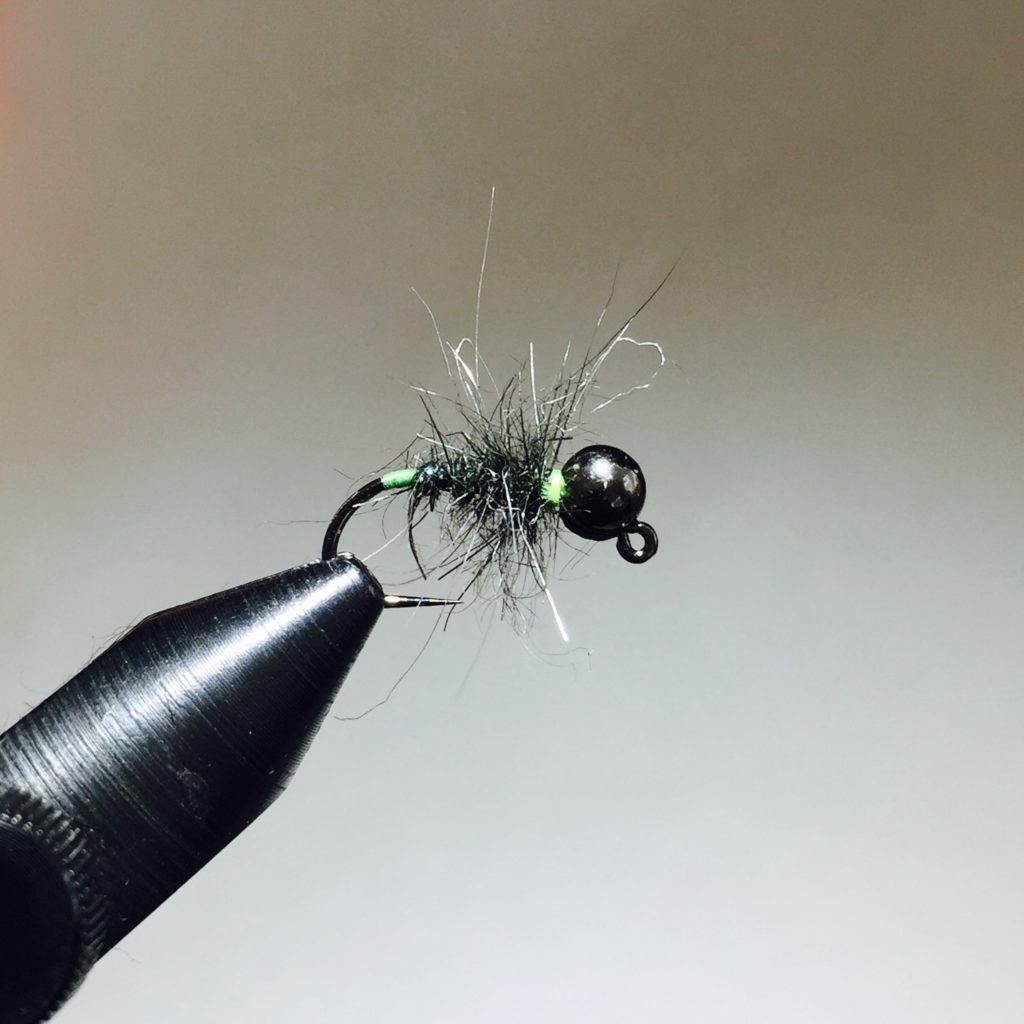 Competition angler Alec Baker told me about Loren Williams’ fly patterns. He is a sophisticated tightliner, who has competed on the national and global stages.

Williams has a great way to create a very spiky look via a “touch dub.”  You put wax on the thread, apply some wisps of dubbing, and then rotate clockwise the thread to cord up everything. (His tutorial here.)

I at times use that method when I make a Walt’s or Sexy Walt’s with fluorescent thread. When wet, the nymph’s thread under body will glow through, creating a very interesting visual for trout.

Up top is a black Walt’s with some chartreuse. I tie them in other colors, too, and you can vary both the dubbing and thread colors and go wild. You also can tie them in different sizes, down to a #22, although you need different materials for that.

A “touch dub” Walt’s is one of my go-to patterns when nothing else is working. It really has saved me from the skunk on many August/September outings.