Midge emergers did well for me during a fun over-nighter at the Deerfield and Farmington (here). In fact, two patterns absolutely crushed it.

At tailwaters, midges hatch year-round. They’re important bugs for trout, particularly when there isn’t a heavy hatch of something else happening.

At the Deerfield, a size 24 Roger Hill’s Stillborn Midge was very effective. Maybe it was luck, or maybe it was good timing, but this was the fly that the fish wanted during morning midge hatches. 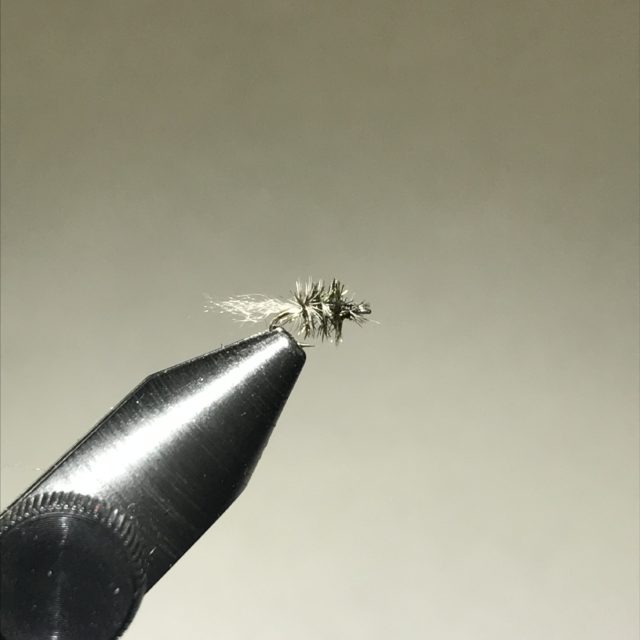 The pattern is simple: a Griffith’s Gnat with a shuck of muskrat underfur. The trout were so picky that they wouldn’t eat a plain Griffith’s Gnat; the shuck was an important strike trigger. I read about the Stillborn Midge in Ed Engle’s amazing book, Tying Small Flies, which I recommend highly to anyone who fishes tailwaters.

It can be a pain to put tippet on a #24 fly, which is why I use the Orvis “Big Eye” dry-fly hooks. The eye is plenty big for my aging eyes and is critical during winter midge hatches, when my fingers are frozen.

In addition, I’ve been iterating on a midge soft hackle, and have come upon a pattern that has produced consistently the past few months. So, I feel comfortable enough to write about it. It’s worked so well that I’ve named it “The Mighty Midge.” 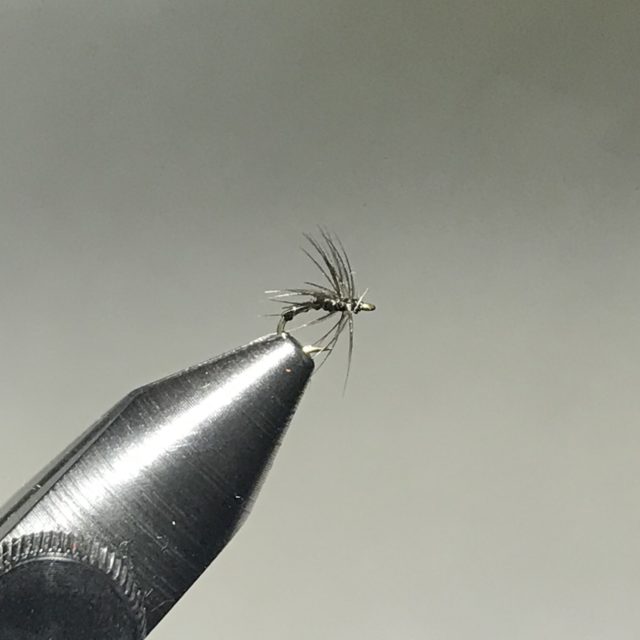 A size 22 of this pattern has worked well with multiple techniques: paired with a streamer, as part of a wet-fly rig, on a dry-dropper, and when fished solo (greased as a dry or sunken). So, it’s very versatile.

The “magic” materials are two-fold. First, I use starling feathers, which are fragile but small enough to work well on a small hook and have some cool iridescence. Other materials, such as spun black CDC feather fibers have worked, but the starling has outshone them all.

Second, I use the TMC 2488 hook. It has a 3x gape that I’ve found to be very effective at keeping fish hooked.

Now, there is a learning curve required to make such small flies. But, having a good magnifier-and-light set-up is critical (I use the Pro-Lite FTL 130). And, once you get the hang of it, you can bang out these flies extremely quickly.

In the spirit of continuing to fully disclose flies that have worked for me, the recipes are below.