I have a few go-to flies. The ubiquitous Hare’s Ear is one. The other is this: the Frenchie. It was the fly that landed 38 trout for me one autumn day on the Westfield River. A day I will never forget!

It’s an attractor nymph, meant not to match the hatch but to trigger a curious or hungry trout to strike. In fact, if I had to fish with just one fly, I’d pick the Frenchie. I can dead-drift it and also swing it at the end of the drift. I’ve previously posted the recipe here.

I’ve never seen the Frenchie sold at a local fly shop, and so, I tie my own. I first learned about the fly as I started to experiment with the new European-style nymphing techniques. That led me to some Internet research.

I’m a big fan of George Daniel, who has written a key book about tightline nymphing. It’s the method competitive fly fishermen use. Then, I stumbled upon the video below. I always find it valuable to hear what flies people use in competitions. I’m happy to learn from them and mimic their techniques.

My version of the Frenchie is on a competition-style, barbless jig hook. They are razor-sharp, and the hook point rides up, which reduces snagging. I add a tungsten bead and tie the Frenchie in sizes #8 down to #18, with #14 the most common.

The #8, with a large tungsten bead, is useful when rivers are running high. The #18 is great for the Swift River, when I sight-cast for trout and want something small that doesn’t splash down and spook them.

The soft-hackled version in particular is deadly. When you sight-fish, you can see how a trout reacts to various flies and run an experiment. A SH Frenchie, paired with the WD40 fly, SJW or an egg pattern, have been the most effective combinations for the big rainbows on that river.

I also put a soft hackle on about half of the Frenchies I make. I use Hungarian Partridge feathers, which add tremendous movement to the fly and the multi-colored articulated feathers seem to magically attract trout.

Over time, I’ve seen that the most effective hot spot colors are chartreuse and pink. Many caddis seem to have chartreuse bodies, and I think the pink might look like an egg yolk. But, I’m just guessing.

Edit: Here are some I’ve tied. Not the prettiest, but they work pretty well: 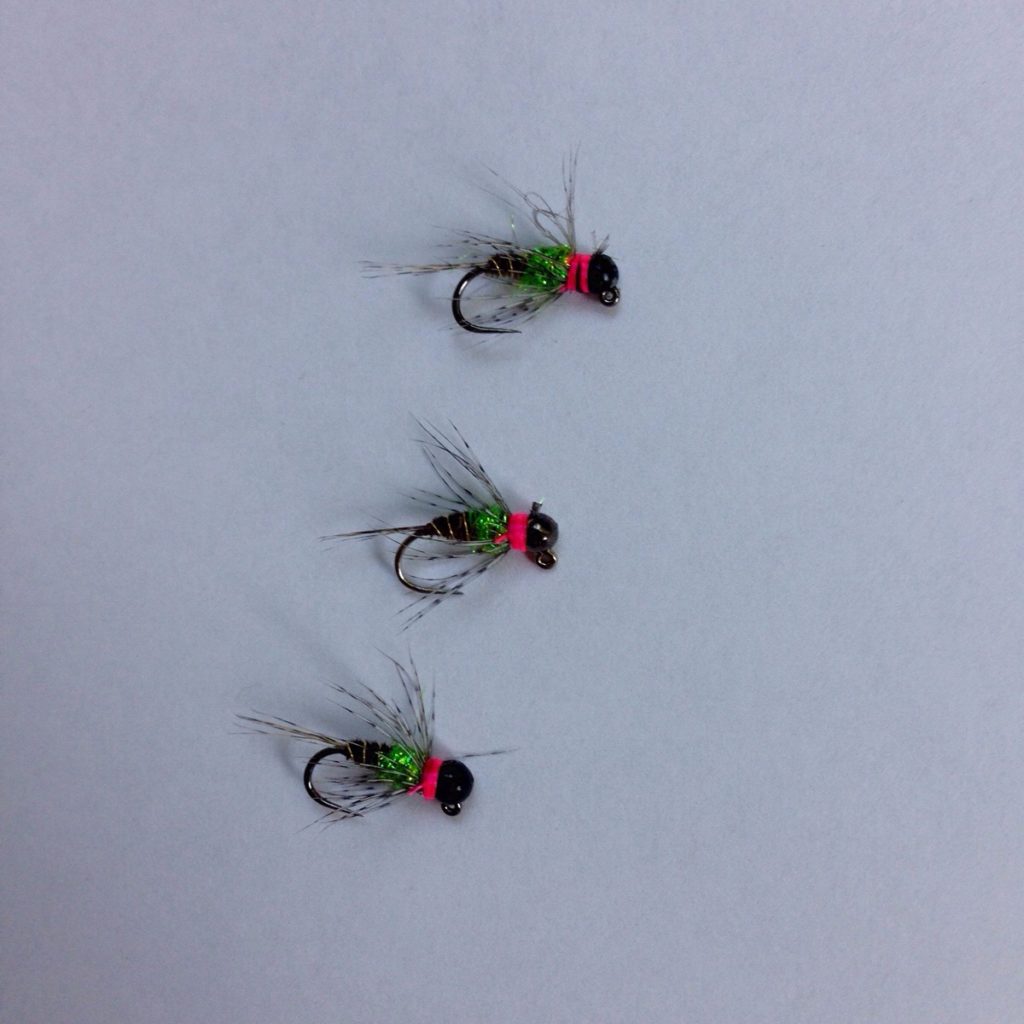 So, as you know, I’m very happy to share what flies and techniques work for me. So many people have helped me, and I’m happy to be an open book, too.

Get out there and fish!