Greetings during a rainy Sunday morning from New England, where our weather pattern this summer has been feast-or-famine. We appeared headed towards another drought in June, but our rivers and reservoirs are now bloated and over-flowing.

I fished on Saturday. I wasn’t planning to, but when I awoke at 4:30 am and checked some river gauges, some water levels were down, and I sprinted out of the house.

At the river, the flows were moderate and the water was a doable 62 °F. In the morning, I had stretches of water to myself and the fish were definitely active. Honestly, it was lights out at certain points. When we used to ski often as a family, there were the occasional perfect days when the lines were short and fresh powder was everywhere. Those were Top 10 Days. And, that’s how it was for me yesterday.

The water was stained but not overly so. The flows were high enough so that I didn’t have to sneak up on fish. And, there must have been a lot of biomass in the water because the trout were willing to eat. At one point, I had a fish on every two or three casts.

The two best fish of the day were browns that taped at 17″ and 18″. The former, the one below, looked pretty clean and fought very hard. As soon as it took a Squirmy, I felt a very powerful fish hunkering down and refuse to come up. I don’t think I’ve felt a fish that strong in a while. 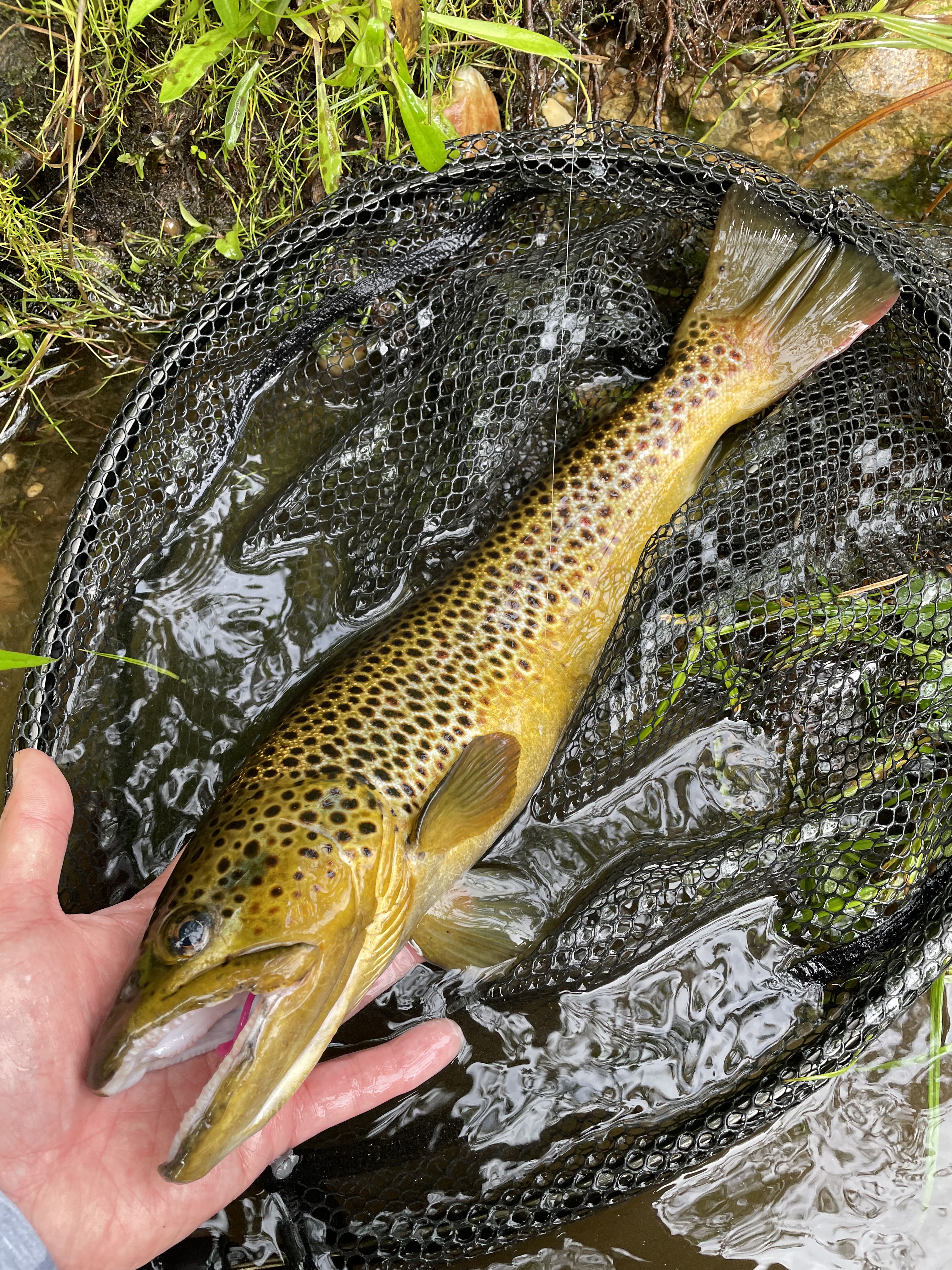 Thankfully, my Contact II did a great job of absorbing an unusual number of powerful head shakes. I let the fish do its thing until I could feel it tire a bit, and I then eased it above me before putting the wood to it with the rod’s fighting butt. What a fight and what a fish.

It was the prettiest fish of the year for me so far.

A bit later, this fat brown took a March Brown Flymph. It too was strong as it swam around in a panic. It had some interesting markings on its body.

The fish looked pretty pale, and although I didn’t see the usual indicators, I guessed that it was from the hatchery. 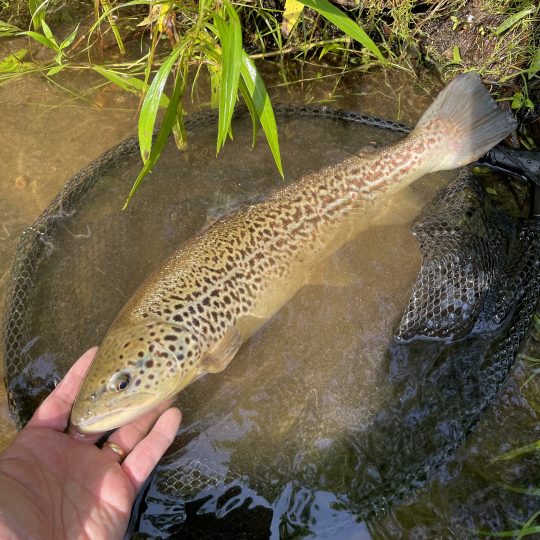 At one point, there were so many trout on the line that I started to rotate flies to see what the the fish would not take. Sadly, some experimental Caddis larvae flies of mine continue to be a bust. Many flies yesterday worked well, and fish didn’t seem that selective, but a size 16 Stonefly at one point had fish on every cast or two until the trout got wise. One thing I did notice was that the trout, unlike last time, didn’t want flies with action. Dead drifts were the game.

After lunch, I fished until the water hit 70 °F, at which point I stopped. By then, there were many anglers on the water, including the usual dry-fly regulars. They either didn’t know about the warming water or didn’t care. C’est la vie. 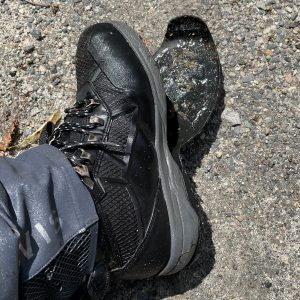 When I went to the car, I noticed the rubber sole on one of my wading boots had come off, which was odd. The boots were only a little over a year old. I called up the Orvis fishing department to get their advice on what glue or epoxy I should use. Instead, they offered to send me new boots.

“You sure?” I asked incredulously. “The boots are over a year old, and I don’t want to take advantage of the company’s generosity.”

“Absolutely,” he said, “those boots are designed for a four-year life if you’re a guide and seven or more years if you don’t fish as much.”

Like I said, it was a Top 10 Day. But, there was more in the offing. Dinner was a bacon cheeseburger and onion rings at a favorite local pub, complete with some brown ale. 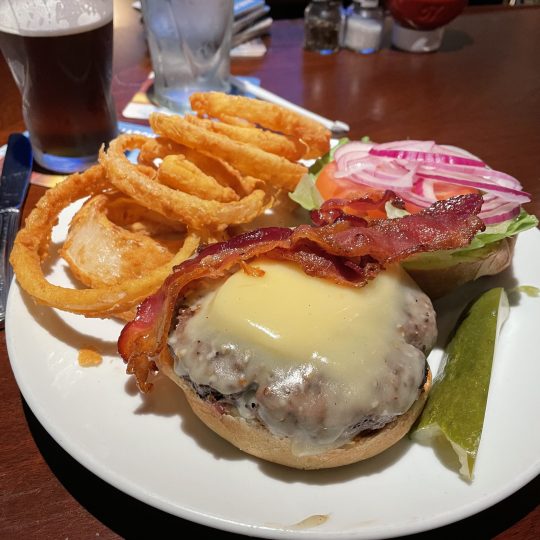 All in, it was a great day, one filled with serendipitous turns and many fish. I checked the gauges again this morning. The rivers are again up after last night’s rainstorm. Talk about good luck….

A restful Sunday to you and your loved ones.