I fished the Swift last Saturday with Alex Bagdonas. We started at the Pipe, where we ran into Jo.

Early on, I took several bows nymphing with zebra midges. As the air temperatures warmed and fish started rising, I took more on a swung soft-hackle-and-midge set up, mostly brookies. Although all fish took the midge, the soft hackle served as an attractor. I saw several fish follow the tandem rig before hitting. As the rising became more steady, I switched over to dries. 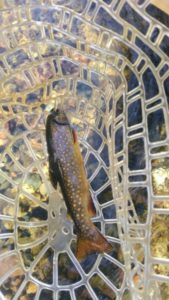 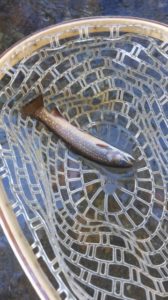 Fishing with tiny dry flies was both challenging and rewarding. I missed many strikes since I couldn’t see the flies. Eventually, trial and error brought several rainbows and brookies to hand. Patterns that worked for me that day included tiny BWOs, Winter Caddis, and a Parachute Adams. 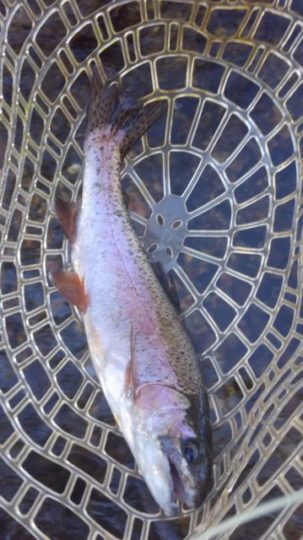 Later, Alex and I moved above Route 9. It was a zoo. The water was clearer up here and the fish more skittish. I hooked and lost a large bow and took a brookie sight nymphing in the Bubbler arm. Alex took some nice fish including a 14″. brookie. Eventually, I called it quits and drove the two hours back to New Hampshire. 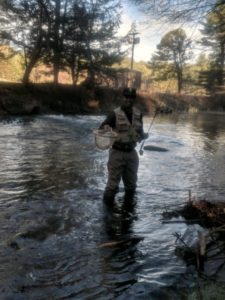