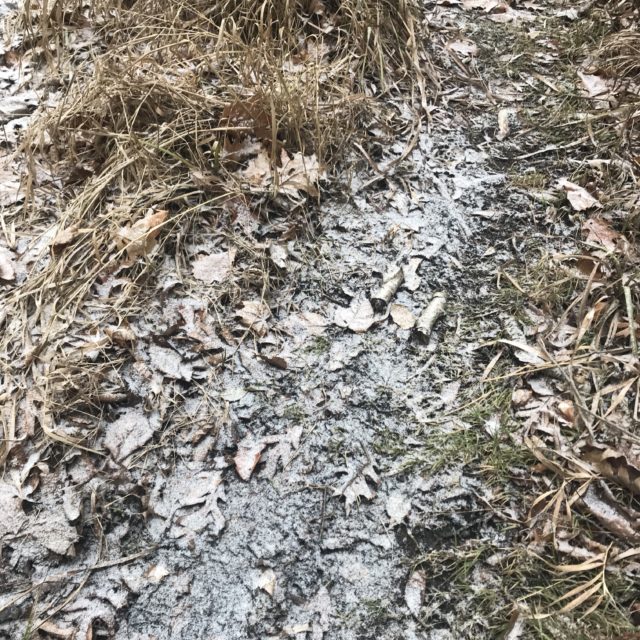 Snow started falling mid-morning and dusted the trees and paths. Everything looked grey but beautiful, too.

I brought two fly rods: my Thomas and Thomas Contact Nymphing Rod and a dry-fly one. I was hopeful for a strong Winter Caddis hatch.

I started throwing streamers, as Damon Matus’ post really inspired me. It was slow. Fish were not in the fast or slow riffles, at least for me. So, I moved to deeper runs and promptly dropped three fish. They didn’t feel that big, but, it would have been nice to see them. 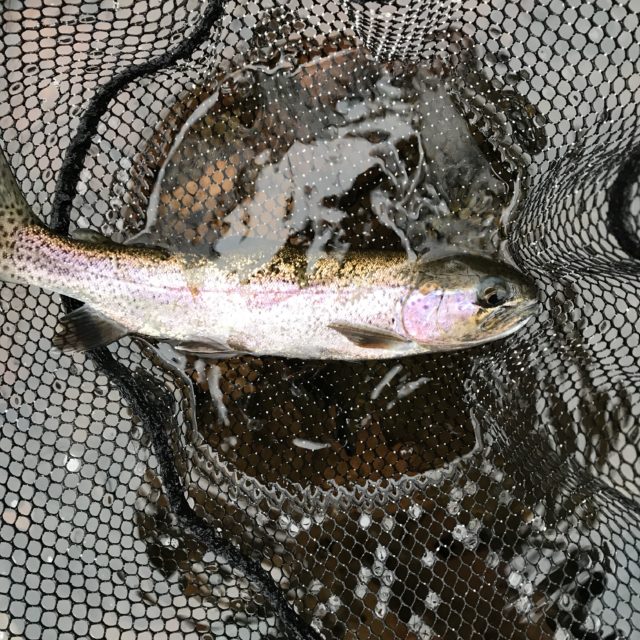 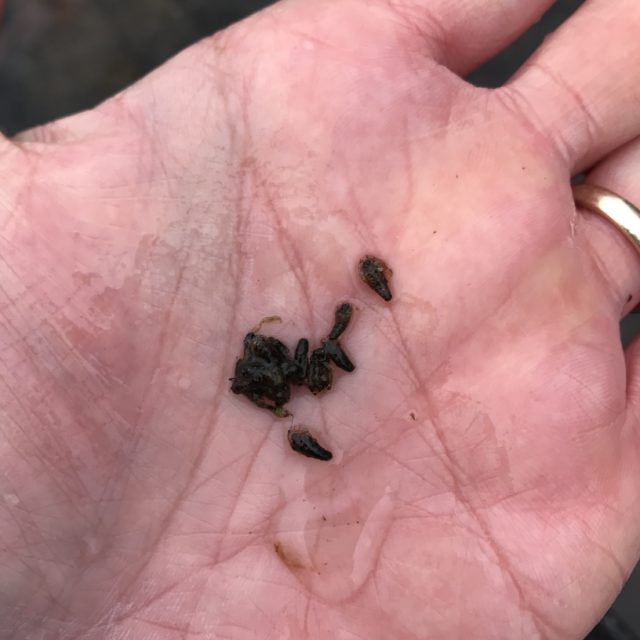 I put on some nymphs and started to Euro. A grizzled rainbow came to the net. The take was soft, and it fought well. It was loaded with Caddis Pupae.

At this point, amazingly, Damon came up and said hello. I mean, what are the odds?

We chatted a bit about flies, spots and strategy. He graciously invited me to join him at one of his “streamer honey holes,” and I gave him some flies.

I told him I would catch up with him, as I wanted to finish working the run in front of me.

After a few casts, there was another soft take. A really strong fish was on. You know the feeling: excitement and dread that you might lose the trout.

The fish pulled me downriver, and I picked my way towards it, wanting to keep it slightly upriver from me. Side pressure did the trick, and, soon, this 16.5″ post-spawn brown was in the net. 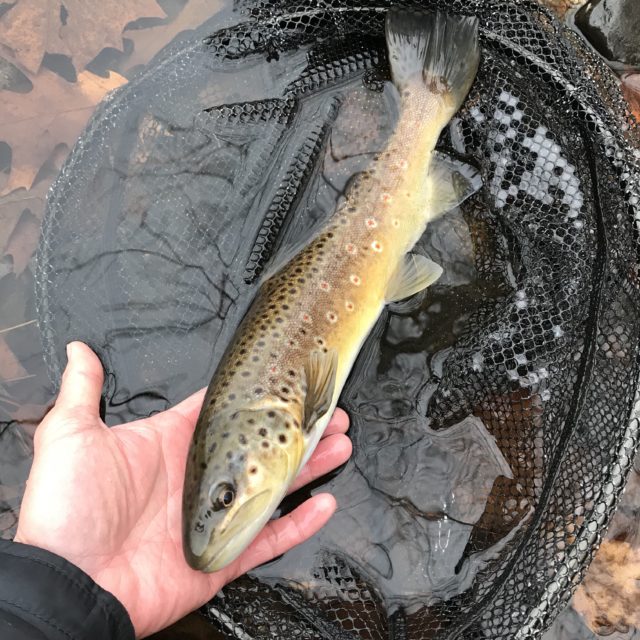 The colors were amazing. The photo doesn’t do justice to the beautiful spots on its side. It took a #20 Rainbow Warrior.

A few fish started to rise sporadically. I retrieved my dry-fly rod and tried my best. Nothing. Still, it was pretty cool to see rises during a snowstorm.

After, I caught up to Damon. He was doing quite well, and I suspect you will see a blog post from him. I don’t know much about streamers, and he patiently answered my many newbie questions.

After a bit, we parted ways. I hit another spot and was blanked. At that point, the snow was really coming down. At 1 pm, I decided I was good to go, reeled up and started the long drive back. 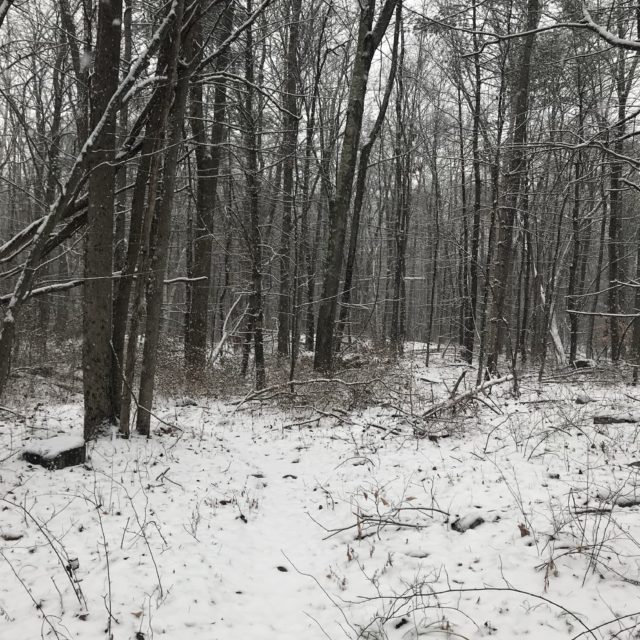 It was slow going on the roads, but, it was so worth it.

10 thoughts on “Fishing During the Snowstorm”