I hit the same area where I went last week and had some good success. With flows back to normal, I wanted to see whether the fishing would change.

I arrived at dawn. Already, fish were rising for Farmington Caddis. Now, that bug (Dolophilodes distinctus) is interesting. It does not sprout wings until after it rises and scoots to shore.

I’ve made some flies to imitate them. They don’t work!

With the skunk off, I decided my goal was not to catch the most fish. I wanted to max out on learning. I had a captive audience of rising trout and an adjacent nymphing run, and I wanted to change a few variables. So, I fished different types of flies and used different techniques:

None worked. So, I started to tightline nymph with a Stonefly and an old reliable, a #20 Midge Pupa. Nothing.

So, I put on another reliable, the #20 CDC Soft Hackle. Nothing.

With the rises getting infrequent, I decided to stop and go back to dries. After seeing many refusals, I went with a very small fly. I threw a #24 “Big Eye” Parachute Adams.

Suddenly, a strong tug and a spirited 13.5″ stocked brown came to say hello. 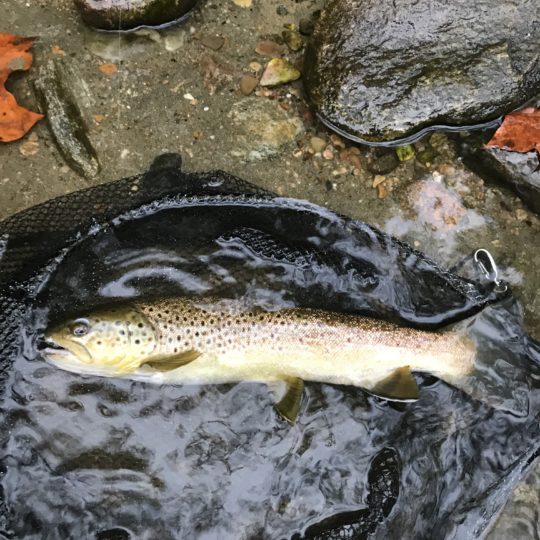 Periodically, and rarely, I would see two fish rise about 15′ away. They looked good-sized, and I thought I’d go for them.

The Adams failed to dupe them, and the X-Caddis afterwards also struck out.

So, I looked at my box devoted to tiny flies. I saw a #24 Midge Emerger that is reputed to be a miracle fly but has never worked for me. I put it on. By this point, I was wondering if the fish were wary, as they were quite close to me. Plus, I was tired. So, I sat on the rock and started casting.

On the second cast, a beautiful fish rose, took the fly. I waited a second and set the hook. This 13.5″ brown flopped in to the net.  Given its intact adipose and robust pectoral fins, and lack of elastomers, it looked wild to me. 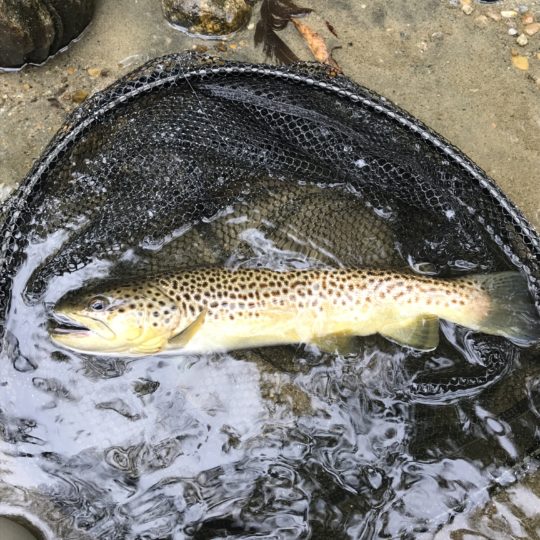 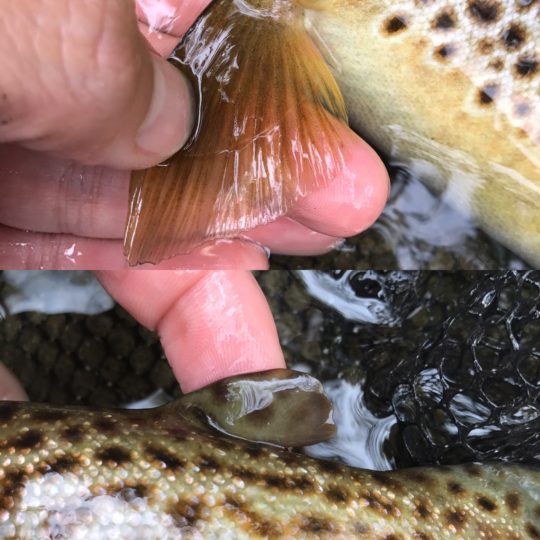 That cracked the code. More fish, browns and rainbows, came for that fly and other small ones. In the end, I caught both of the good-sized ones.

I’ll blog about that emerger pattern in a future post.

As the sun rose higher and it hit 12 noon, the rises stopped. So, I decided to grab the Euro rod one last time. I fished the same seam that this morning appeared barren. Rather than a #20 dropper, I put on a #26. Same pattern as the one used in the morning, which didn’t work, but just smaller.

A very strong fish pulled and pulled over and over. The other fish were strong, but this felt unusually so.

In the end, I tamed it. A 15.5″ brown. It had beautiful colors, a strikingly perfect dorsal fin that just stood up, and an intact adipose. No elastomers. I think it’s wild. 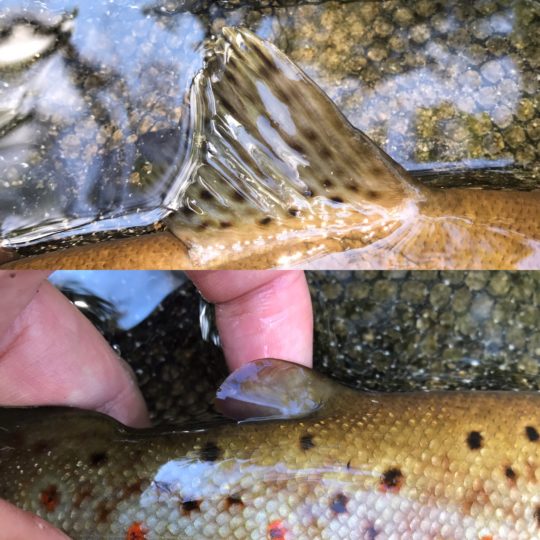 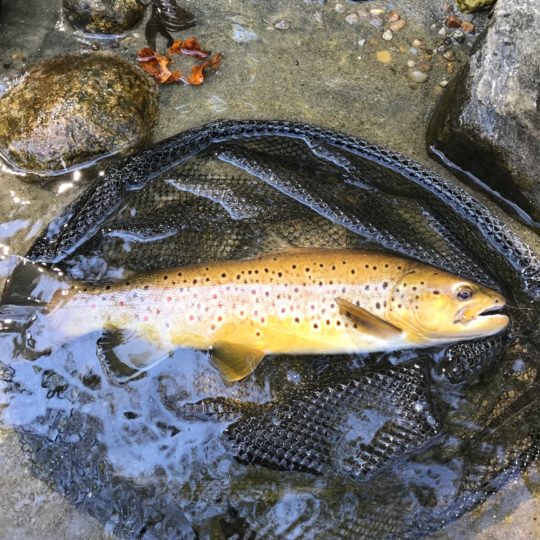 And, here’s a close-up of the fly in the fish’s jaw. Am so glad the hook held! 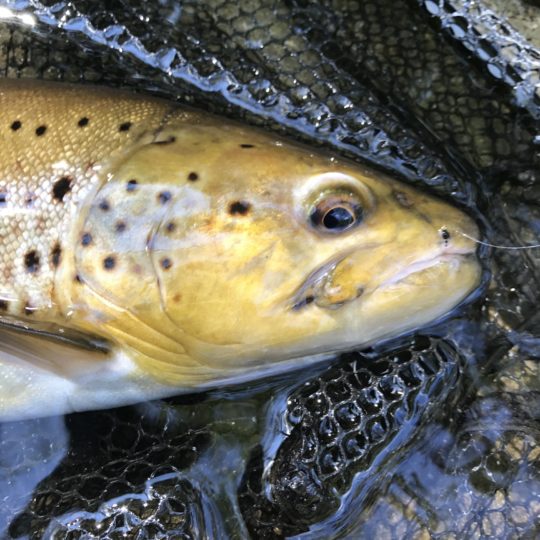 Hope everyone is having a great weekend.