The Euro-style Golden Stone has duped many big browns for me. It’s an easy fly to tie, as it’s basically a Pheasant Tail with a few tweaks.

I fish it as an anchor fly in my tightline nymphing set-up. I’ve noticed that browns tend to go for it, whilst rainbows still tend to prefer the Frenchie. So, I often fish both, particularly if the water is fast and I need to get my flies quickly down into the strike zone. I also tie a Pat’s Legs version.

A stonefly was also the #1 fly for me at the Westfield yesterday (more here). Given the plethora of dragonfly nymph shucks on rocks, I’m guessing that the fly did a decent enough job mimicking a Gomphidae bug (thanks to Adam for identifying the shucks). On a tough day featuring bright sun and very low water, I’m grateful I found a fly that worked consistently on what ended up being an 11-trout morning.

Here are some of the larger browns I’ve landed this spring. A stonefly accounted for many of them. 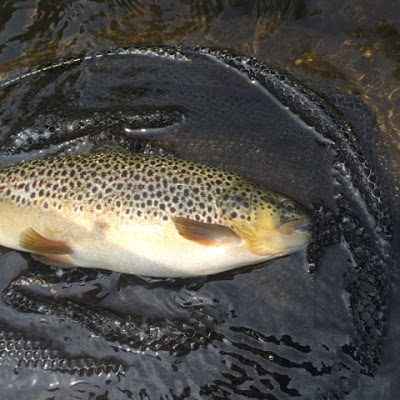 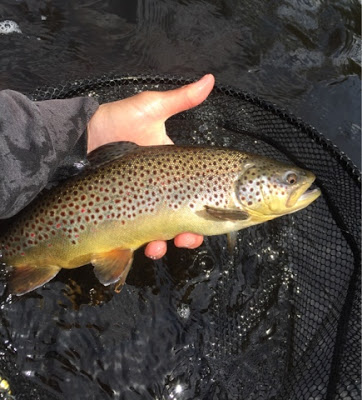 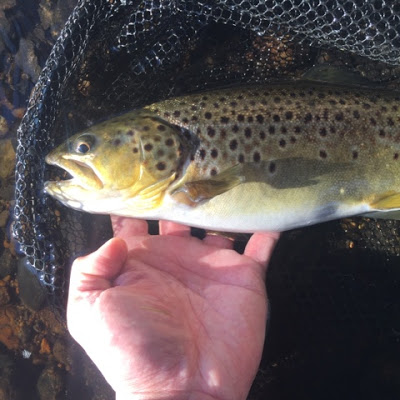 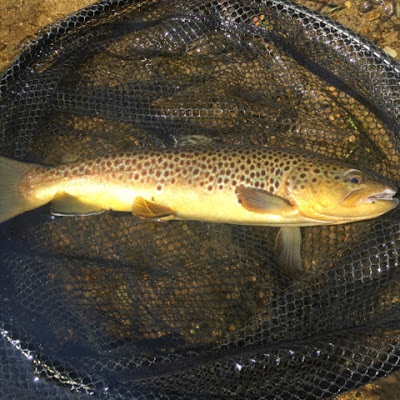 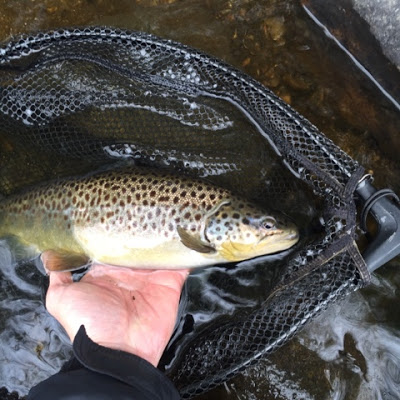 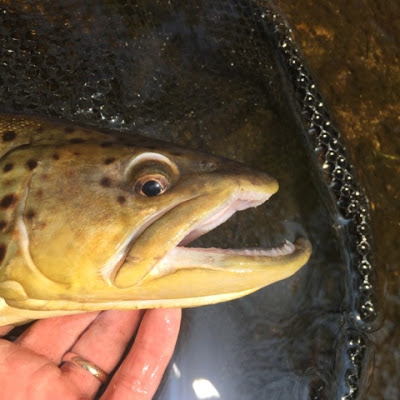 3 thoughts on “The Euro Golden Stone”