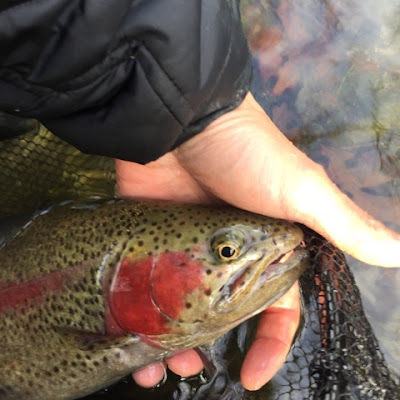 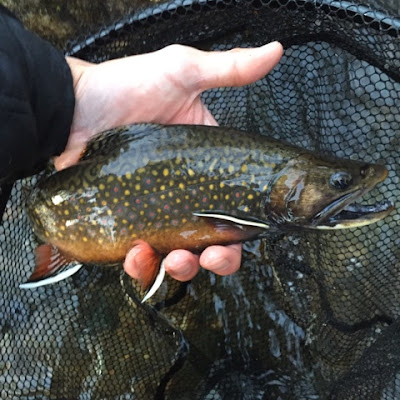 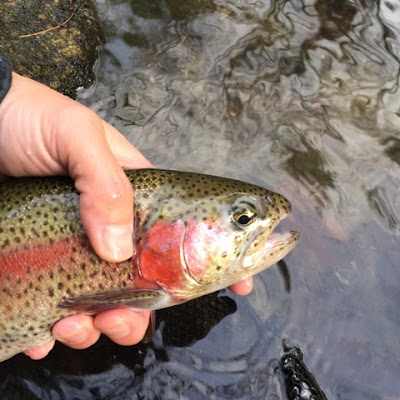 I awoke at 4 a.m. on Black Friday in order to get to the Swift before dawn.

The morning started with a bit of frustration, as I went one-for-seven with dry flies. Seven takes and one landed, with three fish popping off in the middle of the fight and three missed hook sets. When surface action stopped, I switched to nymphing and landed quite a few fish. I wasn’t counting but it felt like two dozen or so.

Just note that the river is completely packed. People will move in within 10 feet of you without asking and fish. This happened twice to me, but, hey, I think that’s the price of fishing a popular river on a holiday weekend.

Most folks, however, were super nice. I enjoyed meeting David and his extended family, who were visiting from Ireland and Seattle. Good to say hello again to Dan Trela and Wooly Bugger George.

Best flies for me and those around willing to share: (as usual) small nymphs. I stomach pumped a trout and it was loaded with small grey scuds, and so, my small soft hackle did well. David reported that a light-colored WD-40 also did well. I didn’t get any takes on my dark-colored ones. An angler next to me did well on size 22 midges (black thread, CDC for a hint of a wing). I also had quite a few takes on midges, like the Miracle Nymph.

Looking forward to the Patriots-Broncos game. Might be snowing, which should slow down Denver’s pass rush, and the Patriots tend to outplay their opponents when there’s snow. Fingers crossed.

20 thoughts on “A Black Friday Outing”