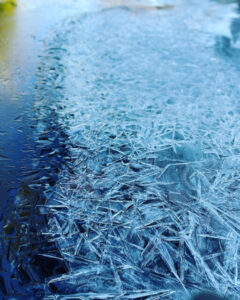 Even though fellow blogger Ashu Rao has moved to Maryland, we stay in touch and give each other fishing reports. So, it was a real joy and privilege to be able to fish with him while he was up North for the holidays. Even better: fellow blogger Joel Watson and Ashu’s friend Carter Abramson also made the travel team.

We met up in the parking lot and shook hands as some of us had not yet met each other. The air temp was 19 °F at that point. Then, we got to work in the 32 °F water, managed our iced guides, and were onto fish early but not often. It was one of those hard-work days, but it was quite beautiful out. And we hardly saw any other anglers.

I find that winter fly fishing requires versatility: we tightlined, streamer-fished, swung flies, and used a bobber when needed. There was no hot fly, and I went three-for-three with an egg, a Walt’s Worm, and a jig streamer. I didn’t want to deal with ice on fly line, and so, I Euronymphed with an all-mono set-up. My prettiest ‘bow had a touch of yellow, which I find happens in certain waters in the winter. It fought well. 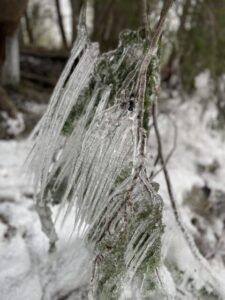 Walking around required care. The rocks on shore were covered with thick, clear ice and the paths had ice on them as well. But it made for an adventurous outing, and we almost felt virtuous.

By 2 pm, I had to call it quits, as the back started to seize up. My duck-hunting waders that I use in the winter are quite heavy and did a work out on my Old Man back. The Young Guns of course were still eager to fish and so I said my farewells.

Fishing with the Young Guns was fun. I’m lucky in that I am around Gen Z and Millennials nearly all of the time. My second job involves teaching at a local business school, and I’m one of the older writers on our blog. I like how energetic and optimistic young people are. They give me hope.

The Young Guns were a formidable angling group: Carter guides in Colorado, and Ashu and Joel are ridiculously fishy. And they’re fun guys to be around. Everyone was quite chill and generously yielded spots once they landed a fish so that others could have a shot. I love fishing with people who are great anglers and also awesome human beings.

The sky was ablaze with color as I got home. It was time for a beverage on the rocks. A good day to be with old friends and to make a new one.

I hope you’re enjoying the holiday season. Tight lines to all as we ready to usher in 2023…. 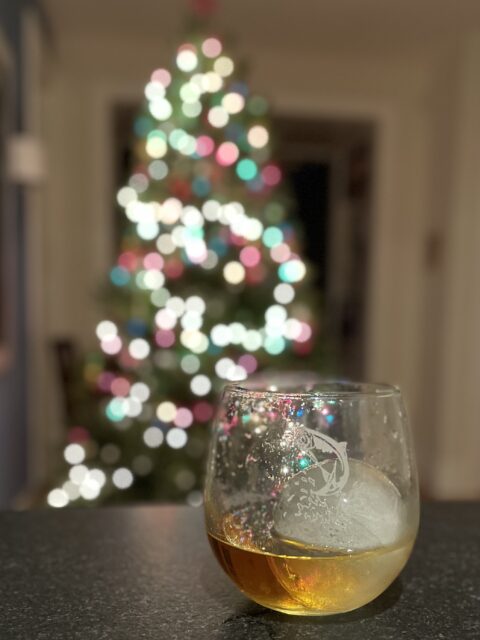