Our blog team met up at a house on a river. We were full of excitement and anticipation to see one another and have a shot at wild-and-large brook trout and landlocked Atlantic salmon. This felt like a trip years in the making. Two years ago, only Ashu and I were able to make it up and, last year, a wee bit of a pandemic shelved our plans.

Our deal this year was simple: we’d share the lodging costs and one guide day, and each angler would be in charge of dinner for one night. And, we’d fish as much as possible. 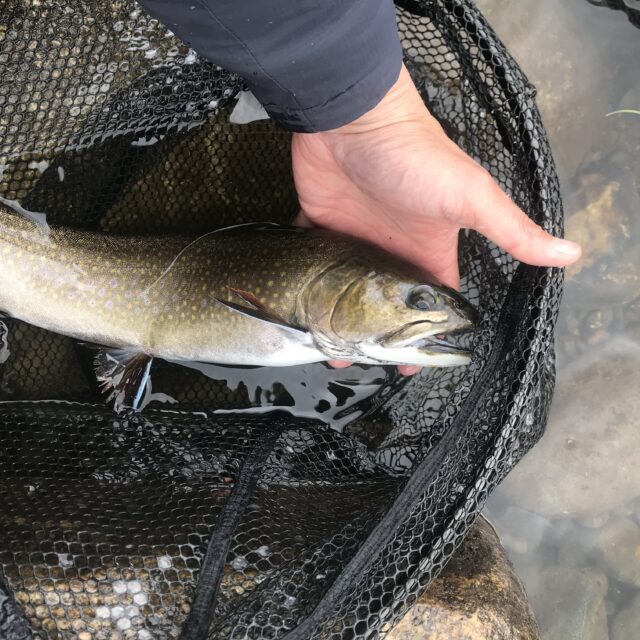 I arrived early on Day One and was fortunate to run into an 18″ brookie when I luckily crossed paths with a Hendrickson hatch. I had a bigger fish on at one point, but it surged below me and the barbless hook popped off. That definitely got my adrenaline going!

After that, it was hard work. The wading was pretty treacherous. I was dunked once and at one point slipped among the boulders, flat on my back. And the fishing wasn’t easy. I ran into other anglers during our outings, all of whom were friendly and many of whom had been visiting the same runs for decades. Most reported few takes and even fewer fish landed. I think there’s something about big, wild fish. They’re good at detecting predators, and I don’t think piscivorous fish feed that often. At least that’s what I told myself when fishing was slow. 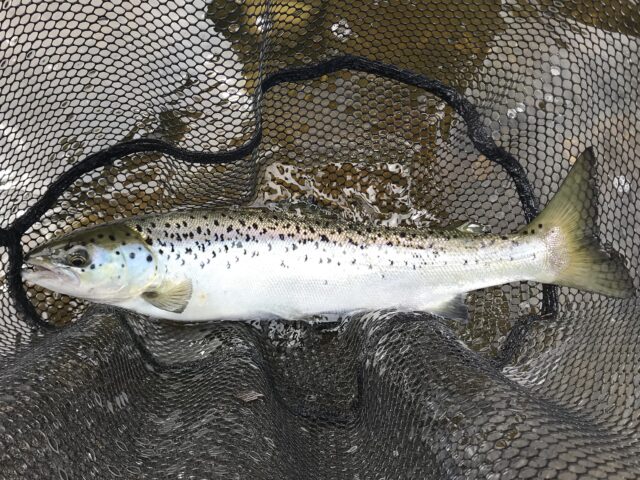 Still, I struck gold when a good-sized salmon (16″ to 17″?) at a deep hole decided to eat a morsel. And, when I unfortunately had to leave early due to a family emergency, the guys generously let me have a shot at rising fish, where I duped two on dries.

We had a great day with a guide, who shuttled us to a choice spot. 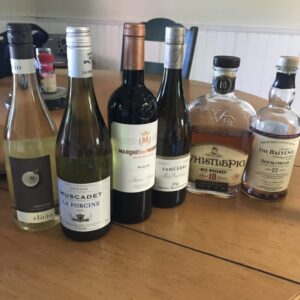 One of the highlights for me was to hang out with the guys. Ashu, Bill, Joe, and Jamie comprise a fun group, and Jamie noted that we had an angler representing each decade, as our team spanned a spectrum of ages from the 20s to the 60s. I guess fly fishing is what unites us all.

Joe did a masterful job of using a wood fire to make us venison burgers (from a deer that he himself shot and harvested) as well as an upside-down pineapple cake cooked in a dutch oven among hot coals. I think my Bolognese sauce one night did a passable job.

Evenings were a joy, as we chatted about the day and re-fueled. I’m hoping the other guys will write a few posts and put up their pictures. Some of the shots are just stunning, and they did really well after I had to leave. I’m not surprised those guys got dialed in. They’re highly-skilled anglers. What a crew!

A safe Memorial Day for all….