Like many anglers who learned a cast or a tip from Bernard “Lefty” Kreh, my son and I both feel a bit of a connection to the legendary angler.

Maybe, it’s more like a small debt.  Or, a dash of jealousy, even, as Lefty was a person who accumulated multiple lifetimes of fishing knowledge and had a passion for sharing that knowledge with friends and strangers alike. 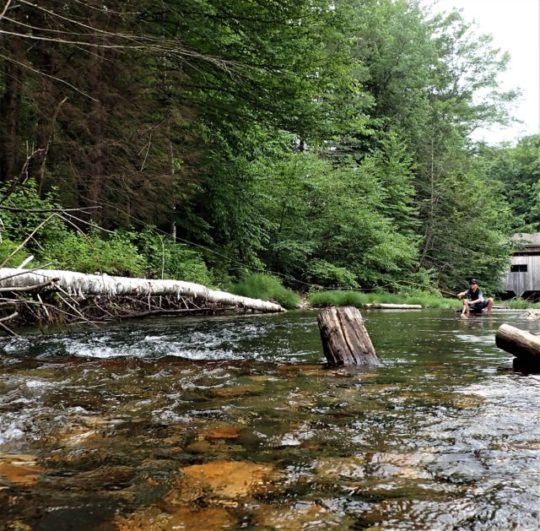 In case you aren’t familiar with Lefty Kreh, he was a writer, photographer, guide, and angler for over six decades.  He authored over 30 books, received every angling award I’ve ever heard of, was quick with a joke, and even quicker to help a friend in need.

The ubiquitous “Lefty’s Deceiver” fly can be used to fool a bonefish in the morning and to mail a picture of your catch in the afternoon, as it was featured on a US postage stamp.

Also, Lefty fought in the Battle of the Bulge in World War II and was one of three servicemen to contract anthrax.  Being the only one who survived, there is a strain of anthrax named after Lefty called “BVK-1” (his middle name is Victor). 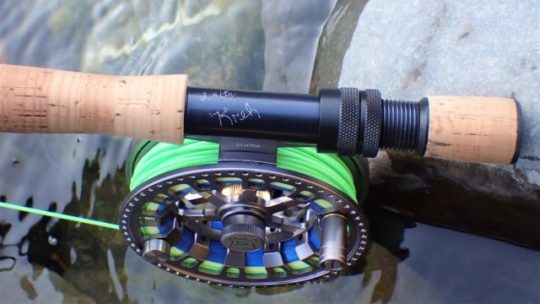 My son and I had the pleasure of seeing Lefty give a fly-casting demonstration at The Fly Fishing Show in Marlborough, Massachusetts, in 2011.  My two year-old son stood and quietly observed the casting lesson without fidgeting.  To explain this to non-parents, it’s like watching an ant that stops to contemplate a crumb instead of of climbing all over it.

Lefty wished that his flies, books, and fly fishing gear would be sold to benefit his family, and after he passed away in 2018 at the age of 93, many of his fishing belongings became available in an estate sale.

Importantly, his tying desk and special edition Renzetti Master vise were donated to the American Museum of Fly Fishing in Manchester, Vermont.  The fishing public had the opportunity to bid on books, flies, reels, tools, materials, line, and, of course, rods owned by Lefty through Lang’s Auctions.

Many lots were pretty pricey, even early on in the bidding, but there were a few fly rods on which I had my eye.  There was a lot of two Sage fly rods, one an 8-wt. RPL, and, the other, a 4-wt. LL.

The old LL from the 90s is a rod for which I have already professed my love in terms of how pleasantly it delivers dries to hungry trout. A canary-yellow paint job made this particular LL even more unique.

The rod tube was boldly covered with bright yellow tape marking it as a “photo rod,” presumably, so it would not be taken fishing by mistake. Many online videos show Lefty using yellow rods, so they would show up better while giving casting demonstrations.

I was thrilled to be the winning bidder at the close, and though the rods were expensive, I find it an ironic twist that the two rods together cost less than a new Sage LL (Sage announced they are reviving the Light Line series, to be released in 2019).  I simply could not wait for that mail day!

When the rods arrived, I was in for a few surprises.  A distinct attention to detail was apparent.  Lefty had added a canvas carry strap at the center of each rod tube, held fast by pipe clamps.  A plastic tether attached to a drill hole in the end caps of the rod tubes ensured they could not get lost. Lefty had signed his name with an engraver on the butt of both rods.

Over the next few months, I tried to figure out what to do with the yellow LL.  I didn’t want just to save it: that would defeat the purpose, as I’m not a fly rod collector.  Still, I was nervous to use it, lest I damage it.

Where should I fish it first?  What species should I chase?  If Lefty only used this as a photo rod it, seemed quite possible that he never actually caught a fish on it.  After several months ruminating, I finally hatched a plan to christen the rod by having my kids use it to target native brook trout with dry flies.

When I finally strung it up stream-side to have my 10 year-old son use the rod, it didn’t go as I had envisioned.  It was June, and, the day before, he had been fishing upstream with small weighted streamers (and, taking many brook trout), using a method I would call “dredging.”  It is the antithesis of my small-stream dry-fly approach, and one he came to independently.

We took out the Lefty rod, and I tied on a dry for him.  He cast resignedly in one pool, suddenly quiet and sullen.  When I asked him, “What’s the matter?,” he said “I want to fish with a streamer on my rod.” A bit perplexed, I swallowed my disappointment and assented.  We went back to the car to return the Lefty rod.

As soon as I started out-fishing him with my dry, he switched over to a dry himself!  We ended up having a ball that afternoon and landed many little native gems.

Lunch time found us moving to a scenic spot on a tiny stream.  We finished our sandwiches, and I asked him to cast the Lefty rod so I at least could take some photos. (The bright yellow really does work as a photo rod.)

We then found ourselves working down to an alluring pool, and my son handed me the yellow rod, while pointing with his finger.  “There might be a brookie right there, Dad,” said my new guide.

I obeyed and flipped an elk hair caddis up as instructed, and a sudden purple flash tightened the line.  I was in the moment, and casting was just plain fun.  The rod felt alive.  The trout wiggled off.

I cast farther up the pool as my son instructed, not expecting there to be another brookie in this pool.  Another fish was on, and I felt the rod pulse with life.  I played the fish slowly, and the hook came out.

“Cast right to the top, all the way up,” my son said, getting frustrated with his sport’s inability to land fish.  I obliged, and, yet again, the fly disappeared.  I realized that I was casting with the elusive essence of unadulterated pleasure that we all associate with the ideal of fly fishing in our mind.

My son had helped me let all of adult life’s complications fall away long enough to simply enjoy a nice cast with a great rod. These spontaneous unplanned moments that capture the “fun” are why I love spending time fishing with my kids. In this case, it happened on a stream you can step across, while most adults think these moments can only come with exotic destinations or gold medal rivers.

After my wife and daughter joined the trip, we took turns with the “Lefty rod.”  My seven year-old daughter, Brooke, true to her name, caught a nice brook trout on her first cast! (I think she was the first to actually land a fish with the rod, possible including Lefty himself).  My wife landed a few as well.

My son later tested the rod out in a few pretty spots, and though he doesn’t remember it now, I’d like to think that his neat double haul has it’s origins in watching Lefty’s lessons when he was a tyke.

I’m excited that the kids and everyone else I get to share the rod with become examples of Lefty Kreh’s impact on multiple generations.  This unique fly rod is a physical representation of the rewards of passing along knowledge to others, particularly to new anglers.  Most importantly, it’s a really fun rod to fish.

I hope that Lefty would think we got some things right. 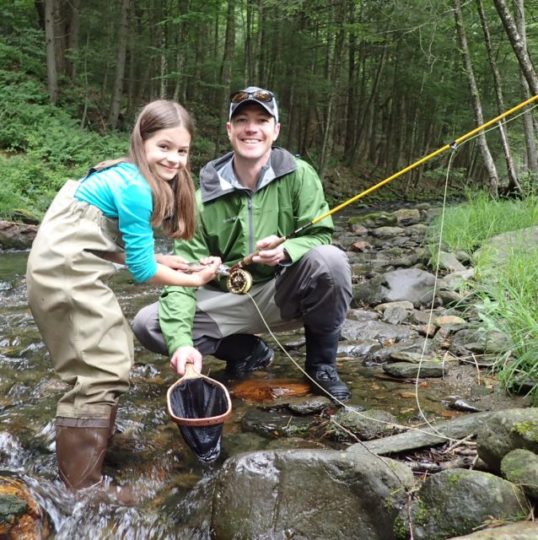 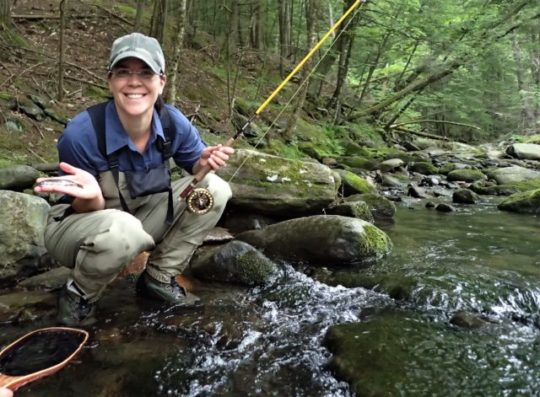 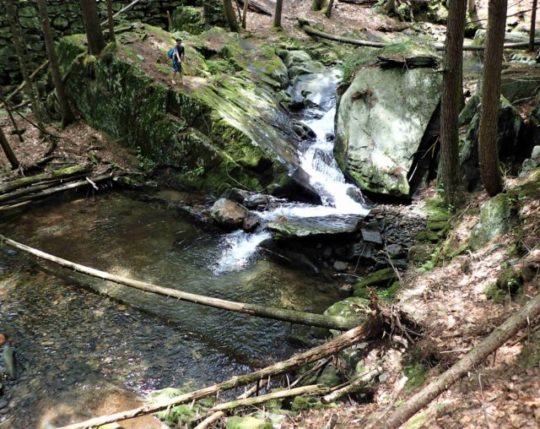