I fished the Deerfield on Saturday. Since I slept in after a late night, it was a fairly short trip. Still, I was able to make the most of it. We had a slurry of action right away. I got into a nice brown and Pete broke off two big bows. After that, the action slowed way down. We cherry picked the best looking water and only had a handful of misses to show for it. However, towards the end of the day, the bite turned back on. In a span of 10 minutes, I went 2 of 3 with a sucker and a nice bow. 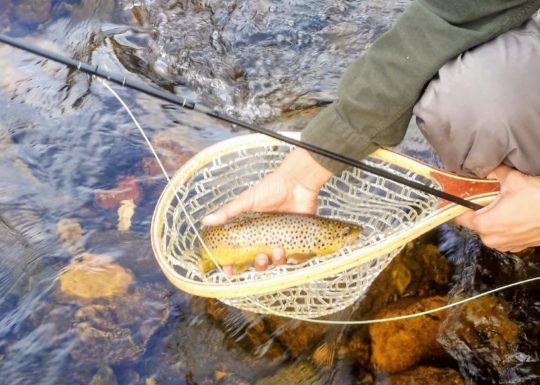 Even with the lack of action, my impression of the Deerfield was favorable. There is plenty of good water to cover, some of it hard to access. In addition, there are many holdovers and even some wild fish. Pete and I fished in a fairly hard to access stretch, leading me to believe the fish we hooked were wild. Perfect fins and white tips. Also, most of the action was more towards the middle of the river. We didn’t have too much luck in seams near shore. This may be due more to fluctuating releases from upstream dams than anything else. The fish stay more towards the middle during low flows and move out once they release water. Since we got there two hours before the scheduled release, we didn’t want to risk it. 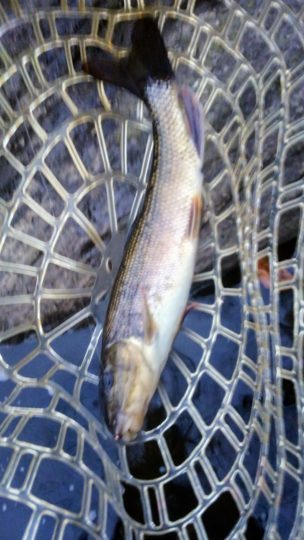 I also want to thank blog reader Ben Liang for pointing me in the right direction. Ben was setting up at a popular pullout when I ran into him. We chatted for a while and I explained that it was my first time at the river. Without hesitation, he told me about some good spots in the river. We need more anglers like Ben and that is the point of this blog.

7 thoughts on “A Short Deerfield Trip”