It’s my birthday this month. When the Mrs. asked me what I wanted for my birthday, I said: “Fly fishing!”

So, today was the day. Last night, I was a bit paralyzed about where to fish. Work and family stuff, i.e., Real Life, has taken up a lot of my time. To have a whole day to fish was a real treat, and I really wanted to max out.

In the end, I opted for the Swift. I wasn’t keen on the long drive to the Farmington, and many more local waters are still very high. My strategy was to fish the Swift, but, try and avoid the crowds.

I decided to hit a few spots, starting at the Hatchery Pipe area before dawn. My plan was to move south to Bondsville and below.

I arrived at the first stop and patiently waited for some light. 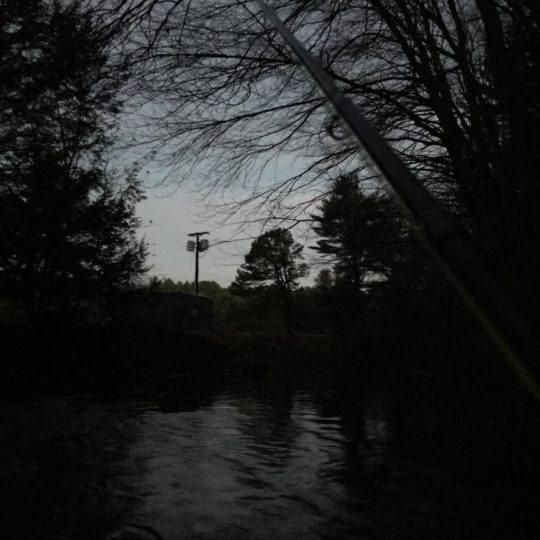 The air was cold, and I saw no bugs that early in the day. But, the fish were willing. I caught a pile, and this rainbow was quite a fighter. 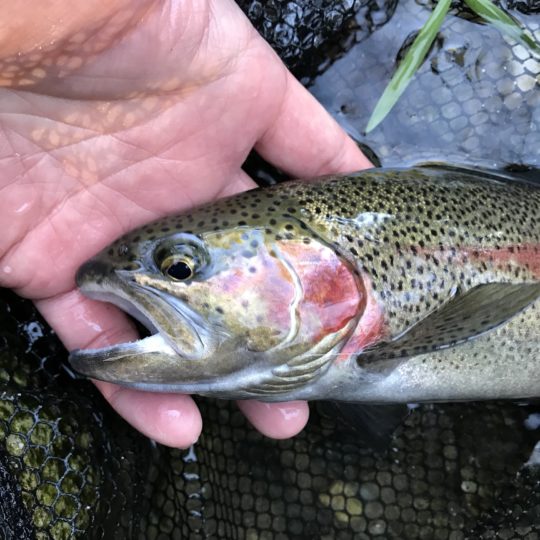 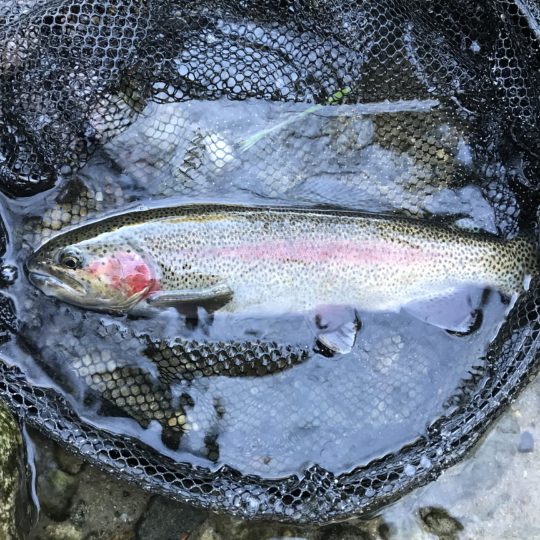 As the anglers proliferated at the C&R area, I headed for the dirt lot. I crossed paths with one of the Swift regulars, who fishes nearly every day. Just then, a Mass. Environmental Police SUV pulled up. The officer had just busted someone with NY plates who was using bait. She was looking for people down-river, who had with them oodles of buckets. Planning a fish fry? After a friendly conversation, the officer drove away. I’m glad they’re enforcing the regulations.

My friend and I continued to chat. We compared notes. This person is one of the most capable anglers on that river–and, yet, he is incredibly kind. That’s a rarity, IMO. He and I both avoid the one or two pompous anglers who fish the river. We said our farewells, and I went to the next destination.

At the next stop, a very good-looking brown aggressively took a Rainbow Warrior. It had a translucent dorsal and fully formed pectoral fins. Are there wild browns south of Bondsville? 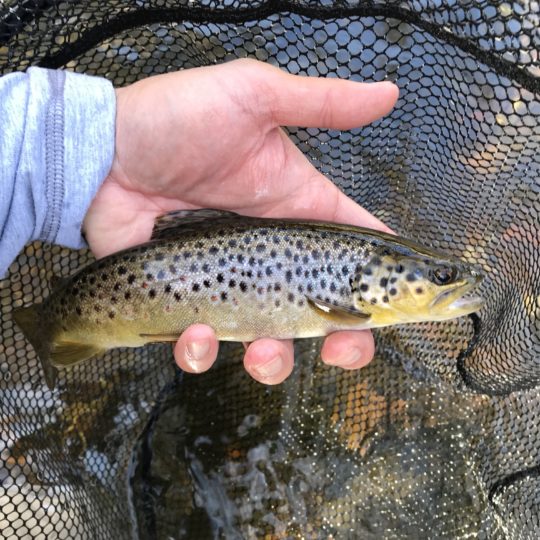 I headed further south. And, there were quite a few brook trout and some rainbows, but, they required work. I fished a lot of water, some of it new to me. Many runs seemed devoid of fish. With the river low-ish, they were in the deeper sections with broken water and required much walking to find them.

The further downriver I went, the more I saw brookies starting to stage for their autumn spawn. The JT Special continued to dupe them. The Rainbow Warrior also took a toll. I didn’t have to change flies much. 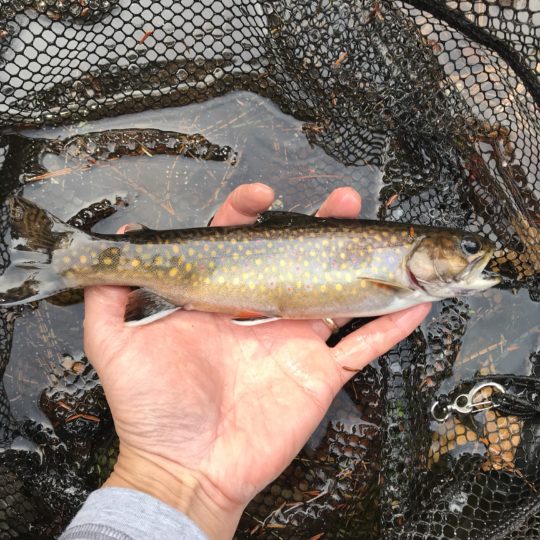 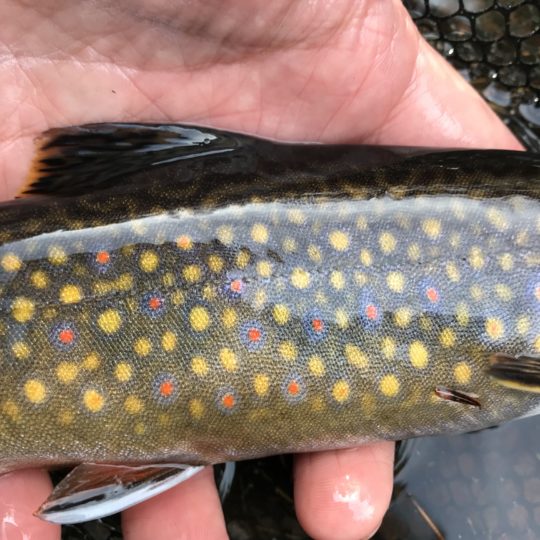 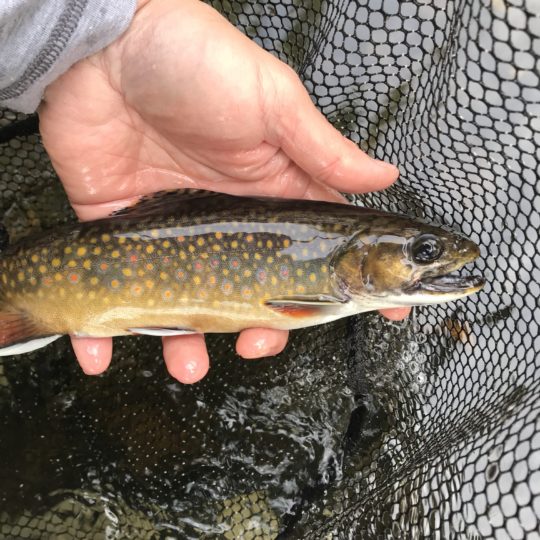 At Bondsville and below, I was the only angler. 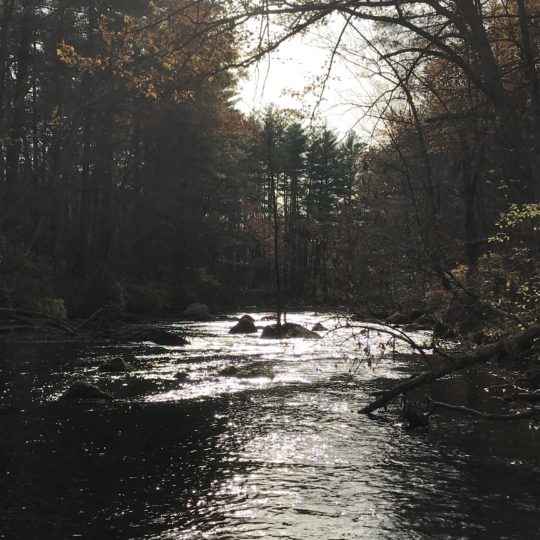 In the end, it was a double-digit outing. 15, maybe? Lost a few, but not too many. A beautiful day.

13 thoughts on “A Tailwater Outing”