The day started early with some fly tying before dawn. I wanted to goof around with an emerger pattern. 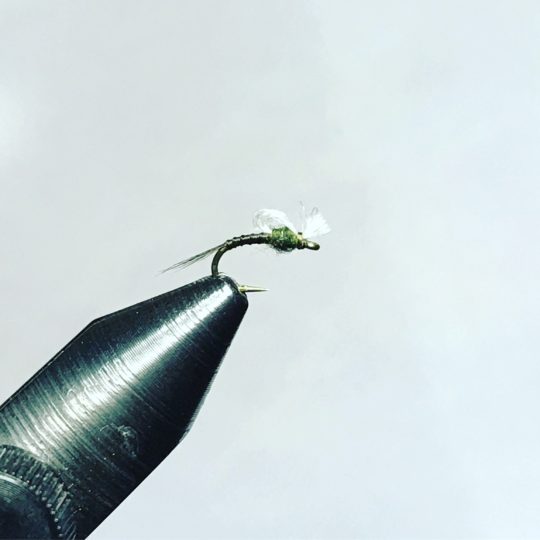 When I hit a favorite spot, fish already were rising consistently and Caddis were popping everywhere. The new emerger worked, as did the X-Caddis with some pink CDC. Yes: pink!

I also hit some other spots and nymphed and threw dries. Some spots were bone dry. Others yielded a few fish, but it took a lot of work.

I called it quits mid-afternoon as the action was slow. Plus, I was getting pretty tired. So, a short post, as my dinner is about to be served.

In the end, I went nine-for-11. This 14” brown was the best fish of the day. Notice the red elastomer behind the right eye, which denotes a fish stocked in 2016. 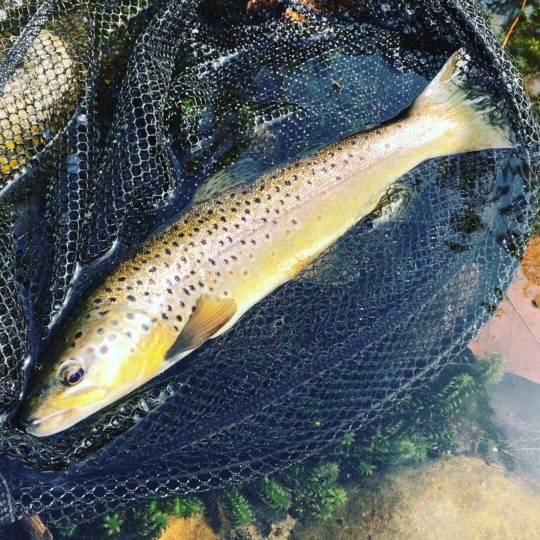 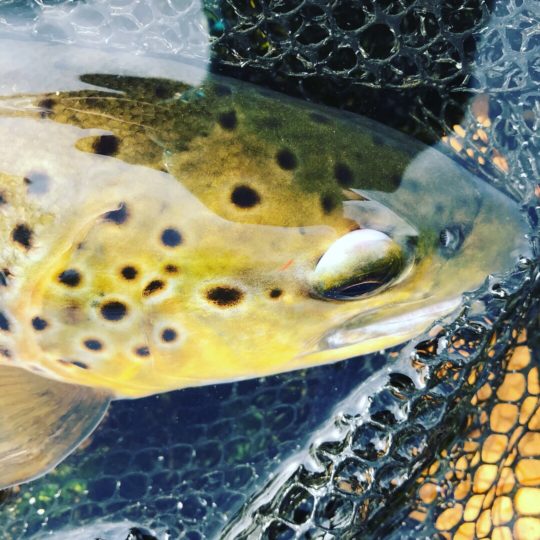 Also fun to land was this brown. It took a dry and leapt around like a beast. There’s an orange elastomer behind the right eye, denoting a 2017 stocking. 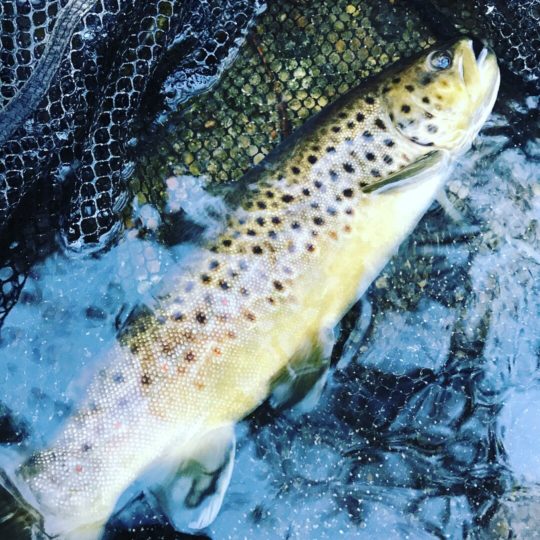 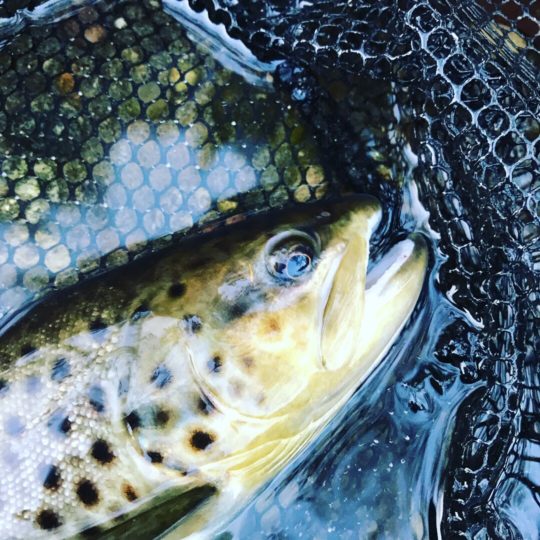