I’m at the Farmington for my annual May long weekend. Today’s post is Part 1. The summary? Good fishing, weird dynamics. More below.

Water early this morning was high, off-color and 52 °F. So, not ideal conditions. I wasn’t expecting much after last night’s rain, but it ended up being a double-digit day.

The best fish of the day was wild. It took a Stonefly, jumped three times, and certainly felt stronger than a stockie. Unfortunately, it was raining pretty hard and the photo didn’t turn out. 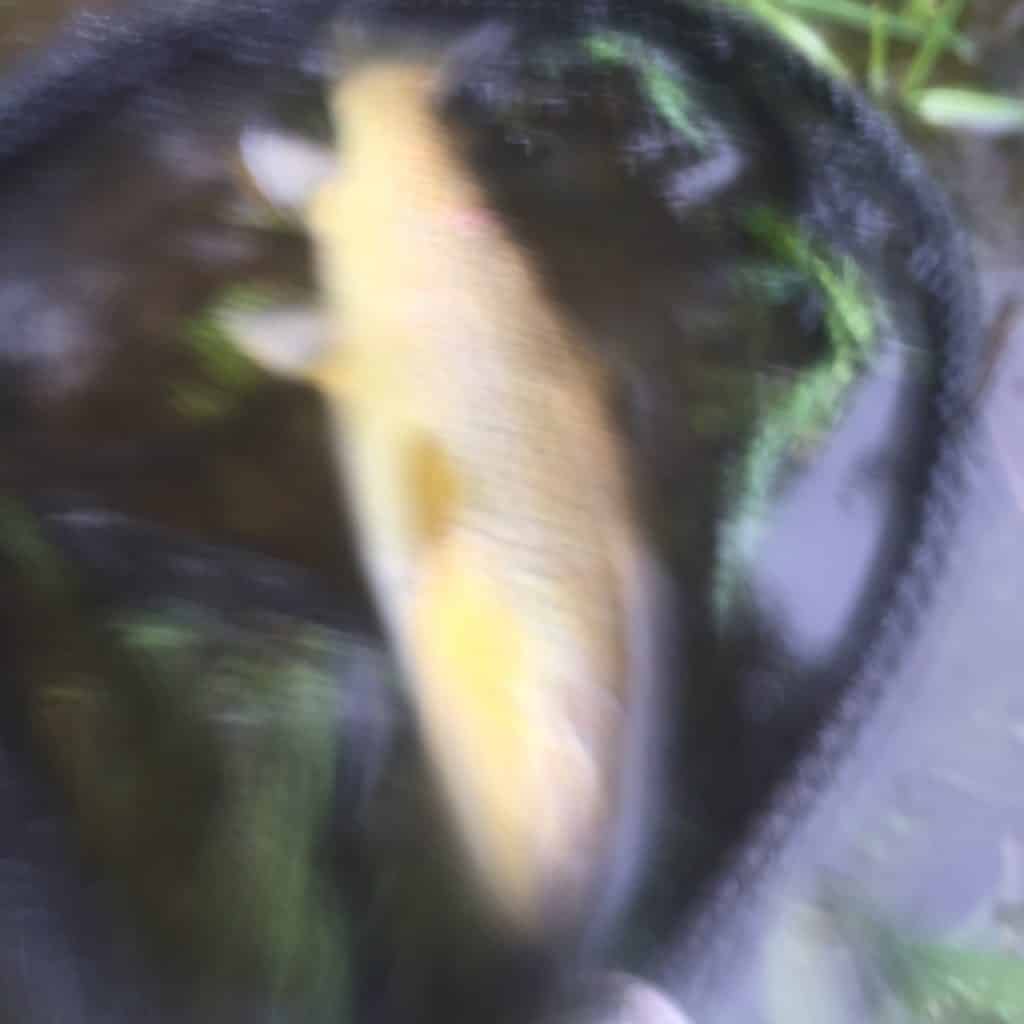 Rainbows were active. They too were susceptible to a Stonefly. 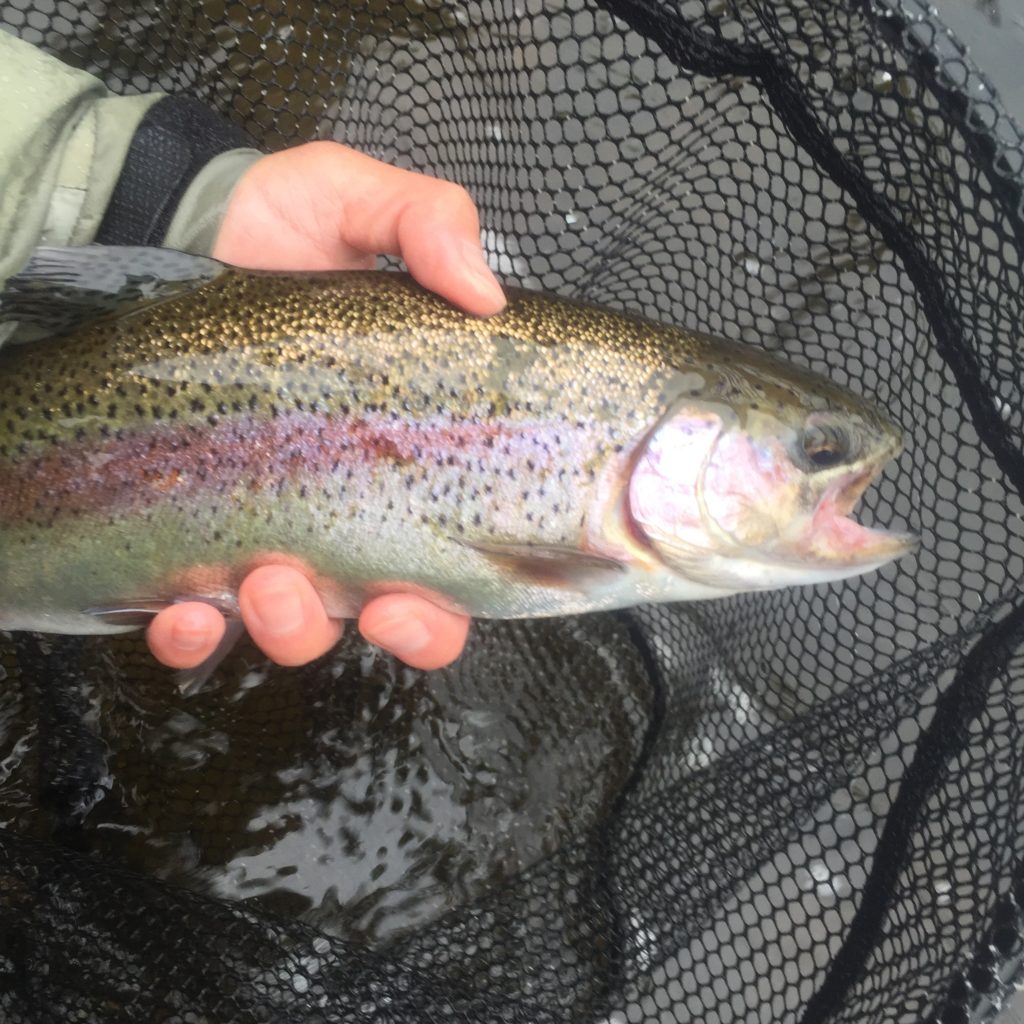 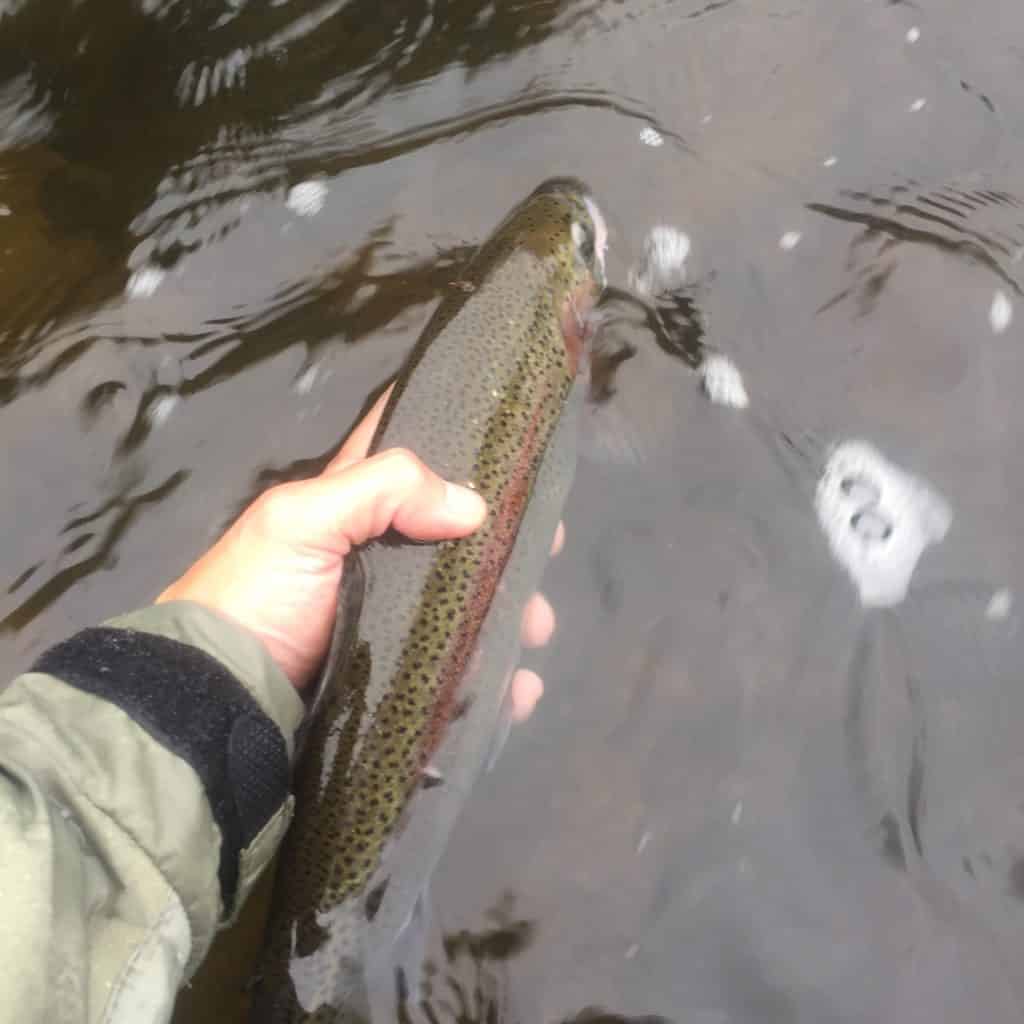 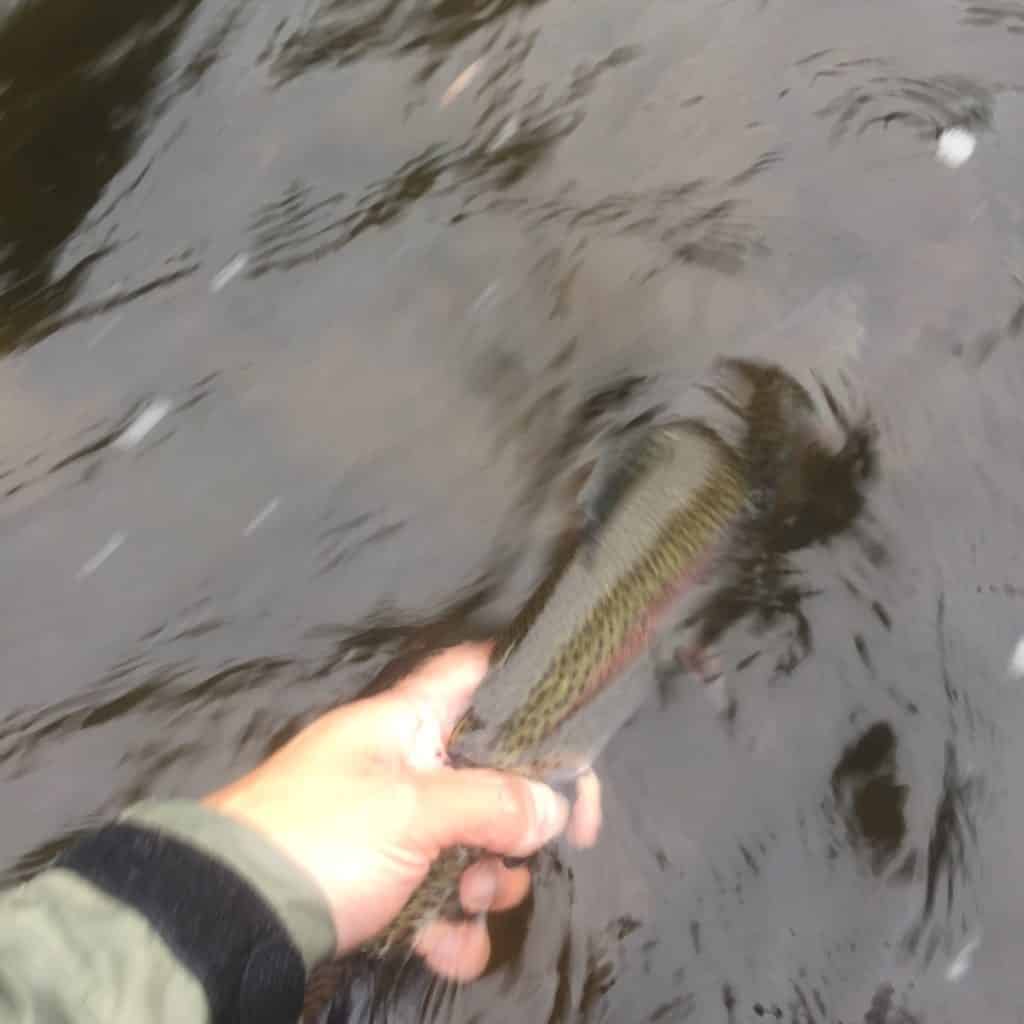 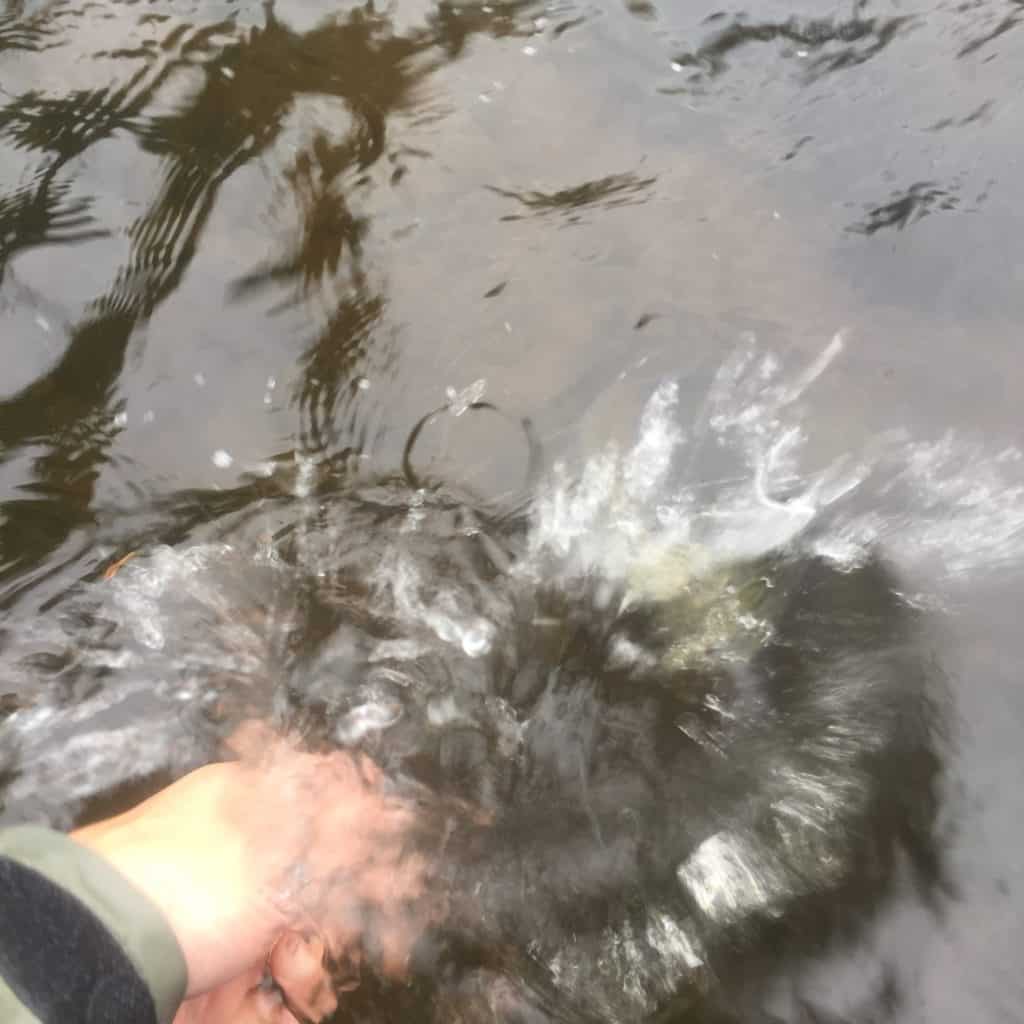 Throughout the day, I ran into some wild fish, with their intact adipose fins. They’re a hoot. 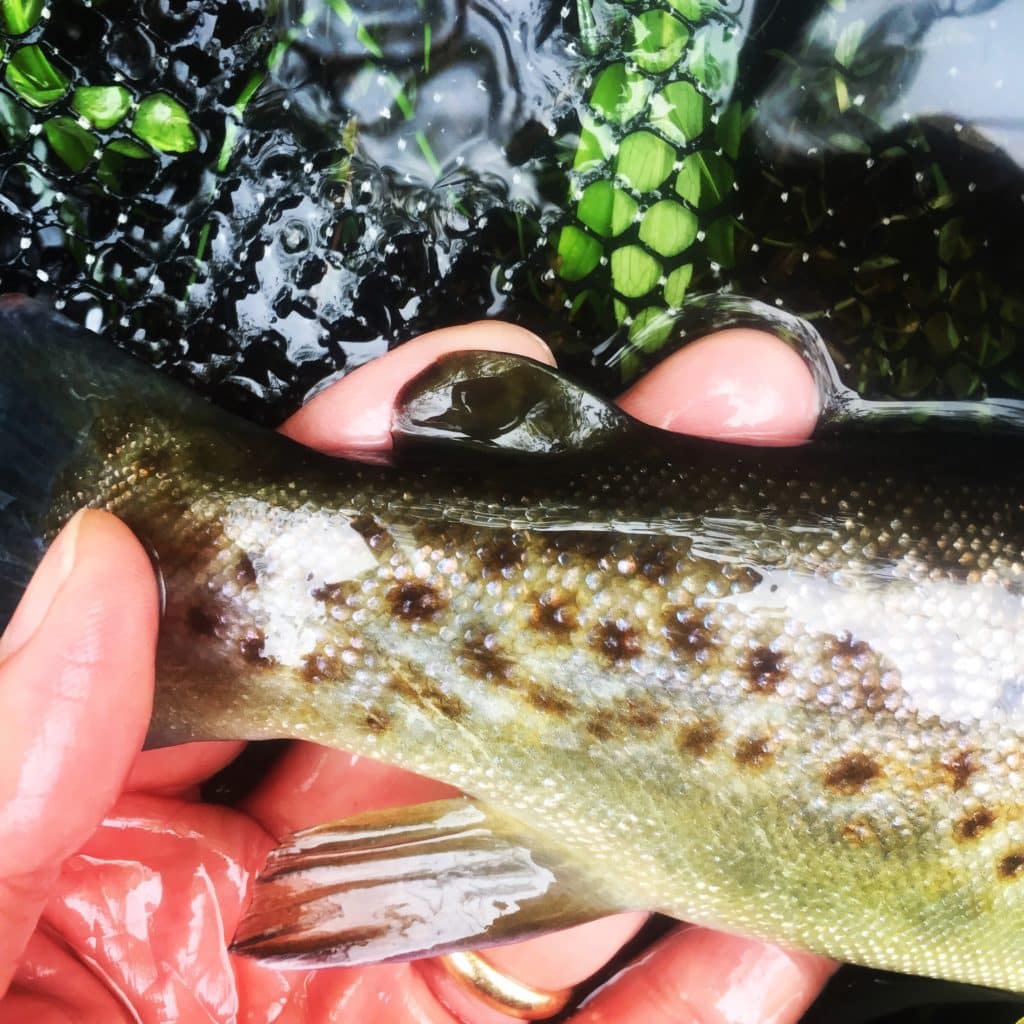 I also ran into some Survivor Strain trout. Here is one with an orange elastomer behind its right eye, indicating that it is a yearling that was stocked this spring. 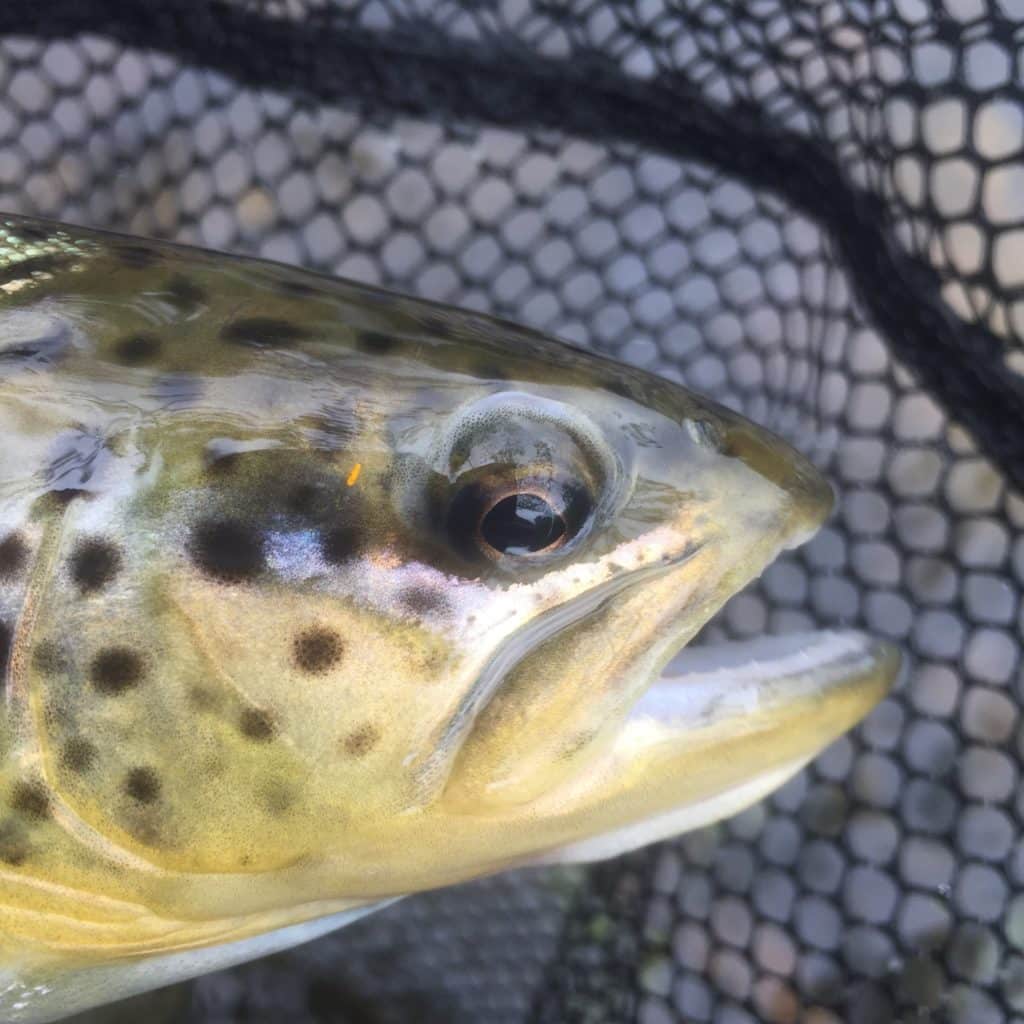 Unfortunately, the day ended with a bummer. I was fishing Church Pool. A certain old man was on the other bank and screamed at me. “Leave alone my f*****g fish and stop fishing my f*****g river!” he yelled.

I’ve run into this guy one before in the dirt lot at Church Pool. He said similar things that time: “Stop fishing my f*****g river!” You see, he sees my Massachusetts plates. The more fish I catch, the more pissed off he gets.

I’ve only seen him at Church Pool. He sits at the bench there occasionally with some of his friends. I thought I heard one of his friends call him “Tony.”

I understand that he may feel that too many people are at the Farmington. I get that fishing is a source of solace for him.

But, there really is no excuse to lay claim to a public river. We all pay fishing licenses, and out-of-state people pay a lot more than residents.

So, I’ll be back tomorrow. And, the next day. And, in the many years to come.