I’ve been working down on the Cape parts of the last 2 weeks. I got some fishing in before and after work on most days. As I’m sure everyone in New England is fully aware, the stripers have arrived and the schoolies have been on fire. I’ve heard of bigger fish being caught in a number of places as well but I haven’t been able to find any bigger than about 20-22″. I’ll keep looking. I fished several places around Buzzards Bay last week and in Truro and Orleans this week. Action on schoolies was phenomenal on flies big and small, in rivers, salt ponds, off of jetties, marshes, and flats, incoming and outgoing tides. Basically the little guys are everywhere! 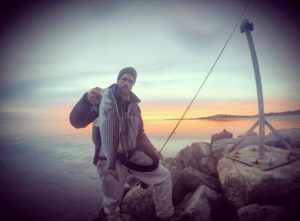 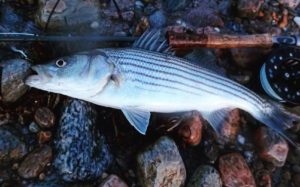 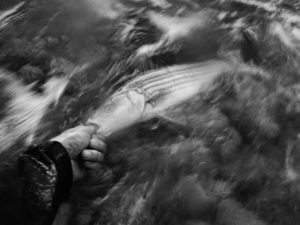 I also got in some freshwater pond fishing while down on the Cape. 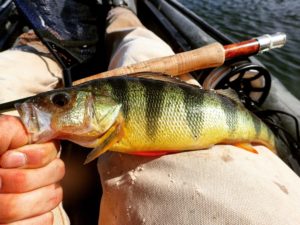 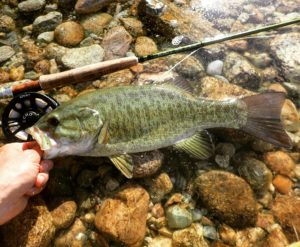 I don’t know but I can’t shake the notion that with the cold rainy spring warmwater fishing is still a bit behind? Maybe that isn’t the case in central and western Mass, which have arguably had better weather than nearer the coast – but I haven’t been out that way fishing in several weeks so I can’t say. Anyone else have updates on the warmwater fishing? The fish are shallow and active on the warm, sunny days then disappear when the weather turns. I guess that’s true any spring but this spring there’s been more of the cold days than nice days. Bass and sunfish have been constructing their nests but I haven’t seen any obvious signs of the males sticking around to guard them for the most part. I’ve been having to coax bites out of lethargic fish instead of the usual aggression this time of year. I looked back at last year and I was fishing in 80+ degree weather catching bluegills and bass with relative ease. Next week looks nicer and I’d like to get out to look around for some more. Hopefully I’ll have some good reports.