Since starting this blog a few years back, I’ve tried to steer clear of any controversial or political topics. I believe fly fishing is a way to get outside and forget about all the daily problems of life and stuff like politics and big issues. 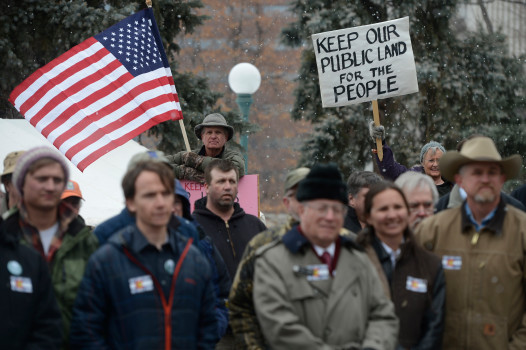 But one environment issue I will bring up is public land transfer. In case you have managed to avoid this problem completely, I’ll summarize it here really quick….

Essentially what happens with public land transfer is that land is transferred from federal control to state control. “Public land” includes national parks, forests, and according to most studies, around 70% of the country’s suitable trout habitat. So land changes ownership, no big deal, right? Wrong. First, states don’t have to keep their state owned land available for recreation (fishing, hunting, hiking, etc). And states have to manage their land for profit, as the income generated from them pays for education around the state. So when the lands become unprofitable – like when a fire happens and the state doesn’t have the budget to fight it, etc. – they are LEGALLY REQUIRED to sell the land. You can look at the last records of this. Whenever public land is transferred, it is SOLD.

So the reason I’m bringing this up is because in case you’ve been living in a cave for the past year, we just had an election. And on their first day in session, the House of Representatives made it a lot easier for public land transfer to happen, essentially eliminating any of the hearings and testimony and speeding up the process in which our lands can be transferred and sold.

This does not have to be a partisan issue. Even though one political party is exclusively behind this, there is bipartisan support to stop public land transfer.

Here’s what you can do and need to do…

Contact your elected officials. Tell them that you oppose public land transfer and expect them to vote to protect them. Trout Unlimited has a nice and easy website to find all your representatives contact information. Calling is best, then letters, then emails.

This problem is almost exclusively in the western states, but it concerns everyone who cares about our fisheries. Contact western senators and tell them if public lands are sold, you won’t be bringing your tourism out there anymore to fish.

And lastly, if you’re not a Trout Unlimited member, it’s time to get on that. They’ve been on the front of the charge to protect public lands (and trout habitat in general) since the issues have emerged, and it’s a great group to be involved in. They are the premier group in fly fishing conservation, and that is a group to be involved in.

Here are some sources if you want to further educate yourself on this issue.

Trout Unlimited – What the House of Representatives just did

Randy Newman YouTube Series – watch all 15 if you really want to Learn about what’s happened every time land has been transferred to states. I’d definitely recommend all fishermen watch these.

If you have any questions at all, shoot me an email. My contact information is in the sidebar. I’ve worked around in this field for a while, so I can hopefully answer any you may have.