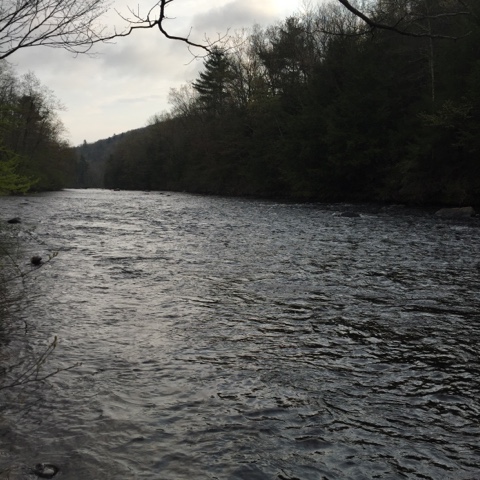 So, that was a fun long weekend at the Farmington.

Before heading back home in time for Mother’s Day celebrations, I decided to fish one last time, for a few hours starting at pre-dawn.

It’s nice to hit the river and see no one. It rained for a bit, too, and I think that kept away the crowds.

I hit a 50-yard stretch that is ripe for tightline nymphing. The fish were in the same spots as yesterday and were feeding heavily. Landed 10. The Frenchie, tied slim and with a subtle color, this past weekend was the best fly by far. It duped dozens of trout.

The last fish was a vibrant trout that was at the head of some riffles, in a narrow and quiet seam only about five yards long. It’s tough wading to get there, and so, I guessed that a good-sized trout might be there.

When there are bugs in the water, I find that the big fish are at the head of the runs, in the alpha spot. In that way, they get first dibs on the food. Alpha trout are at the head of the line. Also, IMO, alpha fish tend to find lies where few anglers reach them. Over time, they learn to avoid the heavily-trafficked areas.

The fish hit the fly right away, jumped twice, and took line from the reel a few times. I followed it down river, until I was a few feet below it, and then started to gently apply side pressure to get it to the calmer water.

It was a 13″ brown trout, which doesn’t sound like much, but it was thick and very powerful. Its mouth wasn’t damaged much, and so, I don’t think it is hooked that often. Photo below. 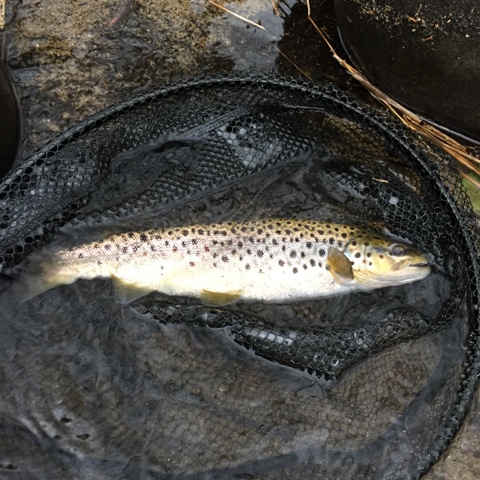 A nice coda to a great weekend.

Happy Mother’s Day, everyone. May we cherish our mothers, focus on their strengths, and forgive them for their weaknesses.

3 thoughts on “A Farmington River Coda”