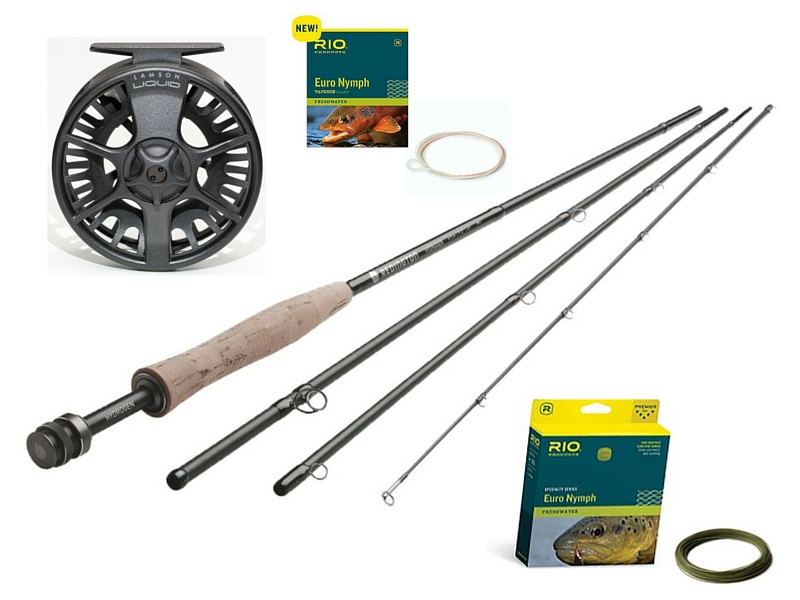 One of the challenges of Euro-nymphing is it can be intimidating. Not just the choices for fly rods, but decisions to be made about flies, lines and leaders.

So, it caught me eye that the good folks at UpCountry, right on the banks of the Farmington, have pulled together an outfit to get you going. They’ll assemble and balance the gear for you, if you want, or you can buy it online. Most important, I think, is that they’ll give you advice on where to go and what flies to use.

On one of my outings to the Farmington last year, I fished near two guys who were new to Euro-nymphing. In fact, the two had not fished in a few decades.

And, they were pulling out fish after fish after fish. No joke. They kept saying stuff like, “Torrey really set us up” and “That fly Torrey recommended is killing it.”

So, I gradually learned that Torrey works at UpCountry, rigged up their fly rods for Euro stuff, suggested some flies, told them where to go, and coached them a bit on how to detect strikes. Gave them a jump start.

So, I gave the fly shop a visit. A really amazing place. The most well-stocked with fly tying materials I’ve ever seen. They really know what they’re doing.

More here on the Euro-nymphing outfit.

3 thoughts on “Euro-Nymphing Outfit at UpCountry”