I’ve decided to focus on the Swift River’s Y Pool. Worked hard and caught some fish (pictures at bottom).

Honestly, the Y Pool has always intimidated me, how you’re within 15 yards of other anglers, many of whom have been fishing it for decades. They can see how you cast, whether you hook fish, and how skillfully or poorly you play and land a trout.

But, I decided to stop caring about that.

I bought a 000 wt. rod and decided to learn how to fish at the Y Pool. I know such a light rod sounds odd, but I kept running into many savvy anglers who fish such a rod at the Swift. I bought the rod from a place with a 90-day no questions asked return policy, and so, it was risk free.

I’ve fished about 30 hours with it at the Y Pool over a course of three visits. I tied up some dries and went for it. I also decided to see if I could nymph at the Pool.

I was skunked the first time at the Y Pool, but felt great to land some in the Bubbler and at Hemlock Pool.

But, slowly, I’ve gotten the hang of it. I landed about ten trout on each of the past two outings. Since I’m fishing many hours each time, the trout per hour ratio is pretty poor. For example, I recently fished next to the legendary Bob Bailey. He just killed them with his dries. For every one fish I hooked, he hooked five. Extremely impressive to watch.

Since I started fishing the Swift just last September, here are my lessons learned:

Pick your poison. If you’re going to truly fish dries (and not emergers) up top, you have to make a decision between fear and greed. Do you want to go with 8x and risk break-offs? Or, do you want to go with 6x but risk fewer takes? Bob Bailey uses 8x and 9x. He aggressively plays the fish, and he is fine with fish breaking off when they dart for the weeds. So, pick your strategy, but understand the trade-offs.

Use extra-long leaders. I’ve watched many a trout dart to my dry fly and eyeball it closely. Then, they backpedal with the fly for many seconds, eyeing it the whole time. Once they see drag, they swim away. They’re that smart at this point.

Forget traditional nymphing. I tried Euro-nymphing and indicator nymphing (with a New Zealand indicator) at the Y Pool. No takes. At this point, the pool is too shallow for tightline nymphing, and while I’ve seen others successfully indicator-nymph at the Y Pool, I didn’t find success.

Fish just below the surface. Nearly all of my takes were from drifting flies in the surface film or below. Fishing a dry purely on top didn’t work for me. So, I went subsurface with emergers and other flies. And, I successfully was able to use 6x.

Hit the spillway. I think that area is under-fished. There are many fish there. It’s challenging, as the current is very slow, and many fish aren’t in feeding mode. They just hover, mostly in place, almost as though they’re asleep. Here’s where the 000 wt. rod really rocked. I caught quite a few fish by sneaking up on them from behind and casting a fly that would drift down to them.  I found that if you can place a fly precisely on their nose, at times, they’ll take it. Fun to see the take.

So, those are my lessons learned so far. I’d love to hear from others who know the Y Pool. 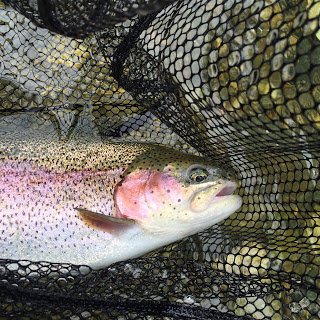 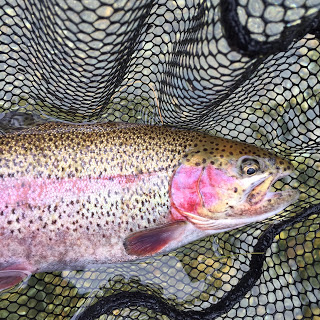 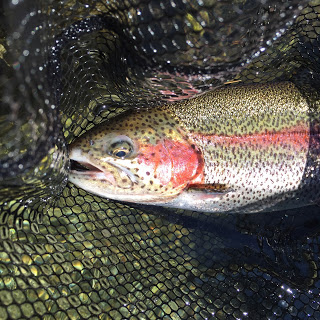 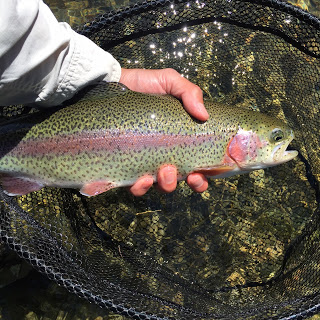 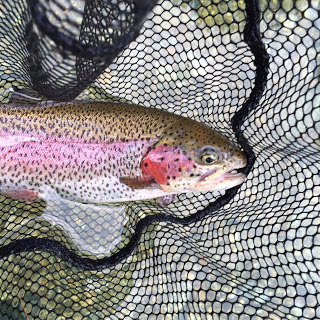 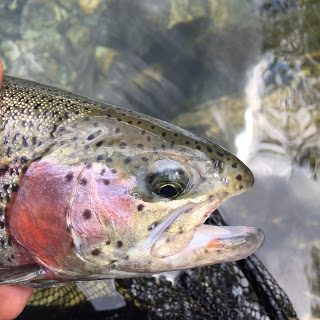