I did a half-day outing this weekend.

Started at the Quinapoxet. Water was super low at about 31 cfs. Landed a wild brookie and quite a few fallfish. Saw some stockies, and they appeared to be scared out of their minds. They weren’t interested in what I was throwing.

Unfortunately, Jurassic Park-like mosquitoes were there. I had bug spray, but they were biting through my long-sleeved t-shirt. I have about 40 mosquito bites on my shoulders, back, and arms to show for it.

I fled for my local freestone.

Ah, that’s more like it. No mosquitos. Landed some bluegill, three browns, and a tiger trout. The cool shade from a canopy of trees. Only one other angler there. Fish rising everywhere, mostly bluegill.

As waters warm, the trout and panfish are overlapping. It’s actually fun to catch panfish on a 1-wt. rod, and when I tire of that, I go with a larger fly.

The browns were very picky. Last time I fished this water, I noticed a bunch of really small black midges. So, I tied up four and just guessed about size.

Well, the trout were really focused on what I had tied: a #22 black WD-40 fly (more here). Nothing else worked. And, dead drifting didn’t work. All three browns took the WD-40 at the end of the drift, on the rise. When I stomach-pumped one, it was full of black insects that looked to be a size 22.

Lesson learned: if you know fish are there, keep changing flies aggressively until you hit the right button. I’m now starting to nymph with three flies early on, to give the trout a choice. (Edit: I just learned this is illegal in Mass., and so, will stick to two flies.)

I’m learning how dynamic streams are. On this particular freestone, for example, the “hot” fly has varied from day to day: midge larva, chartreuse caddis emerger with a soft hackle, and, most recently, the #22 black midge emerger.

And, if you see a particular bug when you fish, try to match it, or tie a reasonable facsimile for the next time. Honestly, I’m thrilled (and, cannot believe) that it worked out with the #22 fly!

The tiger trout took a caddis emerger. It was probably around 14″ and fought like a very pissed-off fish. They’re beautiful creatures. Here are photos of one. 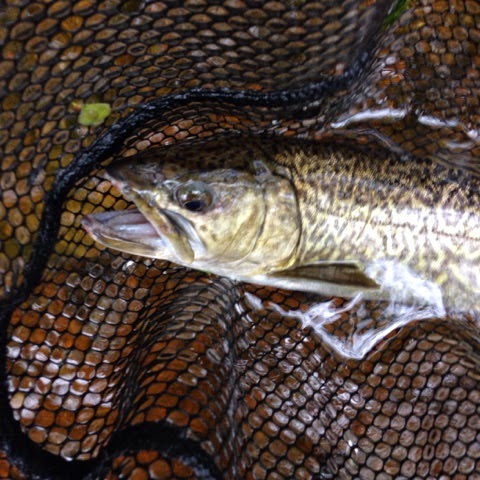 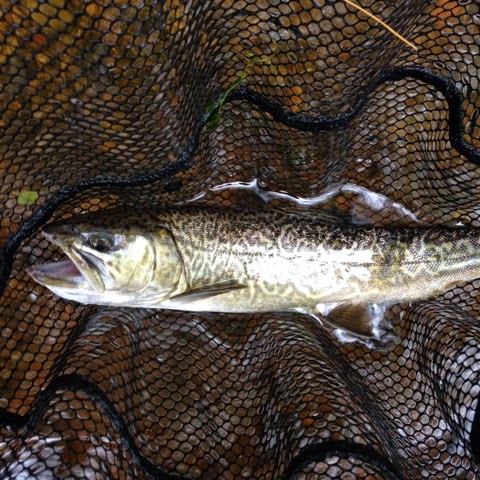 And, here’s the wild brookie. Amazed that these creatures can survive such a harsh winter. 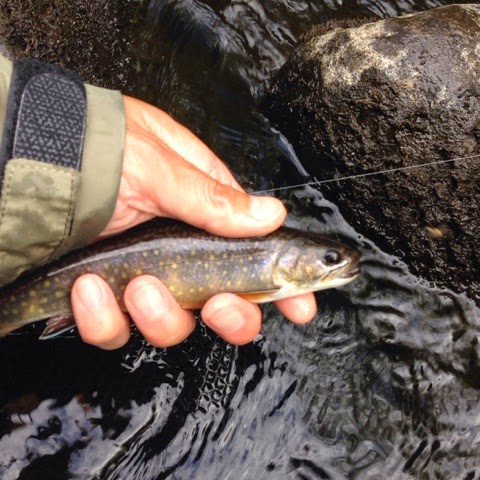 Tight lines, everyone! Please ping me and write up a guest post?

7 thoughts on “Another Tiger Trout”