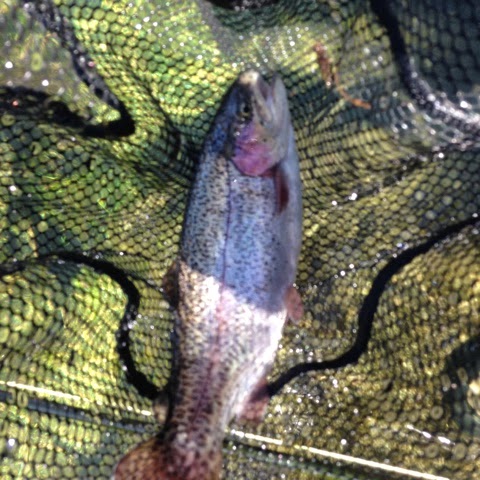 As yesterday was a holiday in Massachusetts, I headed out for a day of fly fishing. It was cold, windy, and rainy. The water was 38 degrees.  I landed three rainbows to the net, and it was a great deal of work and fun at the same time.

I headed to a favorite spot. The stocked trout have spread out. Many seem to be gone, as the catch-and-keep folks have done what they’re allowed to do.

And, the fish suddenly are super-selective already. It was back to sight-nymphing yesterday: creeping up behind trout, throwing long lines, and looking for a take.  And, they’re now smart enough to hold in hard-to-reach areas where you have to wade in deep water in the 200 cfs flow, which is 4x the usual rate

Even though I have a sensitive inline indicator, it didn’t register any takes. No pause or jitter.  Instead, I had to look at the trout and guess if one had mouthed a nymph.  So, hook sets are based on very soft “takes,” rather than visible “strikes.”

I’ve read that, since trout do not have hands, they will mouth a fly to see if it is edible. The Swift trout do this and quickly spit out flies. So, it was a day yesterday of very immobile trout in cold water and very short windows of opportunity during which to set the hook.

I also noticed that I did better on 6x tippet than 5x. I’m amazed how a creature with a brain the size of a pea can adapt to conditions so quickly.

So, let the games begin. Until more newly-stocked trout arrive, we are back to the usual technical Swift fishery. I wouldn’t have it any other way. The trout make me work. 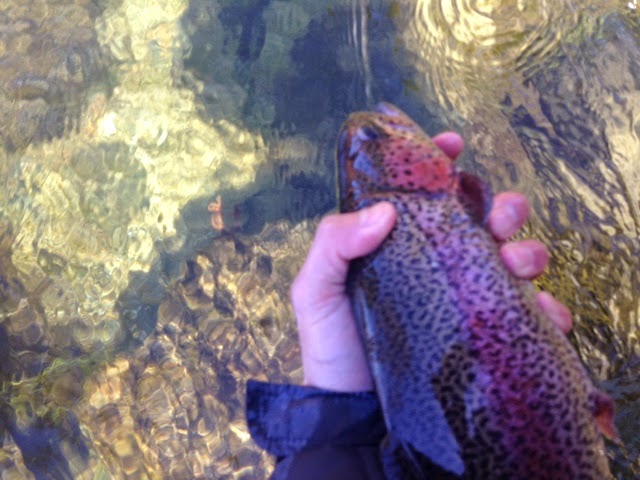