Wondering if anyone knows if the warm weather this week has de-iced the Nissitissit and Squannacook?  And, has anyone seen trout at the Swift?

A bit ago, before the warm weather hit, I embarked on a scouting drive and went to various parts of the Nissi and Squanna. The roads down to the woodsy access areas weren’t plowed.

So, I went to some spots near some of the bridges. As you can see, nearly all of the water was still iced up. 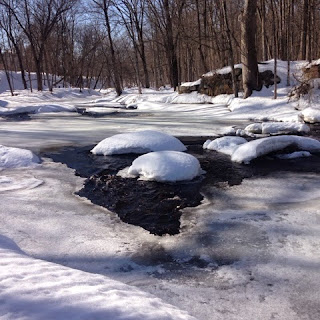 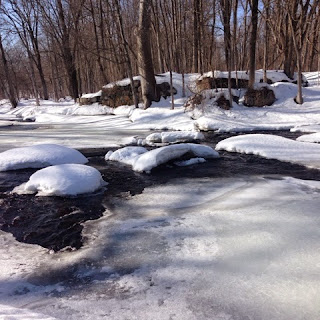 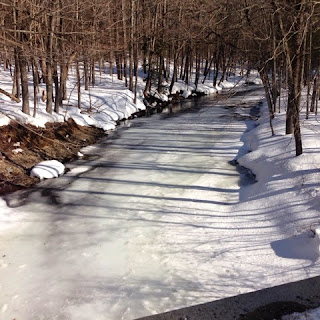 But, hope was in the air for me. I saw two BWOs hatch and flutter up, and there was this little guy crawling in the snow. A stone fly? 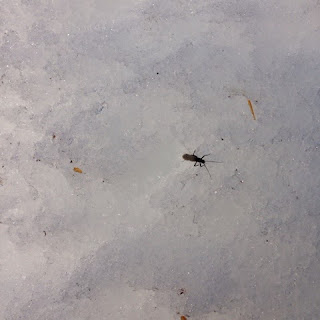 A few weeks ago, I went to the Swift and didn’t see any fish, including the Y-Pool. A week later, another angler spotted the remains of a sucker on the ice near the pool and attributed it to an otter.