If you want to simplify your fly selection in the spring, a good tandem to fish is a Pheasant Tail and a Hare’s Ear.

The former mimics a swimming nymph (e.g., a BWO) and the latter can represent a clinger nymph (e.g., a March Brown), both of which are very common in the drift in the springtime. Have a Caddis pupa and a Midge emerger on hand, and you will have covered all the bases, IMO.

It could be serendipity, but I’ve had a lot of luck with Kelly Galloup’s version of the Hare’s Ear. It is unweighted, which lets it float freely, and features two dubbing loops filled with fur and guard hairs from an actual hare’s mask for an extra spiky look. The fibers create movement, a key strike trigger, and also entrap air bubbles. 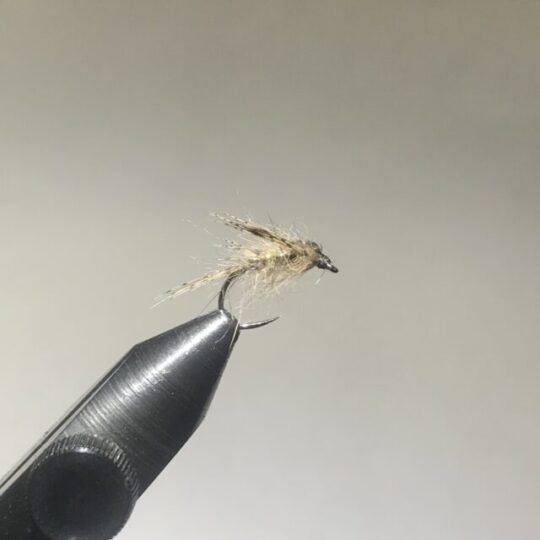 This pattern isn’t one of those quick-to-tie guide flies (instructional video below). But, it’s a one fun to make and the pattern works well. I use a Stonfo dubbing loop tool, which makes for fast work.

Give it a whirl, and let me know how you do with it on the water….

9 thoughts on “At the Vise: Kelly Galloup’s Hare’s Ear”