As the weather gets nicer and the fish play nicer, it’s nice to get back on the water.  I hope you all had a great and safe Memorial Day weekend.

Over the last couple of months, as the Covid-19 situation wore on, I really was able to catch up on some side projects that I had been trying to manage on top of all the other things going on. This is one of them.

I got a harebrained idea over the winter to make a travel case for my fly-tying kit. I was that guy, who showed up at tying nights with all his material shoved in a giant moving box. It worked, but it wasn’t pretty.  I wanted do make it a bit more grab-and-go friendly instead of having to pack all my material and tools into a loose maelstrom of feathers and steel and thread.

I considered different options, including just a smaller Tupperware or a super minimalist kit that could fit in a shoe box. But, I wanted something classier (well, as classy as I can be). I settled on an old suitcase that I had from a junk shop from when I was a kid (I liked really weird stuff–I think I have said this before that I was an odd kid). 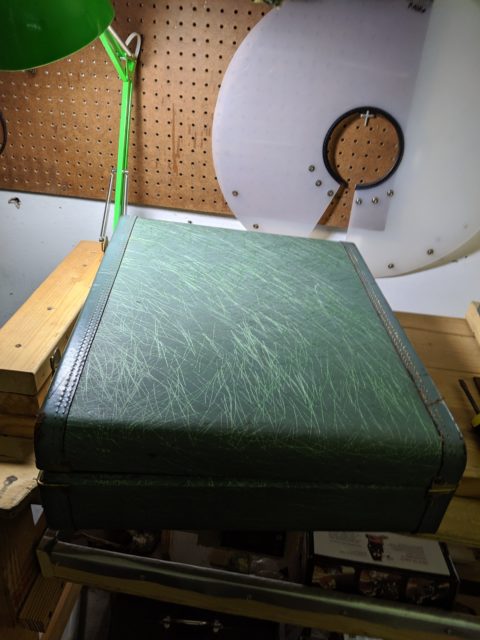 I stripped out all the interior of the suitcase, bought some foam, and started cutting holes to make space for tools and materials. 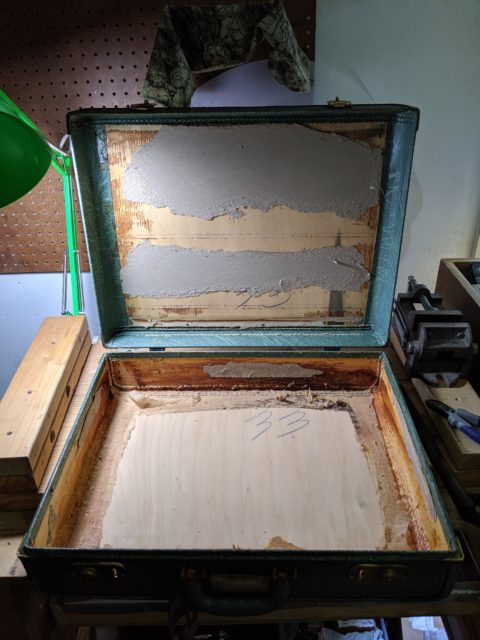 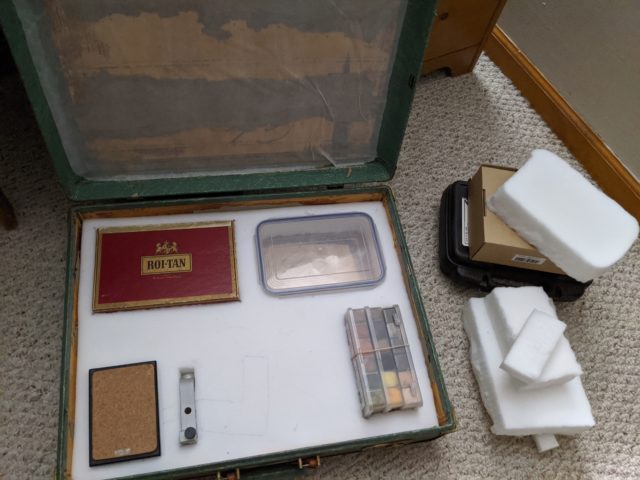 My favorite aspect of this traveling box is the top pouch made from an old pillowcase I glued in. I used some bungee cord to make it easier to pull it open and keep its contents from rolling around in the case. I put in some hackles and some pre-assembled kits for flies I need to replenish often. I have about 10 that I have put together, but I won’t focus on them right now. 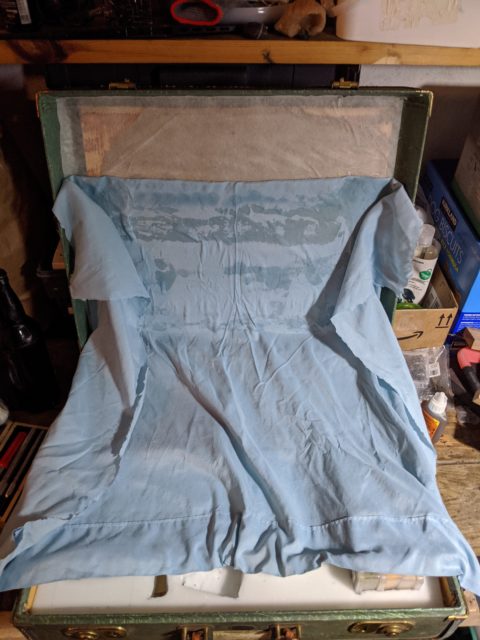 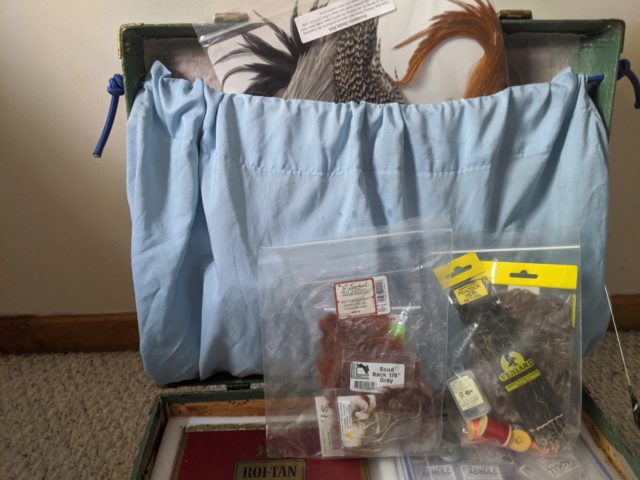 The cigar box is for tools, and the clear plastic is for extra essentials like hooks and wire and thread. I cut custom shapes for an extra vise. I also put a spot in that fits three boxes of dubbing that I use frequently.  I expect I will find ways to cram in a couple of more cut-outs for glues and a UV light or things like that. 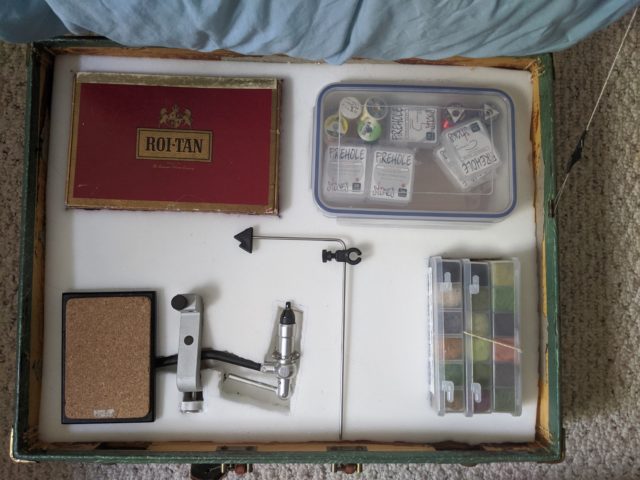 This project is not 100% complete, as I figure out little bits to add and organize, but where it is right now, I figured it might provide some inspiration for those who might not be so lucky so as to live close to a trout stream or be able to get out quite yet. It’s also a good place to put all those stickers you have been hoarding….

Maybe it is just I, but as this situation has worn on, that extra time we had early on seems to have disappeared without a trace. Here’s hoping that there are signs of things kind of returning to normal.

Looking forward to dragging this out to the next fly-tying night where I can give folks a cheers in real life instead of through a computer screen. Tight lines and see ya out there!