The winter blues are starting to set in for me. The cold snap last week shut down fishing on my local freestones, and they are mostly frozen over now. I find that fishing these conditions is neither productive nor safe, so I opted for greener pastures at the Swift.

I was ecstatic when good friend Geoff Klane expressed interest in fishing with me. He is something of a wizard above Route 9 and routinely has good days. I’ve always struggled up there, so I was eager to learn something from him.

The action started right away, as both of us hooked (and lost) fish within our first five casts. Over the next few hours, we found steady action with bows and brookies. We caught fish on soft hackles, eggs, midges, and worms. There were a few rises around mid-day, but nymphs continued to produce, so we didn’t feel the need to switch to dries.

No particular fly really stood out. It seemed that a good presentation was the name of the game. 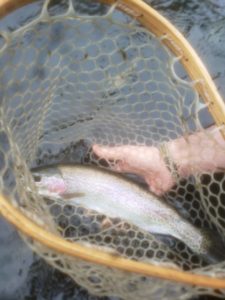 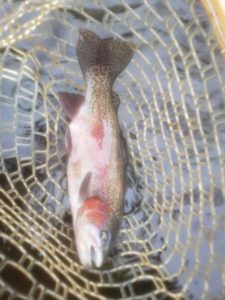 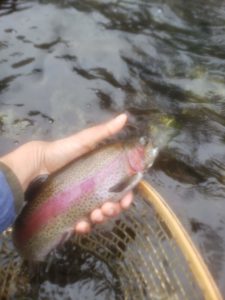 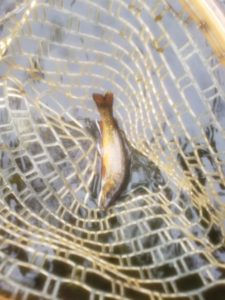 However, the action slowed greatly around mid-afternoon, and the fish were back to their snooty selves.

I rotated flies and got some looks and follows, but no takes. It was frustrating to say the least, but I think that fish see the same flies over and over, so they tend to get pretty jaded during normal banking hours.

Eventually, I decided to throw “crazy” patterns instead of the usual small fare to trigger some aggressive takes. I’ve found that fish in the Swift sometimes respond to unusual patterns such as Y2Ks, mops, and egg-sucking leeches when they are particularly fussy.

It took a while, but on my way out I hit a spot and went 1-for-3 using a chartreuse mop. The moral of the story: go crazy or go home.