For grins and chuckles, I headed to the Swift River Y-Pool this morning to Euronymph.

With schedules tight, I could fish only until 12 noon, and so, the Farmington and the Deerfield were off the table.  Chucking bobbers or tiny dries didn’t appeal to me this morning. So, I decided to tightline.

I’ve tightlined at various parts of the Swift, both above and below Route 9. At the right water and with the right technique, it works. I had not tightlined the Y-Pool in a while and thought a return trip was in order. Why not mix it up?

I arrived early, but there were already a few anglers stationed at the choice spots. And, a huge number of people showed up as the morning hours ticked by.

With my Syndicate two-weight and my Micro-Thin Euronymphing Leader (formula here), I tried various tightlining techniques (dead-drifting, Euro dry-droppers, a sub-surface active retrieve, and “floating the sighter”). Eventually, anglers moved on, and I was able to move over to one of the prime casting lanes.

Since 2019 was mostly focused on articulated streamers and wet flies, I had not tightlined in a bit. It felt great to do so again. The rod and thin leader together were extremely sensitive and did the job well. 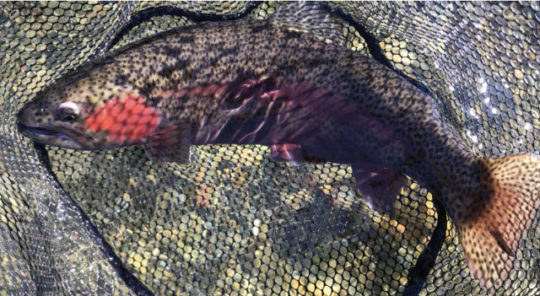 I was four-for-four and landed two good-sized rainbows and two brookies. I have to say it was fun to feel the bend of a light rod.

The fish fought “OK.” Maybe it was because of the cold water or that they’ve been caught oodles of times, but the trout weren’t that strong.

Here are the two ‘bows.

It wasn’t a high-volume morning, but I was happy to connect at all. It was a slow day. Most folks were blanked, and one angler said it was the slowest he had ever seen the Y-Pool.

Eggs, scuds, and size 20 soft hackles got the most looks and did the most damage. At one point, the angle of the sun was just right, and so, I could see the fish react (or not) to a fly. For fun, I even threw some steelhead flies. 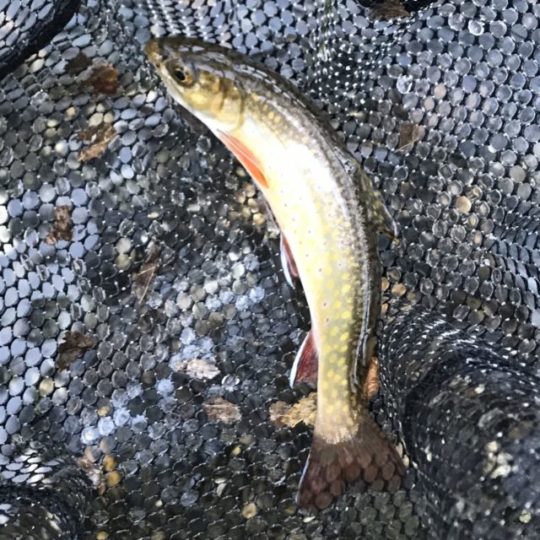 At noon, it was back to the car for the drive home and to be with the family.

Once back, I learned that one of my college-aged kids was still asleep! Ah, the sleep power of youth.

I hope everyone is enjoying the winter holiday season. And, it’s not too late for gifts! Our 2019 gift ideas are here and here.