I normally fish for pre-spawn brookies in the White Mountains in early September every year. The fishing is at its best this time of year; fish are feeding heavily in preparation for winter and larger fish are often on the move.

However, with spawning being the main focus, the fishing tends to taper off very quickly. Unfortunately, I had to delay my trip until this past weekend. I heard mixed reports over the past week and the forecast didn’t look promising. With very limited time to fish, I decided to send it anyways with a Plan B in mind. 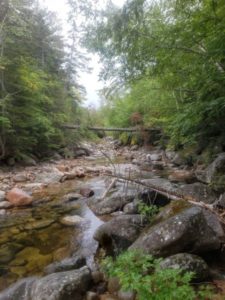 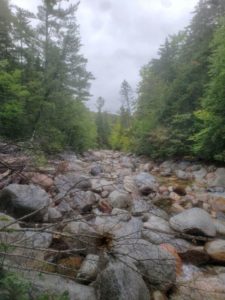 I started off at a spot I thought would produce. Sadly, I did not get a single take or see a fish in my first hour of fishing. I rotated flies and techniques to no avail. Still, I had a blast since some early fall colors were showing and the air had a familiar chill. Eventually, I reasoned that the fish moved off to spawn in this stream and called it quits. The window had shut and I was left out, unfortunately. I then decided to commit to my Plan B.

Since I felt a bit of an Androscoggin burn-out, I fished the fly-fishing only stretch of the Ellis River instead. The water was quite a bit lower than when I last fished it, and it warranted a stealthy approach with the gin-clear water.

Luckily, things clicked early and I brought two ‘bows to hand while tight-lining some deeper pocket water. Then, the river went dead all of a sudden despite a strong BWO hatch. I rotated through flies and techniques. I fished dry droppers, tried smaller flies, and tight-lined from longer distances, but nada. It wasn’t until the last 45 minutes or so that the action picked up again. I managed three more bows, including one on top before calling it quits. 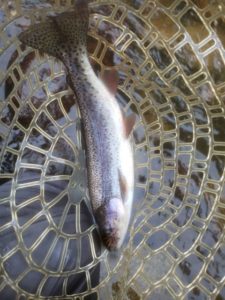 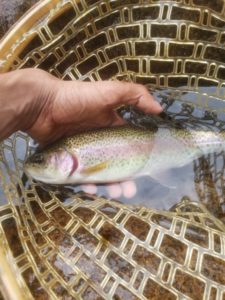 All said and done, it was definitely not my finest day, but there is no better way to spend an early fall day, IMO.

2 thoughts on “Change of Plans”