Fly rods are paradoxes in practice: they weigh a few ounces and tame fish weighing pounds.  They are wispy, thin, even brittle in the wrong context (underfoot or in a car window).  But, when attached to a fish, they protect tippets and tame our quarry.

I am not a big “tool guy.”  But, fly rods have a special place in my heart.  If you put a light, fancy or new fly rod in my hand, you can watch me stand up straighter and talk in a wistful tone.  Better yet, hand me a rod with some history and watch me grin.

Recently, I have had the opportunity to acquire two new-to-me Sage fly rods with interesting backstories.

I had purchased a 8’5″ 5 wt. Sage Response for my son, Wynn, for his sixth birthday.  Overkill? Probably.  I wanted it to be a special present as he was really getting into fly fishing. My rationale was: “How could it be a bad idea to spend less than half of what it costs for a guide for a day if it helps him develop a passion for fly fishing?”  The other part of me thought I would answer my question if he broke it inside of a week!   Like most modern rods, it looks nice and worked well, and he did well with it.

It lasted just over four years until the second section section exploded when he was firing a cast.  I could send it in for a repair, but we were leaving to camp and fish in western MA in 10 days.  I found a Craigslist ad for a “Sage fly rod” and made arrangements to go check it out.  In a bit of kismet, we went to look at that rod as soon as we could, a Saturday in June, that was my son’s 10th birthday.

We brought a reel with some line and affixed it to the rod.  Wynn cast it in the yard and had a huge grin.  I asked the owner where she got it, presuming someone in her family fished.  “We bought a bunch of curtain rods in an estate sale,” she said.  “When we got them home, we found the (unmarked aluminum tube with the fly rod inside) mixed in.”  The rod appeared unused, pretty surprising.  I took a cast, and I had to force down exclamations that would torpedo my bargaining power.

We agreed on a very reasonable price and we now owned a unused, un-fished Sage 389-LLB at least three times my son’s age.  We were pumped! 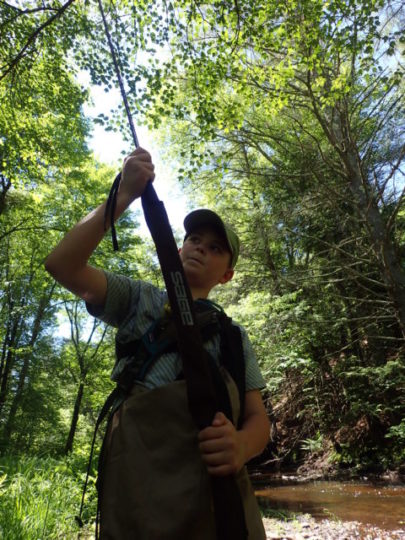 The LLB, particularly this trim, is a dry-fly dream.  All lists are very subjective but I had kept my eye out for one since it was listed in The Underground Picks the Dozen Best Fly Rods of All Time (Period).  Of course, Wynn’s need of a replacement, and it being his birthday meant that this would be “his” rod of course….  And, that would mean he would have the nicest rod in the family!  To be honest, I was a little bit jealous. 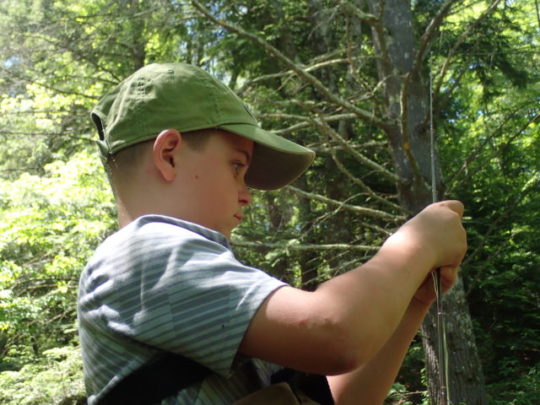 We immediately took it to the nearest thin blue line, and Wynn strung it up with a dry fly.  He landed a gorgeous common shiner.  We groaned as he lost two fish over 10 inches that may have been brook trout.  I begged a cast and took a 5″ brookie from a run.  We had a ball. 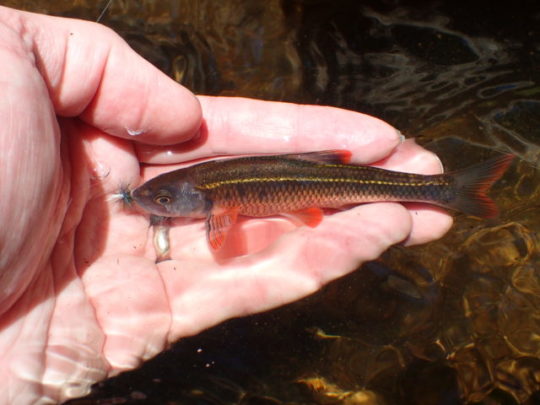 In an ironic twist, Sage announced the next week that their new rod lineup for 2020 will include the “Trout LL” rod series, “drawing inspiration from historic Sage rods of the past.” 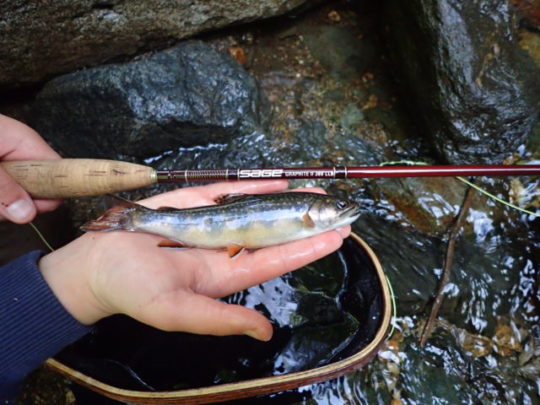