Alex and I eschewed today’s weather forecast and fished the Farmington.

The rain was steady and cold and became heavier by the hour, but we kept at it. Alex is determined, and I knew I was in good company.

We had a great time. Alex ties some sweet flies, and it is no wonder that he landed a fish very quickly.

On the other hand, I flogged the water. And, flogged it. We hit a few spots, and I for a while wondered where all the fish were.

At one soft and bubbly stretch, I threw a NZ indicator and rotated through a bunch of flies with nary a take.

Curious, I took off the indicator, put on a new fly and decided to float the sighter. I greased it up and thought of the old adage: mix it up. In other words, if the fish aren’t taking, do something new.

Within a few casts, a good-looking brown said hello, and I was grateful to be on the board. 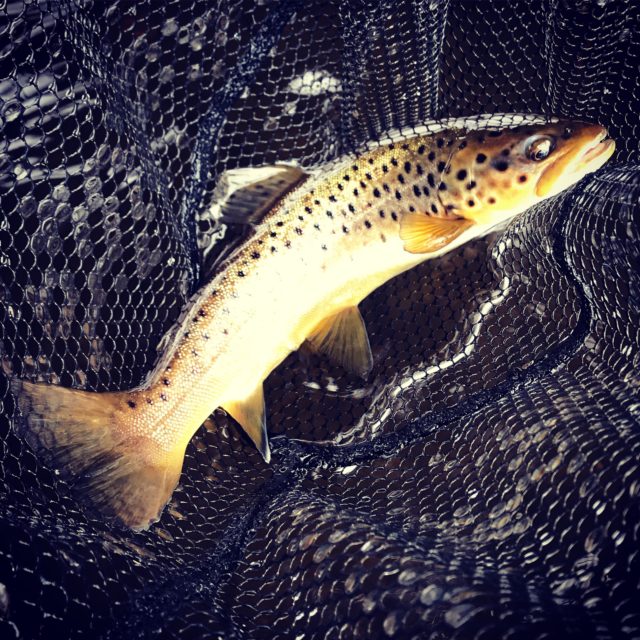 I then tightlined. Soon, there was a slight pause to my sighter and I set the hook. A ~12″ beautiful brown graced the net. Like the first fish, this one took a small fly.

So, I was near fish but it took a few change-ups to get takes.

In the end, that was it. It was a day that consisted of four hours of driving, seven hours of fishing, two takes and two fish.

But, I really enjoyed it.

Sometimes, fly fishing isn’t just about the fish. Over lunch at the Better Half Bistro, Alex and I agreed that fishing in inclement weather doesn’t bother us. There’s something about an outing that involves physical suffering. Let me tell you, it was cold and wet all day.

But, I felt that I earned the fish. And, Alex is a great angler and a fun person to be around. 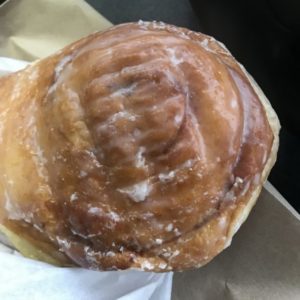 Close to the river, on the way home, I stopped by the nearest DD for a hot coffee and coffee roll. After a long and cold outing, both tasted exquisite.

The drive home was tricky, as the rain became heavier, and my car hydro-planed twice. 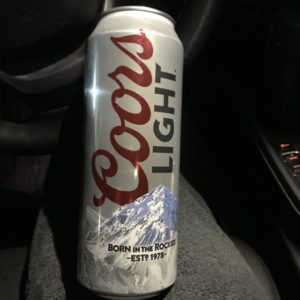 Close to home, I stopped by the packy to pick up a tall one. That can may have been opened during the five-minute drive home. It may have tasted like the most refreshing thing ever after a long and arduous drive.

But, this blog can never, ever condone anything that breaks the law. Ever.

Cold rain and cold beer. A good combination. A cold one, either way.