I’ve been busy lately. So much so that I’ve neglected to post for over a month despite the number of productive trips I’ve had. So here goes; a summary of my last two outings. I fished with a buddy during one, and I went solo for the other.

I started this September on a good note. My buddy Matt and I went up to the mountains to fish for some pre-spawn brookies. My expectations were pretty low since my last outing proved to be fairly unproductive (I caught fish, but not many).

The first few pools we fished seemed to repeat that trend. However, once the first fish came to hand, more followed. Eventually, we found ourselves picking off fish left and right. Dry flies worked for the most part. However, streamers and nymphs came into play for the more fussy ones. Streamers accounted for some of the larger fish during this trip. 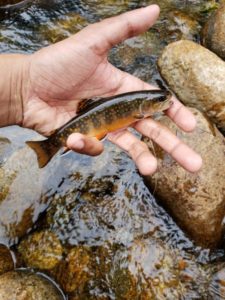 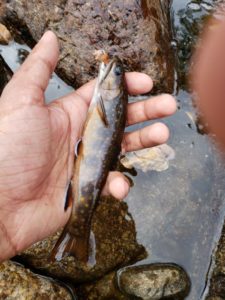 My next trip up to the mountains was fairly productive as well. Although I heard good reports from the Androscoggin, I decided to forgo it for some small stream action, as I was fairly pressed on time.

During the morning, I spent some time reflecting if I had made the right decision. However, it became very clear when I pulled out my first brookie and then some more.

I spent much of the morning fishing the headwaters for smaller brook trout. After lunch, I decided to relocate downstream for larger fish. It started off slow, but I soon picked up some larger brookies and even a few wild bows as well on a combination of dries and nymphs. 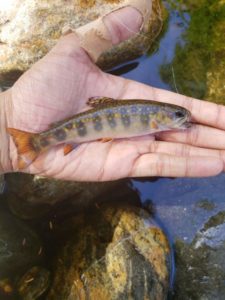 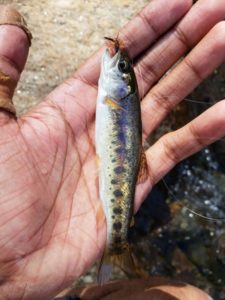 After a while, I decided to switch up to streamers and have some fun. Almost every pool produced a take. I only landed one of every four fish that hit, but it was exhilarating seeing them chase and slash in clear water.

Again, like last week, streamers produced the largest fish of the day. Eventually I decided to call it, having ended my mountain stream season on a good note. 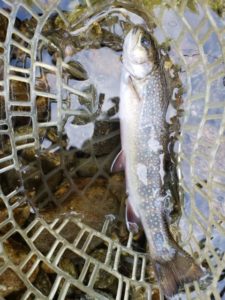 Over the next couple weeks or so, I’ll slowly transition over to larger waters. However, with the ample rain from this past week, local streams are fishing better than ever.

Yesterday, I fished a blue line near UNH and caught several fat wild brookies. With more rain expected tomorrow, I may make one more local small stream trip before switching to big water. 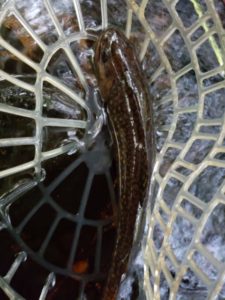