I wish I had some fly-fishing insights for this post. But, I don’t think I do.

I fished the Farmington this morning and actually looked forward to the cold and the rain, thinking they would ward off the crowds. Thomas & Thomas also repaired my broken Contact and amazingly had it back to me in 12 days. So, I was looking forward to fishing with it.

I had some stretches to myself in the permanent TMA and found some new water that was productive. The flows were much lower than they’ve been in a while.

The trout were open to soft hackles, sizes 20 or smaller. Takes were usually when the fly was on a rise, but not on a swing. Many midges were popping.

The fish I landed were in shallow water or waist-deep and slow-ish bubbly water, and small #16 anchors were needed at some spots: some weight, but not too much of a splash to spook the fish.

Interestingly, fishing with an indicator at the slow-ish bubbly water didn’t work at all for me. Don’t know why. The river giveth and taketh away. But, tightlining that water did work.

When people think of Euronymphing, they often think of Czech nymphing: short lining with very heavy nymphs at the head of a fast run or at pocket water.

But, the Euro set-up lets you do so much more than that. And, the winning technique this time was very different from the Czech style: light nymphs, long lining, soft water with slow current.

I also targeted some “B” water, areas that looked way too shallow. I found fish there, too, at small indentations along the bottom and the occasional dark pieces of water. I’ve heard that fish are everywhere at the Farmington. They really are.

Best fish of the day was this clean-looking brown. 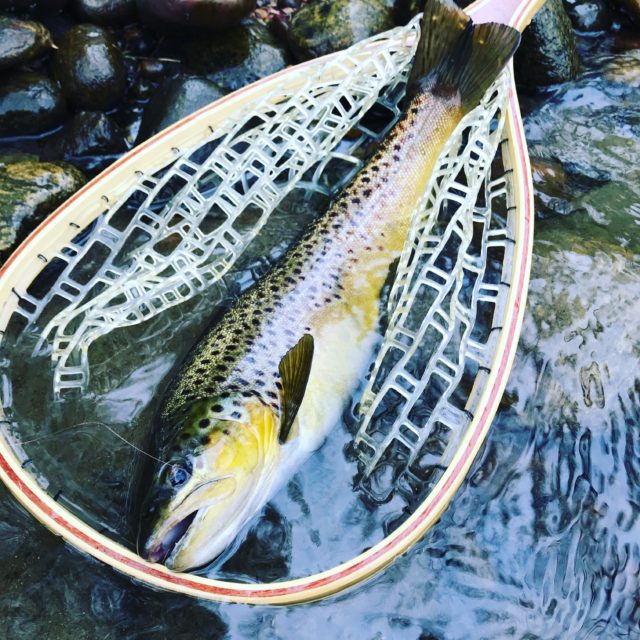 It must have been the river’s reward to me. A known angler front-ended me. I was tightlining a run and working my way upstream. I was saving the head of the run, the fishiest-looking spot, for a few minutes later. The new angler showed up, plopped in above me and started fishing.

I decided not to say anything. So, I crossed the river and fished opposite of him. Within a few casts, I found that brown trout. 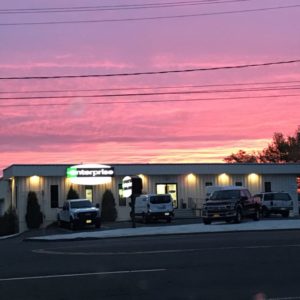 I was pretty shocked to see that the fish was cleanly hooked. It taped at 16″ but felt a lot stronger. I smiled as I admired the fish. Was it karma? The other angler landed a few small fish, and that was it.

A warm Reuben from Better Half Bistro, wolfed down while driving, was a great coda. To maximize my fishing time, I called in the order while standing in the river. They kindly had it in a warming oven when I was late (more fish in the net). Thank you, Liz!

Best view of the day? The one at dawn, as I made a quick pit stop and saw a temporal view.

Hope everyone is well!

11 thoughts on “The Karma Fish”