I’ve been able to get out a bit here and there after work and once on Sunday in the past week. 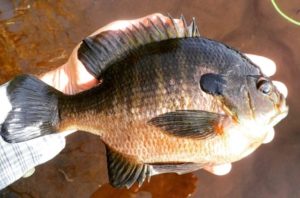 Because of time constraints, my fishing exploits have been limited to spots close at hand, which is entirely fine with me. Unfortunately, though, I was unable to make the trip to the Farmington with some other blog contributors this past weekend. Heard it was a great time!

Warmwater fishing has picked up considerably with crappies and bluegills in the shallows, and aggressively taking all manner of flies, in most bodies of water. I fished two ponds in central Massachusetts and really cleaned up. 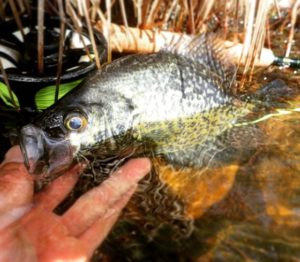 Pre-spawn panfish are super fun because they are plentiful, and, if you happen to run into bigger ones, they are a fun fight on light tackle.

Pretty much any buggy-looking nymph stripped over emerging weed beds or around brush in shallow water should work. Small topwaters can work too. Experiment. The key is warm water and a little bit of cover. 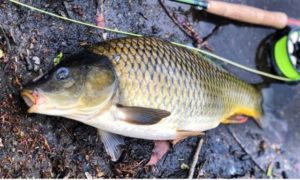 Carp, another personal favorite, have also been starting to get into solid pre-spawn mode. At least in some spots. The bite for me hasn’t been great, but, with a little work, I’ve gotten a few. Mostly on natural-colored squirmy worms dropped right in front of their faces.

Last, I was able to get out for some trout quickly after work while I was doing some scouting out in western Mass.

Nothing hatching, but the fish were still actively pouncing on swung soft hackles. Got into a few browns, nothing big, but fun to catch some trout after targeting warm-water stuff recently. 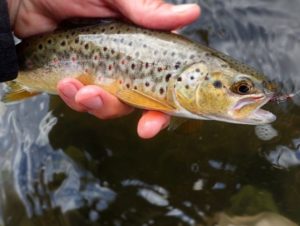 The next month will see increased warm-water activity, even better action for trout, and our annual influx of stripers…too much to choose from.

But, I don’t really mind.