As parents with children at home can attest, you fish when you can.

You often have a hard time cherry picking fishing windows. I would love to start fishing at noon on cold days and target evening spinner falls in the summer.

For now, there are chores, errands and family activities to accommodate, too. And, those have been very fulfilling. It means a great deal to me to have a household that encourages and supports our children.

With a morning open last Saturday, in spite of a cold snap, I fished the Farmington. I wanted to visit before Saturday’s Opening Day, when catch-and-keep returned to chunks of the river and huge crowds showed up.

Dawn started with a sustained snowfall that turned to sleet. I worked an area in the seasonal TMA and managed only one take.

It was a 16″ holdover. The fish fought well and was clearly a grizzled veteran, given the missing maxillae around its mouth. It made me have second thoughts about landing it. 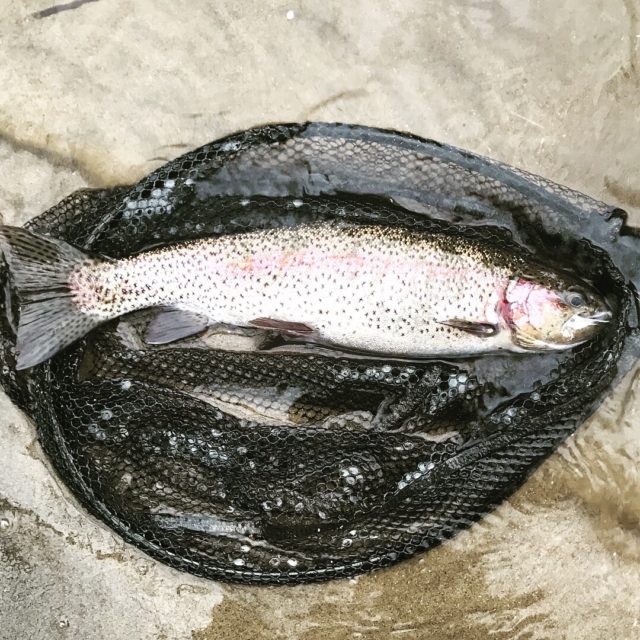 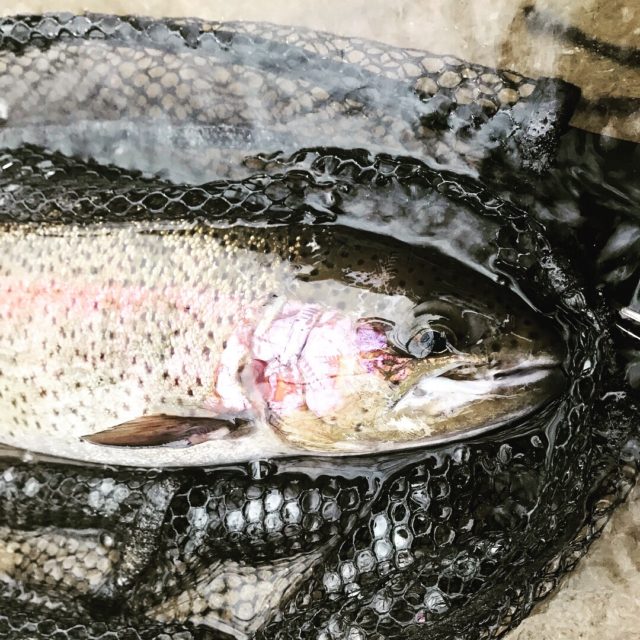 I use only barbless hooks, and the fly came out quickly and easily. I wish that barbless-only would apply to more stretches of more rivers.

Spot B, in the permanent TMA, gave me a good skunking. I tried all sorts of flies. Other anglers did the same, and we all faced a big goose egg.

The only angler catching was using bait. Someone thought he was chumming, too, which is illegal. A different angler vociferously called him out on it, and that bait fisherman left.

As the sun came out, I decided to reel up. I thought I should head home. An older angler then waded in and promptly landed four fish. I was humbled.

I decided to swing by UpCountry and was able to catch up with Torrey and Wade. It was great to see them. I told them I had been fishing at dawn and was off the water by 11 am. Torrey mentioned that the action that day would just start to heat up.

So, I decided to hit one last spot, which is far down-river. I ran into stockies. Fun to see them, but they’re not much of a challenge.

It was time to head home.

There were quite a few midges in the air, the sun was out, and it was a nice change of pace from fishing in snow and wind.

The bugs were tiny. 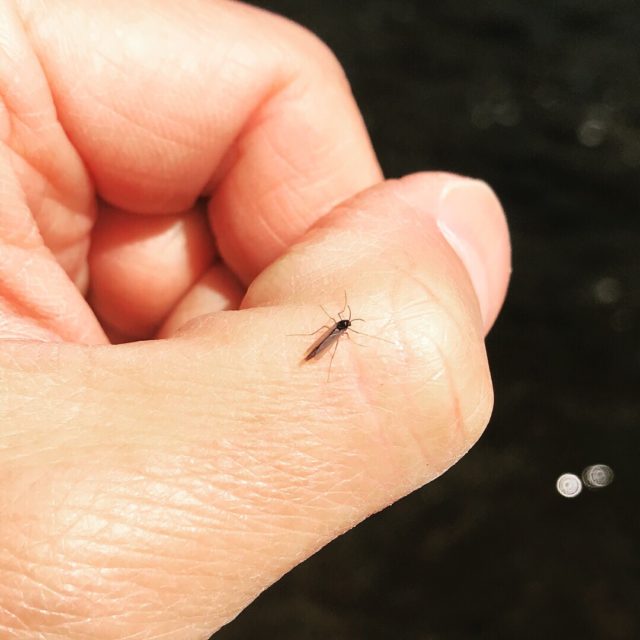 Fly fishing is a never-ending combination of wonders and challenges. There remains much to enjoy and much to learn.

It was great to get out.

Fish on, my friends. Fish on while we still have our health and our faculties intact. Fish on, as moments on the water reinvigorate us, give us hope, and, yes, heal us.

More on the science behind all that in a future post….

13 thoughts on “You Fish When You Can”