Drive five hours for four hours of fishing and scouting? Out at 4:30 am and back home at 1:30 pm?

With temps warming and flows at 130 cfs at the Deerfield a few weekends ago, I decided to go for it. I’m new to the river and really want to learn it. I’ve never seen the river at such low flows. Also, the Deerfield had not been stocked, and I wanted to see where the wild fish and holdovers might be.

Once there, I hit some old spots and found some new ones. The Deerfield looked entirely different from my prior outings, when it was running at 1,200 cfs and above. It seemed like a completely different river.

I tried all sorts of flies and tactics, hoping to ping a big brown. The water was about 38 °F, and the fish were in no mood to chase.

I walked a fair amount, as I continued to pay my Deerfield dues. The river is just massive. I found some fishy stretches. There were many slippery boulders, too.

Altogether, I went two-for-three, with the larger one taping at 16″ and fighting well. Takes were very subtle. All three fish took light nymphs at bubbly or slightly-broken water.

Here are some new pals. One might be a wild fish. Alas, no browns yet. 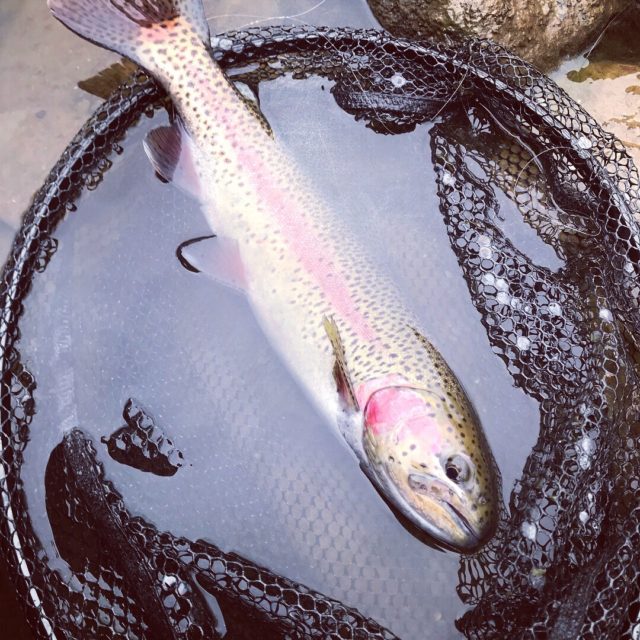 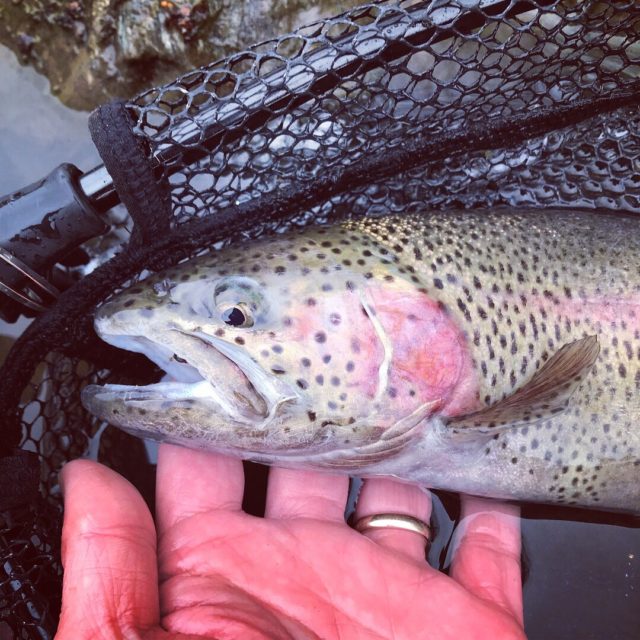 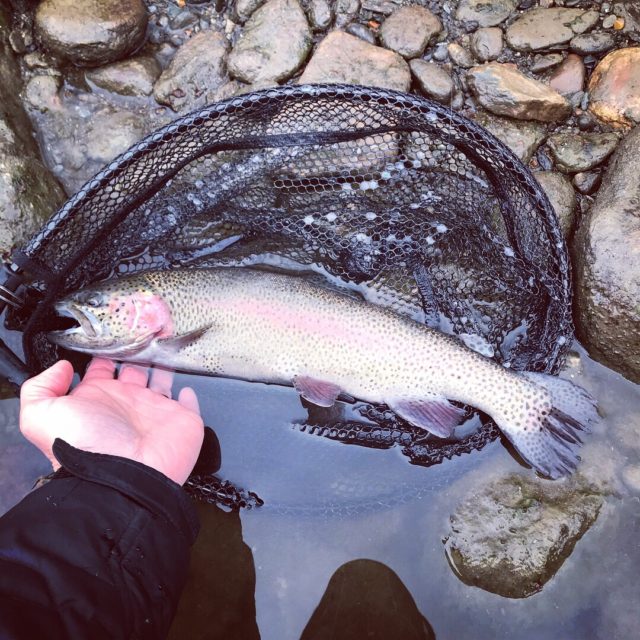 Happy, I reeled up and went back to the car.

I called ahead to the Cold River Café to pick up a sandwich to-go and listened to podcasts that made the drive home go by quickly. The outing was definitely worth it. I really enjoy learning a new river.