With most rivers blown up and cold, I took a risk and went to the areas north of, and within, the Willimantic’s Cole Wilde TMA.

I thought I’d explore one of the brooks around there with the theory that tributaries clear out faster than rivers. 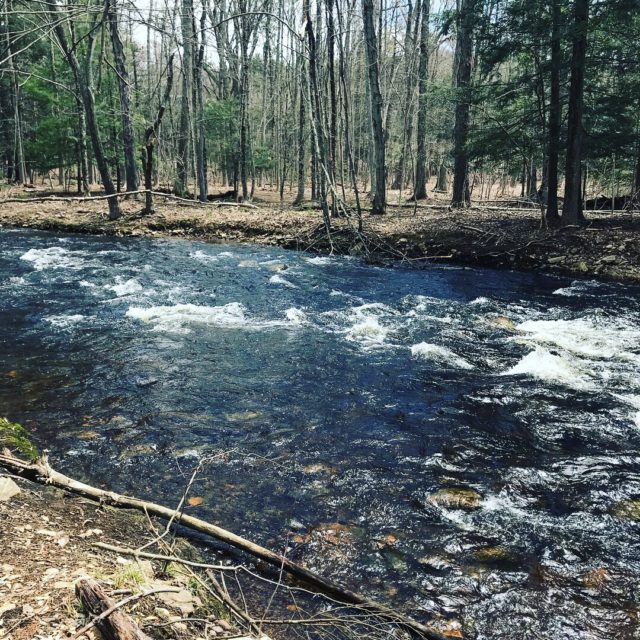 I ended up doing more walking and scouting in the beginning, as I poked around at new areas. There were quite a few spin tacklers out, and I had some good chats with them. No one was catching, but we all were convivial, grateful to be outside.

An entire family was out together, and that was a fun sight: parents investing time to be with their children.

Parts of the brook and the Willimantic were fishable. But, you really had to pick and choose your spots. It was about cherry picking the water to find slack areas.

I had extremely low expectations and, surprisingly, ended up doing well by throwing an indicator. It was a quick but productive outing. Some rainbows and browns came to the net. 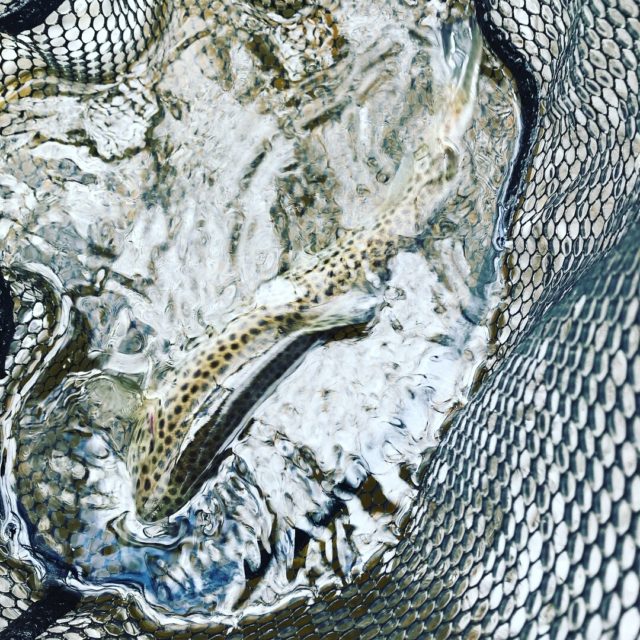 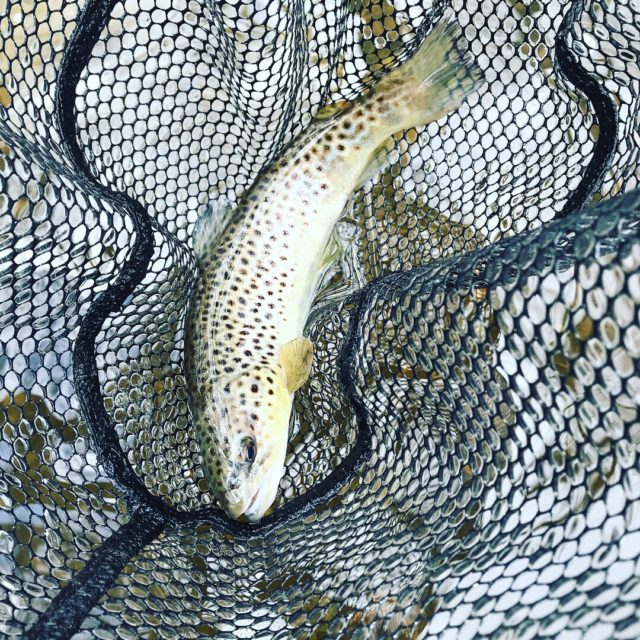 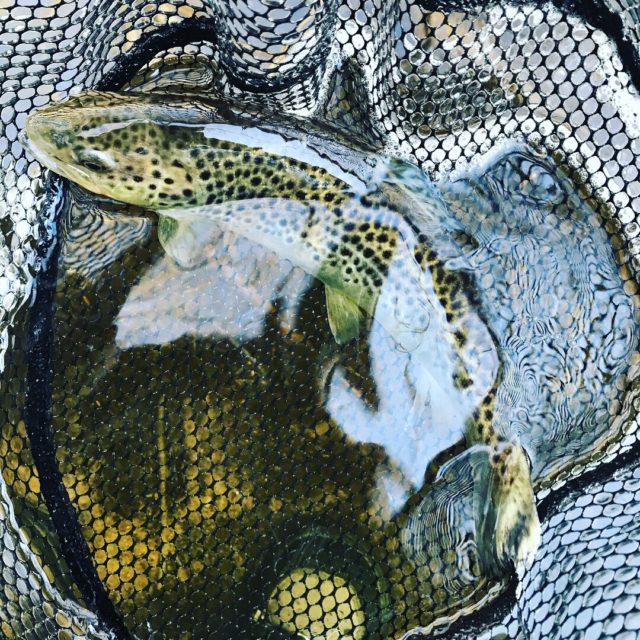 They didn’t have that “fresh from the hatchery” look and were extremely feisty. Also, some suckers and a fallfish showed up, too. They were hard fighters. 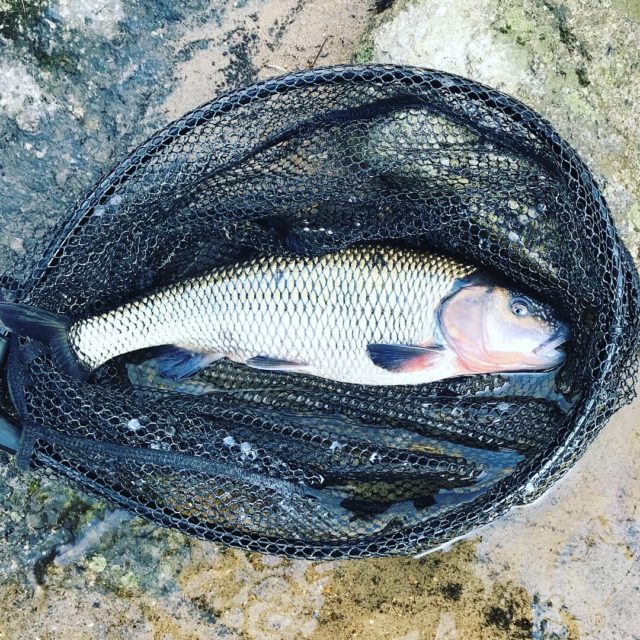 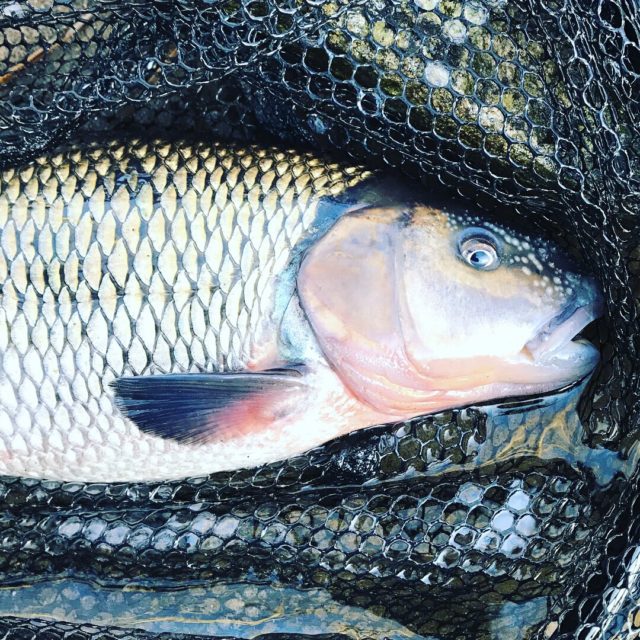 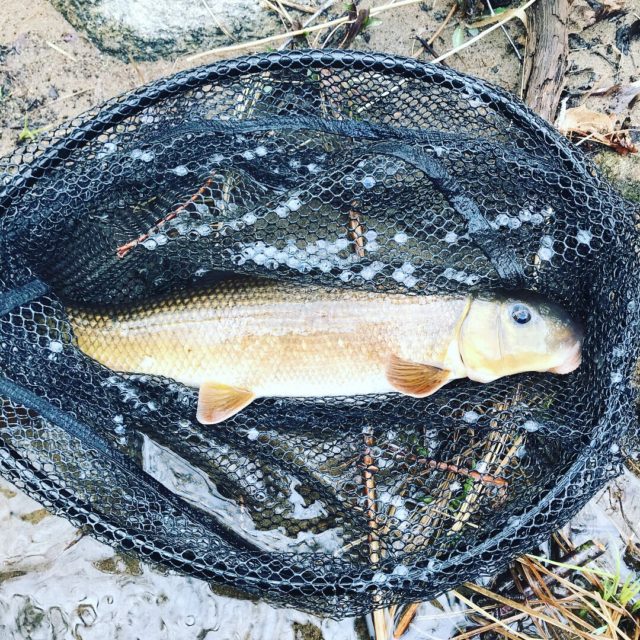 All this cool weather and high water bode well for the summer. Droughts can wreak much damage to bugs and fish, and I would rather deal with more water than less.

So, whether you’re determined this weekend to fish or instead are focused on fly tying or errands, I hope you find good opportunities to recharge. Have a great weekend, everyone!

3 thoughts on “At the Willimantic River”