Every so often, our family’s crazy schedule is such that everyone else is out of town. For me, that means guilt-free fly fishing.

Many of you have children, and you know what I mean.

So, I decided to take some vacation time and do an overnight trip at the Farmington. My spring-break holiday. For the first time in a long while, I was skunked during my last trip there. So, I wanted to return.

After a run to Logan airport to drop off family, I arrived at the river at 9 am, much later than my usual start time. The water was 38 °F, and I decided to start by throwing the ol’ indicator at new water for me up along Hogback Road. To boot, it was very cold and windy.

Amazingly, I caught two rainbows in quick succession. One looked newly-stocked, but the other one was quite dark. A third fish broke me off on some underwater structure. 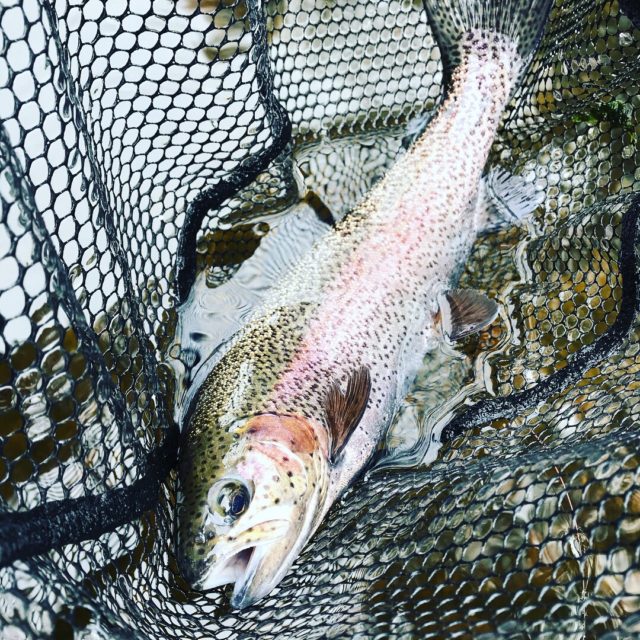 I love the pulsing electricity that happens when there is a fish at the end of the line and the fly rod is bent.

Happy, and seeking more seasoned fish, I reeled up. Stockies are great and all, but I wanted a different kind of fish. So, I drove to other spots, both familiar and new. The Farmington is massive, and I enjoy trying multiple areas. Unfortunately, none of them had fish for me!

At one point, as I munched on a PB&J, I thought about what, if anything, I needed to do differently. I decided to hit an area which I knew had fish. I figured the hide-and-seek game was one I was starting to lose.

So, I drove to one of my favorite stretches, which is in the TMA. Some stoneflies and midges were popping, and I thought that “floating the sighter” at some bubbly and shallow water might work.

It is a very fun way to fish. Rather than using an indicator, you grease the sighter and use light nymphs. My Euronymphing leader has a stiff butt end and casts well. When greased, the sighter’s “whiskers” are easy to spot in low-light conditions.

When the sighter jerks forward, you raise the rod tip. The technique works best if you are directly below the target zone so that the leader floats on one current seam. The alternative is to mend the line downstream.

Thankfully, it worked. Two more rainbows showed up. This area had not been stocked, and it made me wonder if I was getting lucky with holdovers.

At this point, the wind really started to gust. But, I worked some more areas.

Then it happened. The fish for which I had been waiting all day: The Wild One. 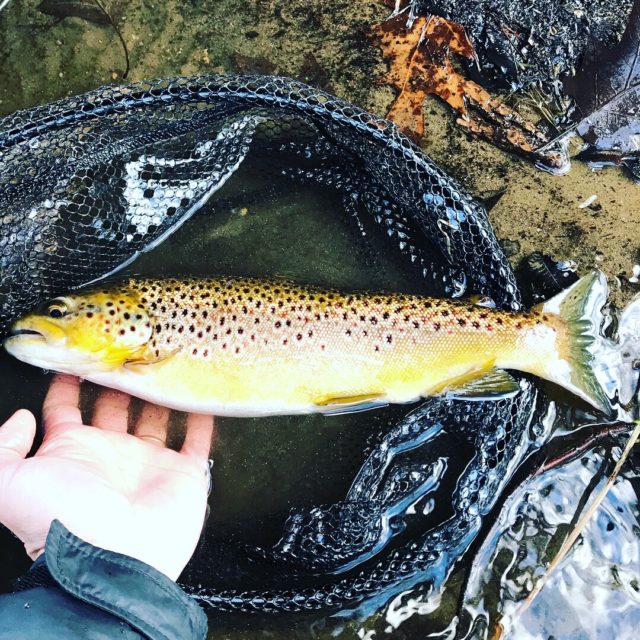 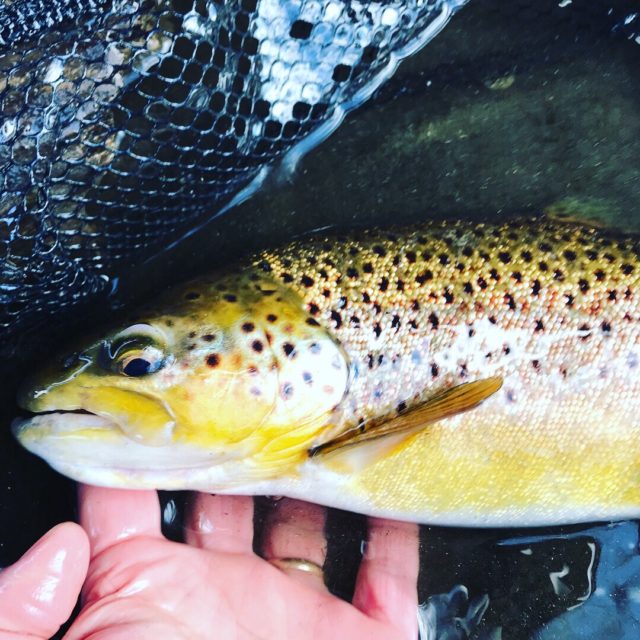 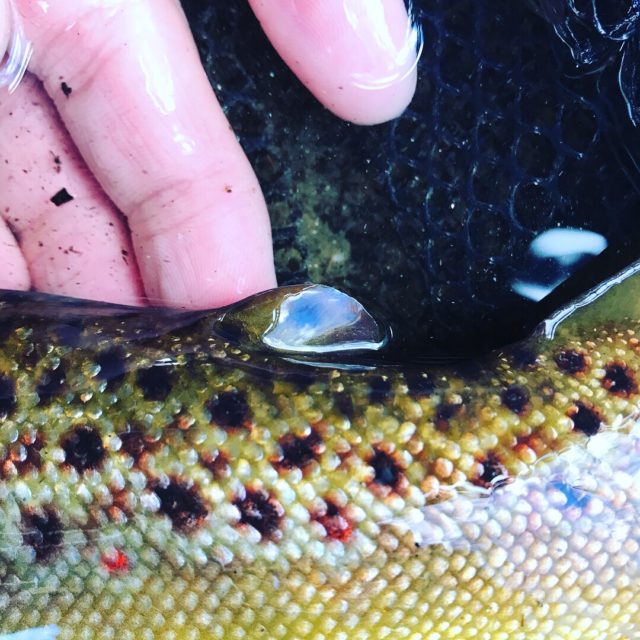 It was a brown with intact fins and that measured 15″. Not a giant, but, it was thick and fought well. It really is tough to beat wild fish. They’re savvy and hard fighters.

With that, it was time to reel up, as I was very, very cold. One hot shower later at Legends, I felt revived and grateful.

It was great to chat with the owner, Sal Tartaglione, who recently landed a 20″+ fish. I also spoke with Louis, who works at UpCountry. It was fun to speak with others who also are passionate about fly fishing.

The next morning, temperatures had fallen and were continuing to go down by the hour. The wind was blowing at 20 mph, and the gusts were even stronger.

I decided to fish anyway. Heck, I was already there, and I figured it would be a fun challenge. I decided to avoid the newly-stocked areas and gun for more wild fish.

The wind was already insane when I got to the river. I worked an area as the only angler for a few hours (only one other person showed up all morning). It was hard to cast, as the wind created tangles and drag.

So, after thinking about it, I decided to grease up again the sighter. With the rod tip low, I figure I could minimize the amount of line exposed to the wind’s vagaries.

Thankfully, it worked. Within a few casts, the sighter jumped forward. Fish on.

It took a little bit of doing to tame the fish. When I slid it into the net, I was surprised that it wasn’t bigger, given how hard it pulled. 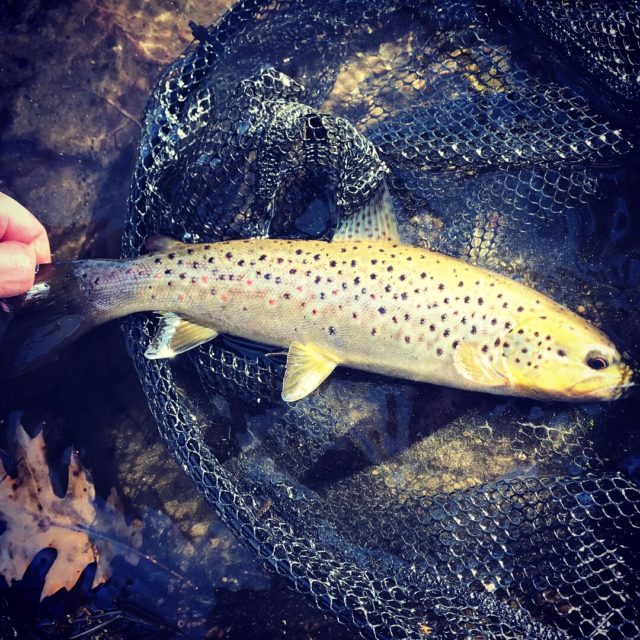 The brown was probably 12″ or so, and it looked clean. The picture doesn’t do justice to how vibrant it looked.

I stuck around until noon, but that was my only take of the morning. That’s more than fine. I saw another wild trout, and that’s enough for me.