A couple weeks ago, I* made my way to the Marlborough Fly Fishing Show. It was awesome.

But, unlike the boat, sport, and outdoors shows of my youth in middle America, this show had a much different feel. The word that comes to mind was concise, and it was such a good show, too.

Like everybody else, I was excited to see the national names and the possibly pick up a gizmo and tying materials at cut-rate prices. But the thing that stood out the most about the show was the amazing amount of local guides, tiers, and shops that filled up the booths.

I wanted to share some of the great things I saw to the folks that weren’t able to make it out.

It seems to me the best part of the show was seeing all of the great local people, who were representing the area. I have recently adopted New England as home and have been more than stoked by the good fly fishing compared to where I moved from in the panhandle of Texas.

One of the booths was held by The Deerfield Fly Shop , which has been my go-to to load up on info and gear before hitting the Deerfield or tribs. If you want some souped-up articulated streamers custom-formulated for the Deerfield, get ahold of local tier Jay Aylward. I ran into him at the show, tying up some awesome Gongas. 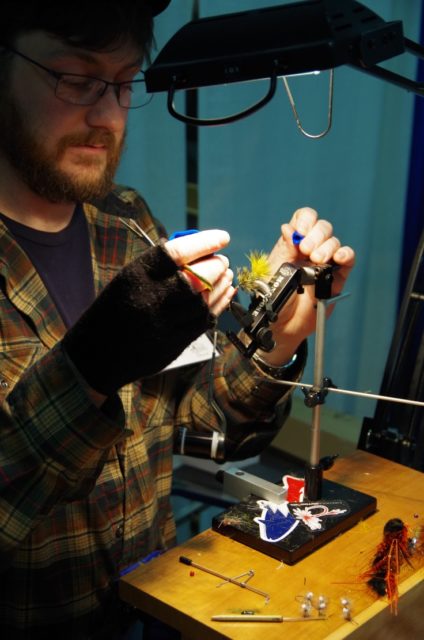 If you are in the eastern section of MA, get hold of Geoff Klane of Brackish Flies. He was whipping up some awesome flies for sea-run trout, and I fell in love with a Danish pattern he had called “Agerhønen.” I can’t wait to try it out. He also guides all over the eastern half of MA.

I also got to meet one of my favorite fly fishing artists: Ryan Keene. I love his pieces, and, if you didn’t know, he is originally from the area (and, a super-nice dude, too).

I was happy to see some of the busiest booths weren’t those with the bargain fly bins, but, those covering conservation topics. These were organizations such Stripers Forever, Massachusetts Environmental Trust, Native Fish Coalition, and several chapters of TU, all of which were doing some great outreach.

The group that was a real stand out, though, was Project Healing Waters. I talked to one of their members, named Charles Mezger, a Vietnam vet himself. He was very passionate about helping the new generation of veterans cope with injuries (mental and physical) by helping them learn to tie flies and fly fish. It’s a really neat program and they mentioned that they can always use volunteers, especially for helping with fly tying. Get ahold of the New England Chapter if you have any interest.

From Ragna’s and Matthia’s own admission (and verifying my initial thoughts), the Massachusetts show was pretty small. But, also, by their own admission, “It was the best show [they] had” during the tour so far. There is enough water in Massachusetts alone (let alone New England) for me to cover in one lifetime, but with flights often below $500 to Iceland, a boy can dream. 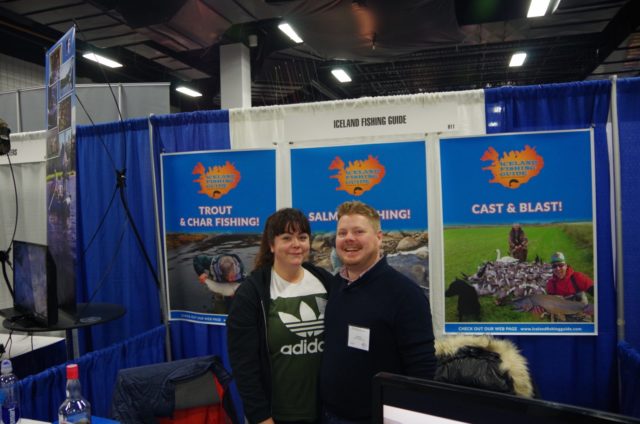 Probably my favorite thing I saw though had to be these: 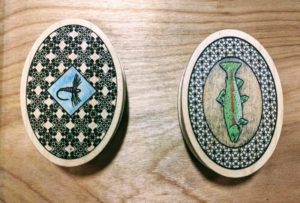 These fly boxes were made by Jay Burge of Finest Fly Tying Benches of Colorado. The craftsmanship was just amazing, and I loved the details. He also makes just fabulous benches. He told me that one of the benches probably takes about 16 hours start to finis,h and he uses upwards of 50 different hardwoods for all the different benches and boxes he puts out.

I, being the poor graduate student that I am, picked up a box even though I wanted one of the tying benches. I didn’t really have the extra money for it, but thought they were just too cool to pass up. Remember, a boy has to have something to dream about, right? 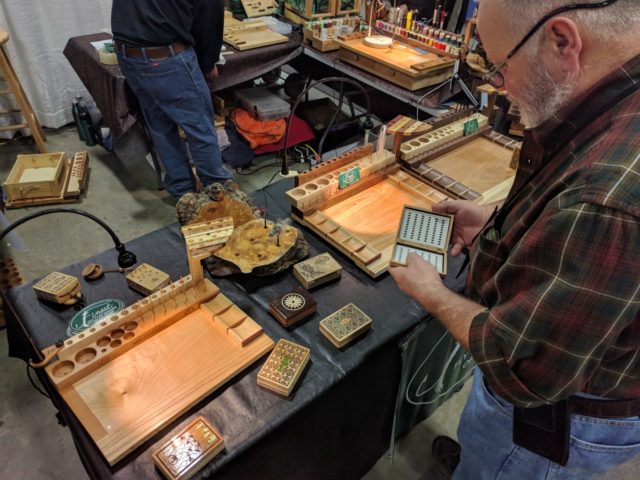 Full disclosure: I get nothing from these recommendations or references. I just met a whole bunch of really great people that took to time to talk to a stranger and are working hard to make their and others’ fly fishing pursuits become realities.

It was a great show. Hope to see you there next year.

*Hi everybody, I’m Joe Drake. I am really excited to join the BlogFlyFish.com team. I have been described as a “recovering field biologist”. I am a student at UMass Amherst, who is presently working towards my Ph.D. in the Department of Environmental Conservation.

Before I made it to New England, I grew up in Southern Indiana where I did cut my teeth fishing for ‘gills.  When I’m not studying or working, you can find me out in the woods, on the river, or in my workshop.

During a hiatus from college, I worked for various federal agencies and universities across the Western U.S. (living out of the back of my beat-up Ford Ranger) for four years. Although the West stole my heart, I am in love with the East’s native brookies.  I am constantly trying to discover the next thin blue lines with those forgiving fish that can help me feel like I can tie a fly worth fishing.

I have also been known to use (GASP) both graphite and fiberglass rods (isn’t that a thing people get worked up about?). I also think indicators are just bobbers, and, sometimes you need a bobber.

Keep up to date with my work or get in touch at my personal blog or on Twitter at @VAN_DLL.