I woke up on Presidents’ Day hoping to close out my Deerfield long weekend with a bit of fishing.

I was surprised to see that the temperature outside was 14 °F, much colder than what was forecast. The temperatures really fell overnight, and that usually means tepid fishing the morning after.

So, I was ambivalent about wetting the line. I drove to a nearby breakfast place at 6 am to mull it over…only to find that it is closed on Mondays.

So, with a few quick swipes of the phone, I saw awesome ratings for Baked in nearby Shelburne Falls. The coffee was hot, the eggs were delicious, and I felt new motivation to fish.

My plan was to visit some new fishy-looking stretches to continue my due diligence of the river (prior outing here). I also wanted to go back to some prior spots. When I end a fishing trip, I hit a few areas that previously produced, a bit of a “greatest hits” reprise during the drive home.

At 7 am, with the sky gloomy and an air temperature that had not budged, I was the only angler around. I went back to a place where I yesterday dropped a fish and a second one broke me off on underwater structure.

They were in an area that really intrigued me.

This stretch of water was about eight yards long and three yards wide. That’s it. It was a spot-within-a-spot. It was a bit of frog water: It looked shallow, the water was very slow, but it was next to a deep run.

It looked like a great place for wintering trout to hold when they’re not feeding or very active; they can just lie low and conserve energy. The area was only about 15′ from shore.

I’m always amazed by how close to land fish can be, and I’ve learned the hard way not to start wading right away. And, being the first angler on the water, I was hoping fish still would be near the bank.

So, I went into stealth mode.

I put on a New Zealand strike indicator, two midge larva flies (one with just a little bit of weight), and cast from the bank, hoping for minimal commotion.

Three casts in, the indicator dunked, and I set the hook. I felt electricity at the end of the line.

It ended up being a chunky and frisky rainbow, which taped at 14.5″ (not easy to measure a trout while it’s submerged–I didn’t want to risk freezing its eyes or gills in the cold air). Not a monster by any means, but, it felt like victory to land a fish from that area.

And, those perfect pectoral fins. They’re unlike ones I tend to see on stocked trout. Was this fish wild? The rainbows I caught during my first outing at the Deerfield also surprised me with such arrow-head-shaped and intact fins. 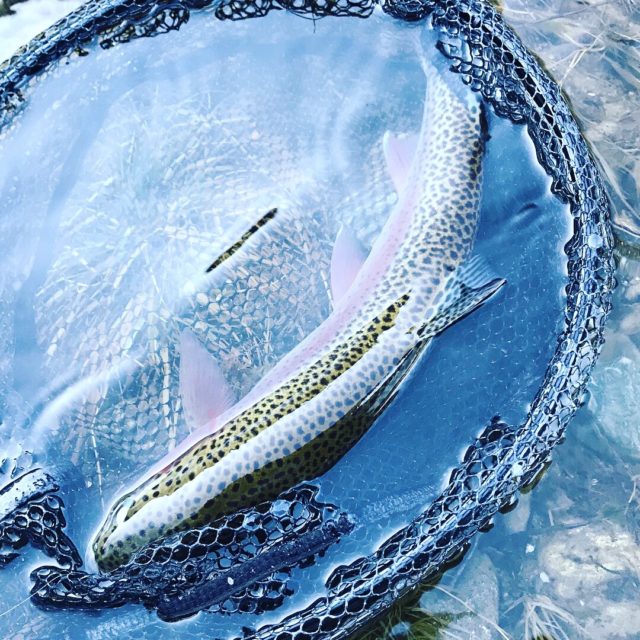 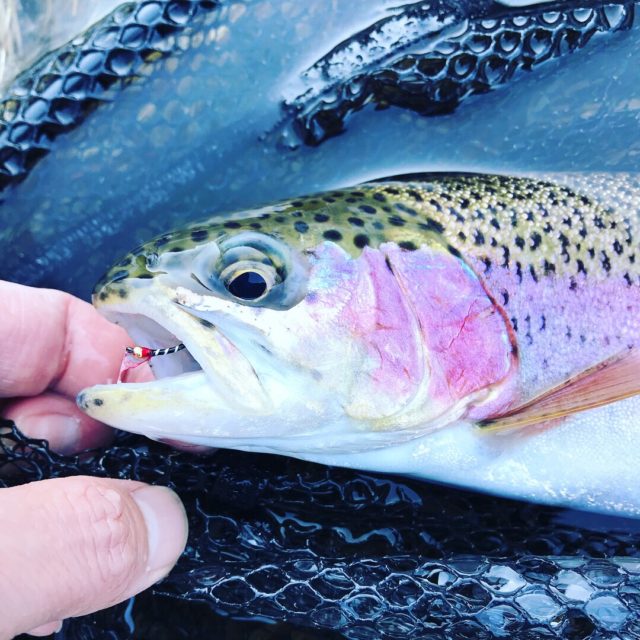 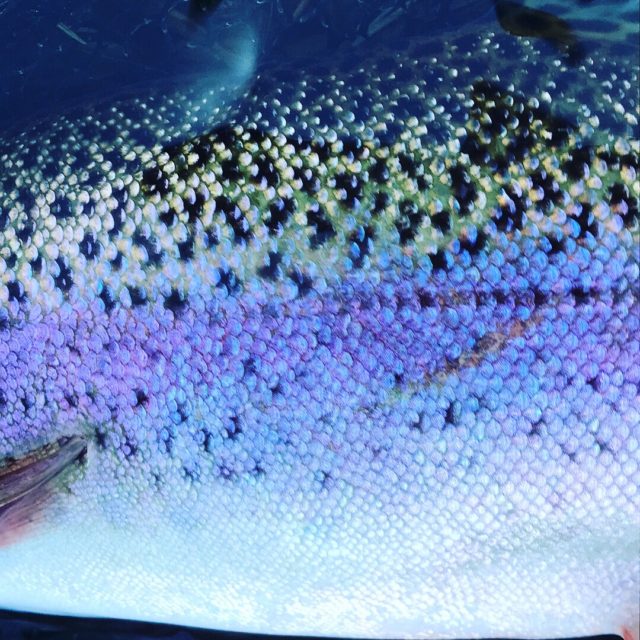 With that, I hit some new spots on the way home to explore more of the Deerfield and see areas that might fish well in the spring and summer. As temperatures rose, the water actually got colder from the snow melt.

No takes, but, I’m good with that.

3 thoughts on “A Deerfield River Reprise”