It is irrational, I know. A bit ago, the stars aligned, and I had a potential two-hour window on the water.

I decided to fish the Swift River above Rt. 9. I’ve not been there in a while. I’ve put in many hours there, and so, it is a bit like an ex-girlfriend. Predictable, comforting, but boring. And, other waters feel new and so exciting!

So, I decided to mix it up and left behind my dry-fly sticks. I instead brought one of my Euro-nymphing rods, the Syndicate competition-style 10′ #2. I love fishing with it.

You see and feel every tick and bump, particularly, with an all-mono rig. Yet, the Syndicate has a very strong fighting butt that can subdue quickly good-sized fish. It has quite a following among competition anglers.

To further change the scenery, I decided to park at the Quabbin Visitor Center. It was a pleasant walk down, and an uphill walk on the return that was far easier than it initially looked. 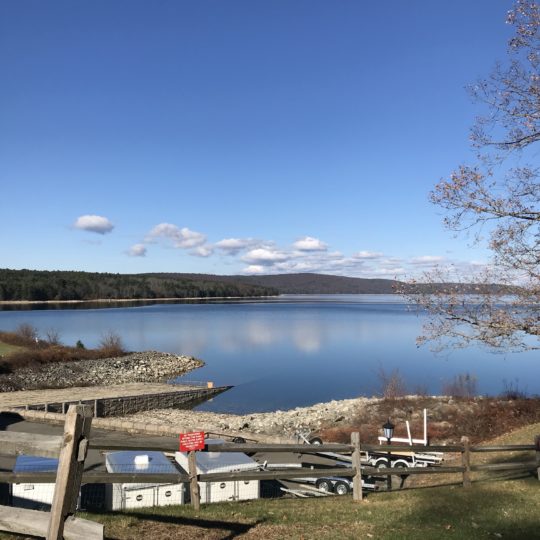 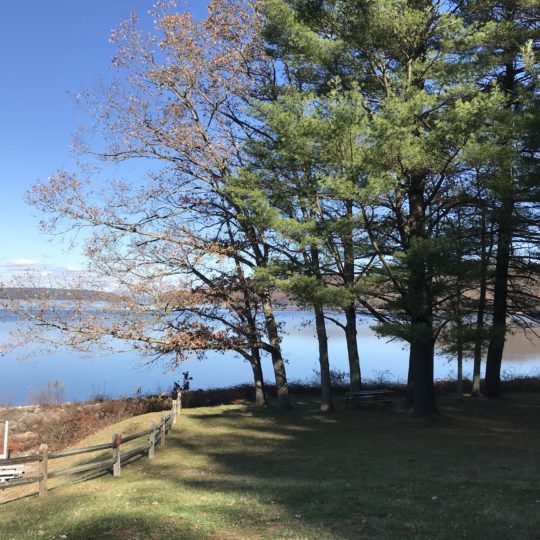 It was easy to avoid any redds, and the fish were surprisingly willing. I saw eight fish in short order at the Bubbler section. I hit the fast and the slow water. I threw dries, tightlined from afar, and “floated the sighter.”

Some of the sub-surface takes were extremely subtle, but, that’s where the Euro-style approach really shines. It is deadly with educated fish. The Euro rod tip is extremely sensitive, which both senses soft takes and bends like crazy when you set the hook and play the fish. This lets you use lighter tippet and horse in a fish quickly.

With brookie eggs in the water, I had a feeling it would be a sub-surface game. It really was. I had no takes when I threw dries. But, the trout were open to nymphs.

The nicest fish was a wounded warrior. Not sure what caused this scrape on its back, but I hope it will survive. 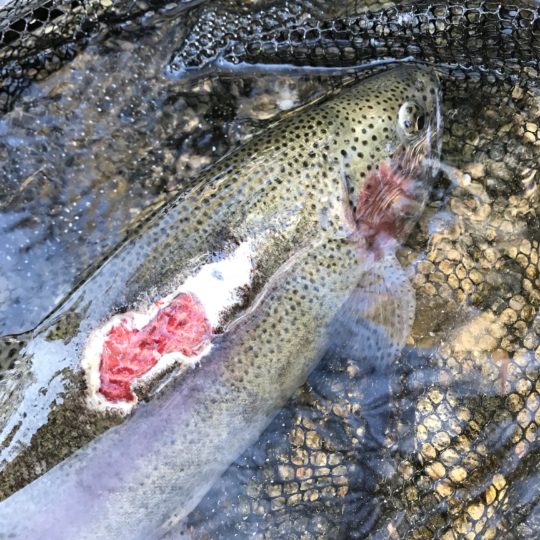 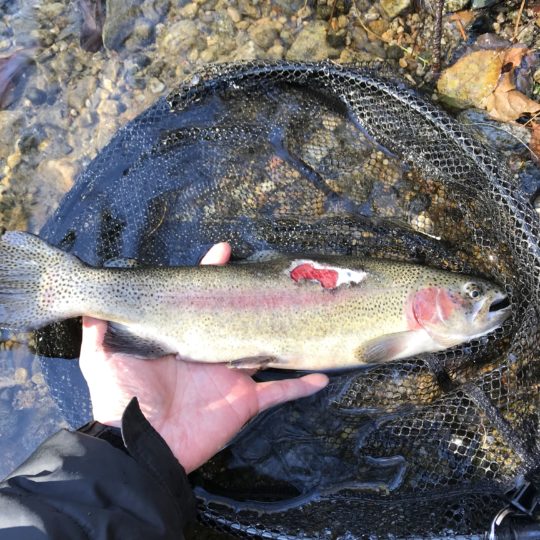 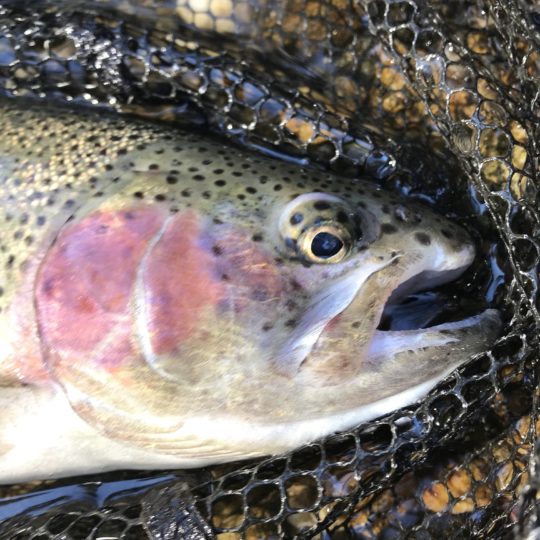 I then went to the Y-Pool. I saw only one fish and wondered why. Then, I saw an otter swimming around and hunting. Here is a video of it leisurely hanging out once it finished its afternoon laps.

That seemed like a good time to reel up and leave. So, a quick trip, and it was nice to be outside.

Best flies were a #16 Rainbow Warrior and a #18 soft hackle.

The latter has two details of note. First, I made it (that morning) with UTC 70 Denier Fluorescent Fire Orange. As a body for a soft hackle or a hot-spot on a nymph, that thread color has been extremely effective. I’ve tried different orange threads, and that one is my go-to.

Here is a shot of the soft hackle. Just thread, some extra-small copper wire for ribbing, a bit of Hungarian Partridge, and a black Sharpie to color the head. I made a second one with a sparser hackle. I didn’t use it, as this one was a fish catcher: 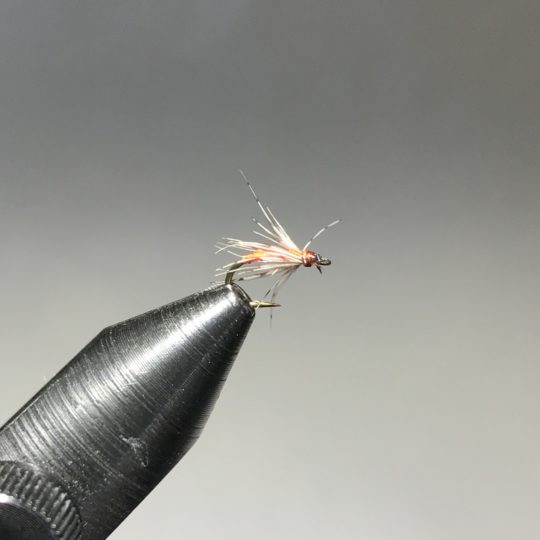 Tight lines for all until next time!