I fished the Androscoggin River on Saturday with the usual motley crew.

It was a perfect fall day; the foliage was in full display, bugs were popping everywhere, and the fishing was great. It wasn’t long before I landed my first fish, a nice brown. Over the course of the next two hours, each of us landed (and lost) many more.

Most of the fish landed early on were browns, with only one rainbow thrown in the mix. They were keyed into the Isonychia hatch, although there was also a blizzard BWO hatch at the same time. Nymphing with large pheasant tails, zug bugs, and soft hackles was the key. Many strikes even occurred on the swing or while stripping the flies back.

My first fish of the day. It hit an olive soft hackle as it was swinging at the end of the drift. 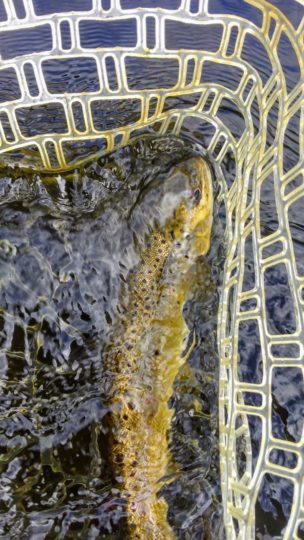 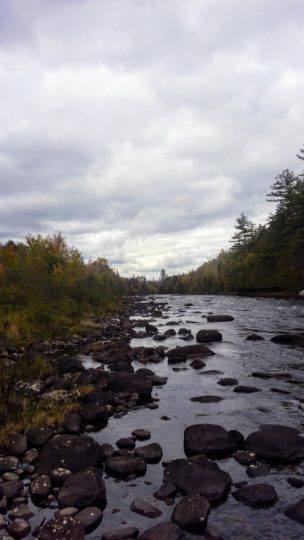 Around 4 or so, the bite really slowed down. We covered water, fished every likely spot, and changed techniques with only one lost trout (or landlocked salmon) and two smallies between us to show for it. Fall fishing tends to be streaky in this regard; the bite can turn on and off with a slight changes in temperature or cloud cover. The upstream dam cutting the flows back could have also had something to do with it as well. Tired but satisfied, we walked back to our cars and drove back to Durham. 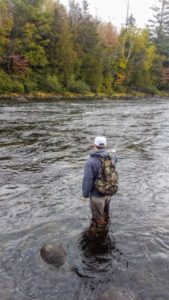 Pete nymphing a run (above) and reaping the rewards (below).

The only complaint that I have for the spot we were in is that the bottom is filthy with algae. Every cast or two, we had to clean off our nymphs. It wasn’t as much of a problem in the deeper, faster runs, but it became more of an issue once the flows changed after 4. The worst part about the algae was that it reduced traction and resulted in some nasty (and embarrassing) falls. If you fish this river in the future, I would exercise some caution while wading. A great day can turn bad in an instant if you aren’t paying attention. 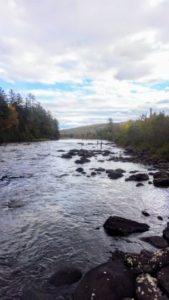 Matt and his dad nymphing downstream of me. Both of them caught many fish. 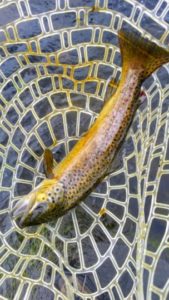 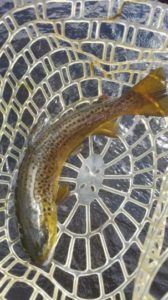