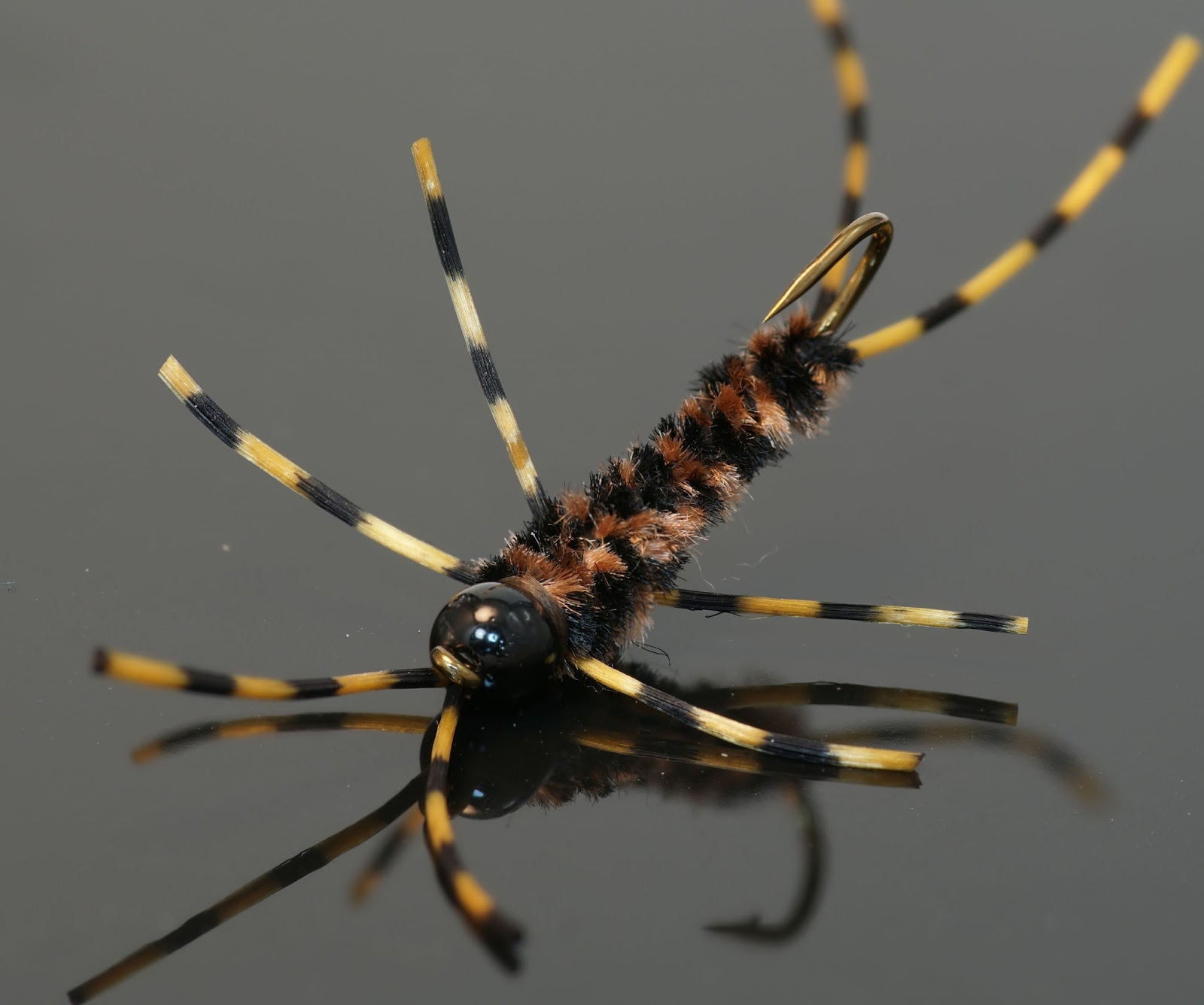 A very simple but effective fly is the Pat’s Rubber Legs, a stonefly pattern. I first fished this at the Upper Madison above Reynold’s Pass. It did wonders.

Since then, I’ve learned to tie my own flies. I’m amazed by how easy it is to tie the Pat’s. I’ve caught many browns on this fly.

My versions use variegated chenille. I make the fly in two different versions: one in yellow/black and another in coffee/black. Color contrast is a huge strike trigger. The rubber legs also move and quiver, and I think they too dupe trout.

Stonefly patterns work well for me from February to June. Below is a brown I caught last February, when the water was 33 °F. The fish were chomping on stoneflies. 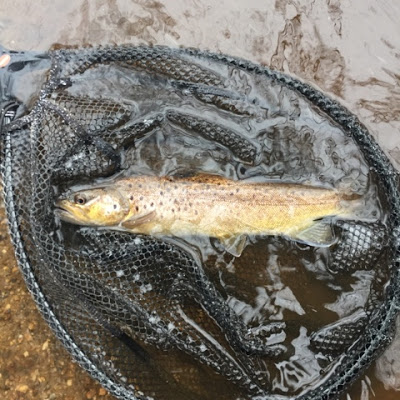 Give the fly a roll. It’s a very simple but effective one. Charlie Craven has a tutorial here. February isn’t too far away.