Skip to content
I fished a half-day. The Millers was up to 72 °F. The water was low, which portended the possibility of spooky trout and the need to nymph from afar.
I found trout in the riffles or in very deep runs. Landed nine, including some good-sized brown trout with perfect fins and the fighting attitude of wild fish. Saw a water snake up close (photo below).

A friendly kayaker came down river and politely steered away from me. Then, two canoes were heading towards me. I assumed they too would veer, and so, I just kept casting.

Instead, a canoe with two older men drifted right by me, right on top of the glide where I was casting. They didn’t apologize, and when I called them out on it, one of them said this: “We don’t have brakes, you know.”

“Well, you could go to the other side like the other guy,” I said.

“You were fishing that other side earlier,” he said, which struck me as a pretty lame non sequitur.

Their wives in a different canoe arrived 10 seconds later and politely detoured five yards to drift behind me, and I thanked them.

A few minutes later, they were around the bend and I wondered if they knew what they were doing, as they were going to hit some white water downriver

Eventually, I drove to a new spot. As I approached the river, I could see the same canoes a few hundred yards away. But, they were stationary. Oh geez, I thought.

The men and their canoe were in a quiet eddy waiting and doing nothing. That seemed weird. Then, I looked up river. Their wives’ canoe was stuck on a boulder amidst white water. This will be interesting, I thought

It took about 10 minutes to walk up to them. I expected the guys to get out and help their wives. They didn’t. They just sat there.

Eventually I came up to the men. They looked shocked to see me again.

“Aren’t you going to help the women?” I asked.

At that moment, there was a scream. One lady was standing in the canoe. Her hat and paddle fell into the river. She teetered and thankfully didn’t plunge overboard. Instead, she fell back onto the canoe, but smack onto her back and bum. I quickly went into the water and helped out.

The ladies were very grateful, and I made a snarky remark about where in the hell were their gentlemanly husbands. The women laughed.

On a lighter note, here are some photos from the day. Have a great Memorial Day weekend 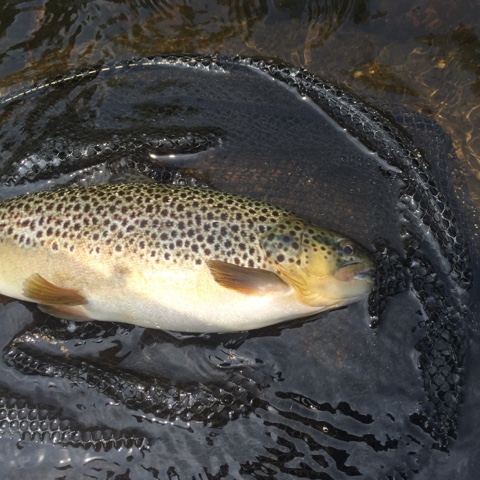 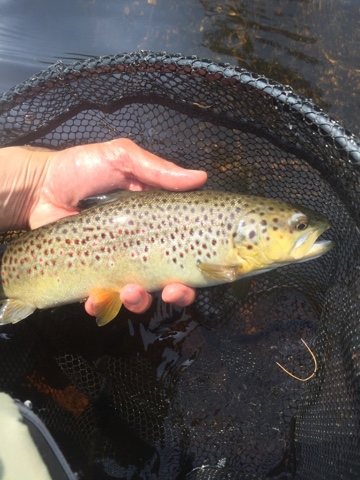 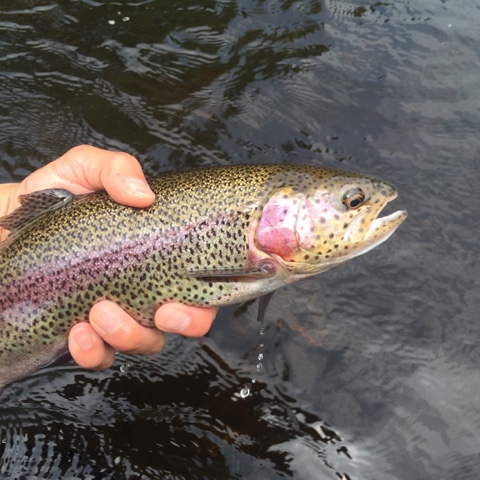 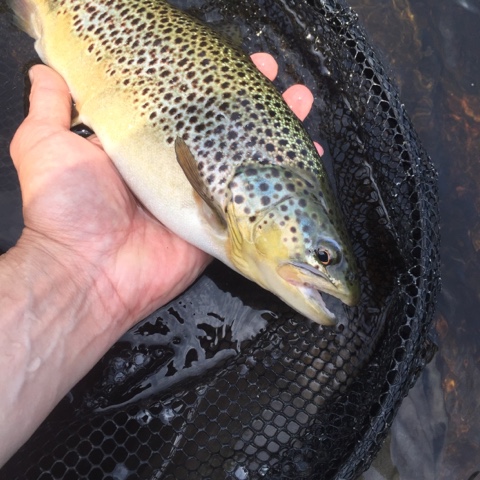 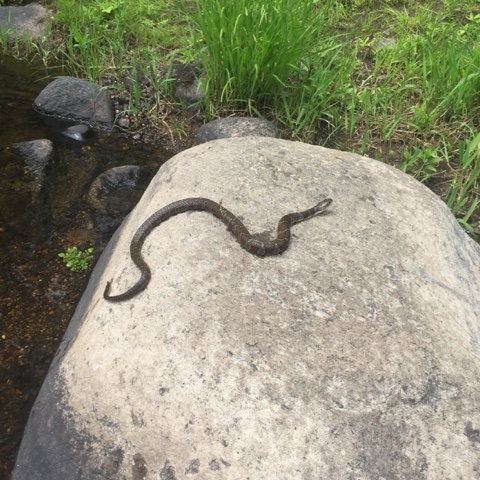 6 thoughts on “Fat Trout, Canoes, and a Snake at the Millers River”