After work, I fished a local freestone. Caught a few fallfish. Landed a few stockies. Chucked the indicator around some bubble lines. A pleasant outing, but nothing dramatic.

Then, I moved spots and decided to tightline nymph a new area. Made a few casts. The line paused, I lifted the rod and felt some significant weight. Then, the weight started to move. I saw a flash of olive and hoped it would be a brown trout.

The fish jumped into the fast current and really pulled on my 4-wt. I decided to take a risk and tighten the drag. I used some side pressure to ease the fish into calmer water and then really pulled in line to keep my rod tip above the fish. I let it swim around in circles and did my best to keep it away from the rocks and branches at the bottom. Thankfully, the 6.5x fluorocarbon tippet held.

Eventually, this 12″ holdover brown, which I think is a male, made it to the net. Victory! It’s a grizzled veteran, and there were two healed gashes on its left side. 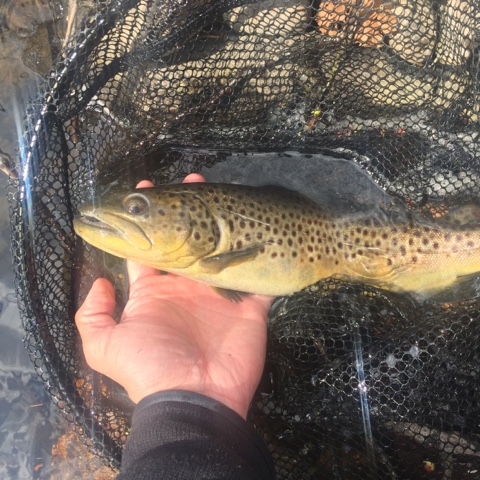 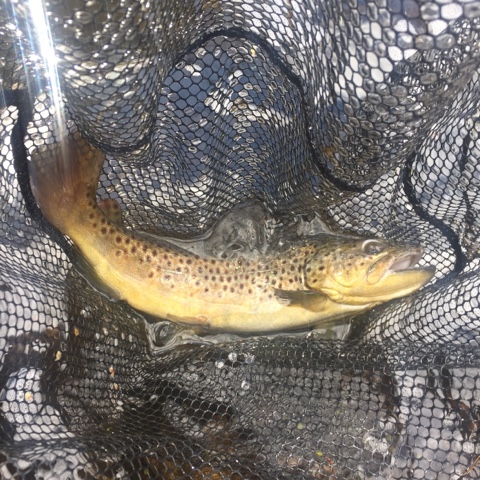 My Frabill net detaches, and so, I wedged it into the water among some rocks. I do that to let a good-sized fish recover at its one pace. I rechecked my knots and then cast about 5′ ahead of the previous spot.

The line paused again. I expected a snag. Then, I saw flashes of golden yellow. Another brown trout? It felt significantly heavier than the earlier fish. I actually decided to loosen slightly the drag, as I wasn’t sure if the tippet would hold.

This fish also surged into the fast current to get away. I used side pressure again to ease the fish into quiet water and quickly reeled in to try to contain the fish. It didn’t want any part of that and kept jumping into the fast current over and over again. It was angry. My heart was really going at this point. Thankfully, the tippet still held.

I was pumped to land this 15″ brown, another holdover. This one had some beautiful spots and a more pronounced kype. It had stubby pectoral fins, which happens to some hatchery-bred fish. 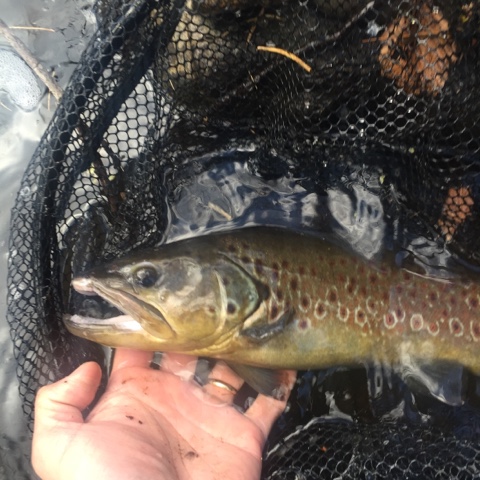 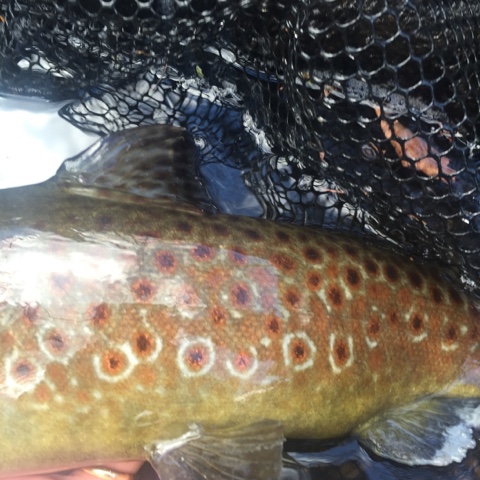 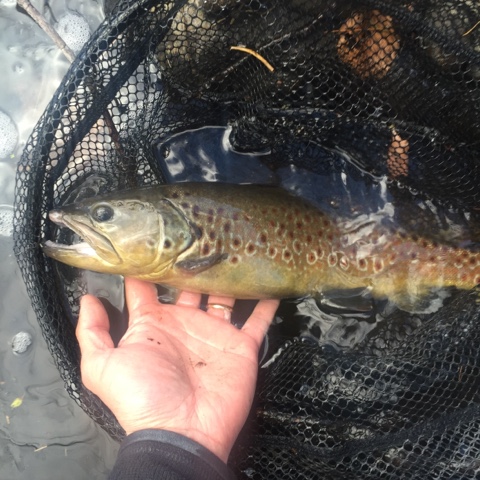 I again let this fish recover at its own pace. I cast some more and didn’t get any more takes. So, I spent a few minutes just admiring the fish as it placidly recovered while in the net. After a while, it clearly was good to go, and I released it.
>
It flicked its tail and gracefully glided away. There’s a feeling of both joy and sadness when I see a fish swim away. Farewell, trout. May you prosper and live a long, long time.