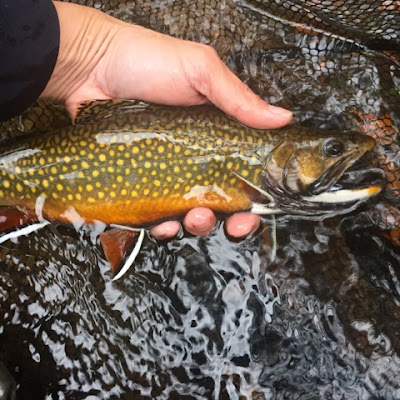 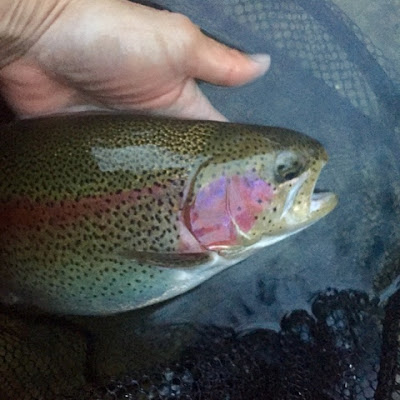 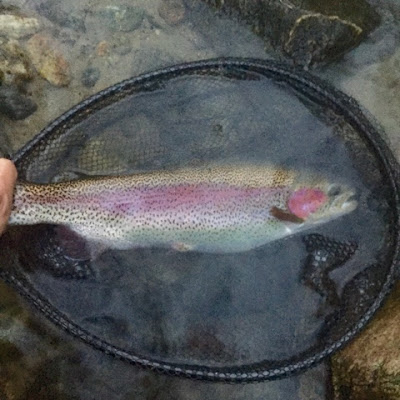 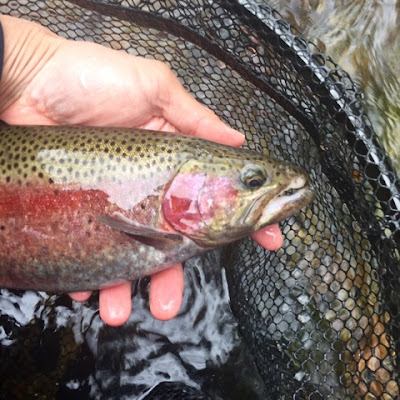 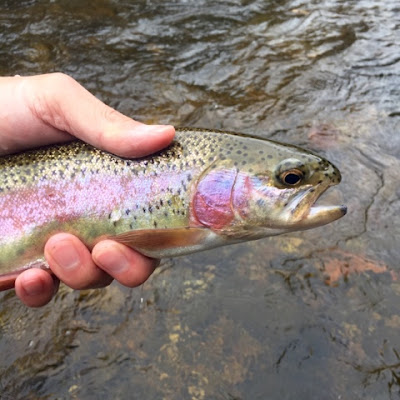 I fished the Westfield and Swift on Saturday. I was hoping to do one last trip to the Chesterfield Gorge before the water temperature became too low, and yesterday was the day.

I didn’t see any cars parked as I trundled down River Road, making my way down the dirt trail and negotiating the rocks.

I felt incredibly excited as I rigged up my 11′ 3-wt. and walked to one of my favorite spots. I didn’t see any bugs, and so, I got the sense that the fish wouldn’t be too actively looking for food. Water was about 50 degrees, and so, that was good.

I started in some of the usual riffles and runs and was blanked. I suspected that the fish would be saving their energy and hanging out in deep and quiet water. So, I put on a New Zealand strike indicator and did some suspension nymphing. I teamed up a Hare’s Ear with a pupa pattern, size 22. I hooked three and landed two.

I then headed to the Swift around lunchtime. It was cold and windy, and I decided to nymph rather than throw dries. I did so with my 000-wt., which was surprisingly do-able.

I landed about 15, maybe 20? I decided not to count. The highlights were a 12″ brookie and an 18″ rainbow, which was super fat. See the first three photos up top.

The brookie came after I was sight-casting to a good-sized fish that I thought was a rainbow. I was shocked when I saw the orange flash of the belly and the kype. It’s good that the Swift brookies are re-generating.

The 18″ rainbow was a fat beast. It was past sundown, and I decided on “one last cast.” I’m so glad that I did. In retrospect, I threw my flies at the prime area of a feeding lie, where an alpha trout would hang out and bully away other fish.

Various small flies did the trick. I’ve tied a bunch of larva, pupa, and emerger patterns with a variety of materials and colors, from a size 20 down to 28. I’ll write about them one day. Segmentation on the flies seems to be a strike trigger, and I got more hook ups the smaller the fly I used. Takes were extremely subtle and quick.

I stayed until dark. I walked my way back to the car, hoping I wouldn’t trip over a rock. I was very happy. It’s a sort of quiet and deep happiness. A day well-fished is a good day.

7 thoughts on “The Westfield and Swift Rivers: A Fat 18" Rainbow”