If fishing sub-surface, it’s tough to beat the good ol’ Pheasant Tail nymph. That’s because it mimics many bugs. You sometimes have to go super-small, but it’s a go-to pattern.

Color contrast, moreover, is a strike trigger for trout. I usually put a “hot spot”‘ of ice dub or fluorescent thread on my nymphs, with the former as a thorax and the latter as a collar right behind the bead.

I like pink, orange, and chartreuse as hot-spot colors. In the fall, those hot spots may mimic eggs from spawning brookies, and so, be an extra boost for strikes.

As an example, here are some soft-hackle Frenchies (which is a Pheasant Tail derivation), for which I use both pink ice dub and pink thread: 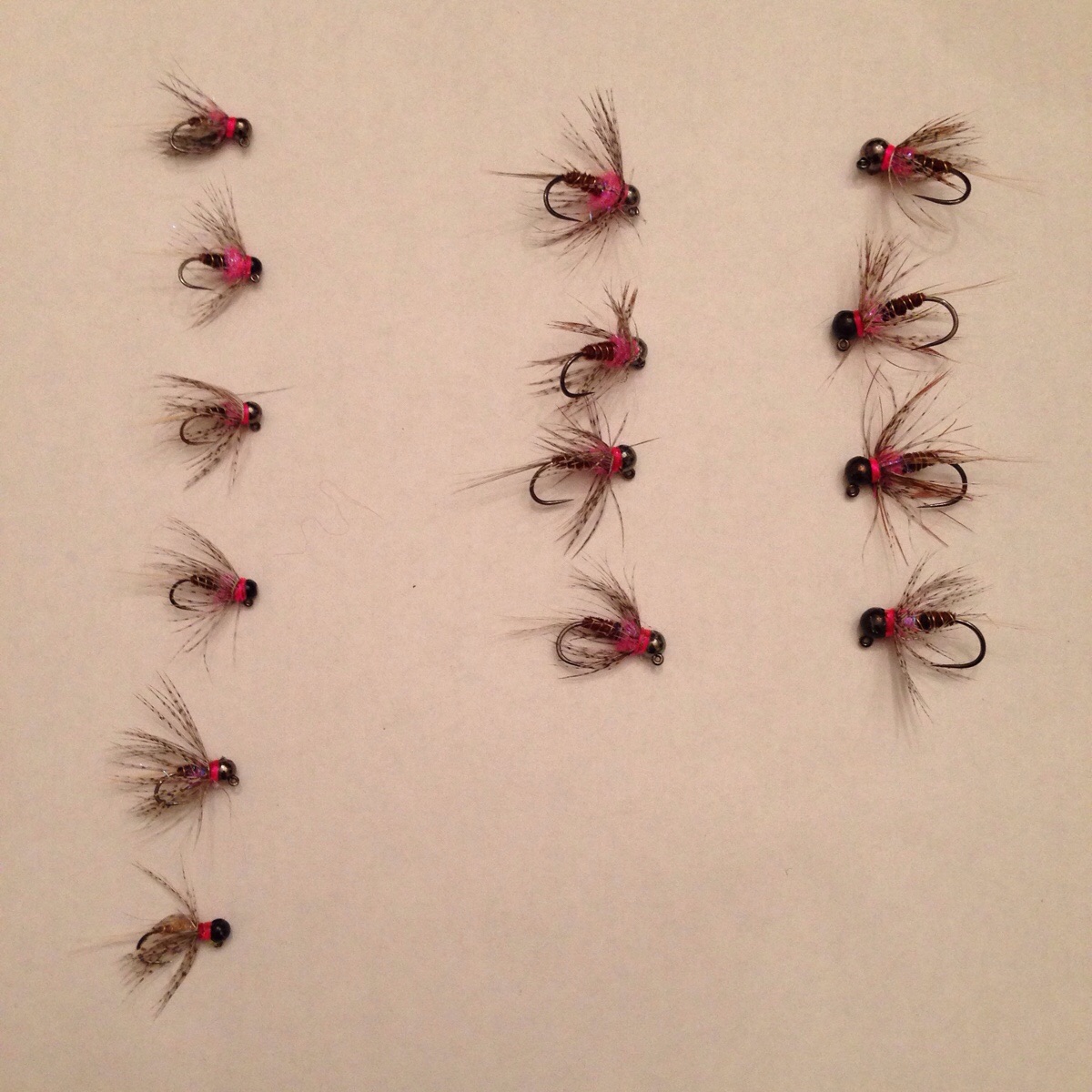 For another example of “Pheasant Tail + Hot Spot,” here is a new video from Tightline Productions. I love Tim Flagler’s work, and this is a pattern I’m definitely going to try.

He ties his wing case in a way to make sure the small hook eye isn’t crowded. That’s important on those cold days when your fingers are numb, or in low-light conditions in autumn.