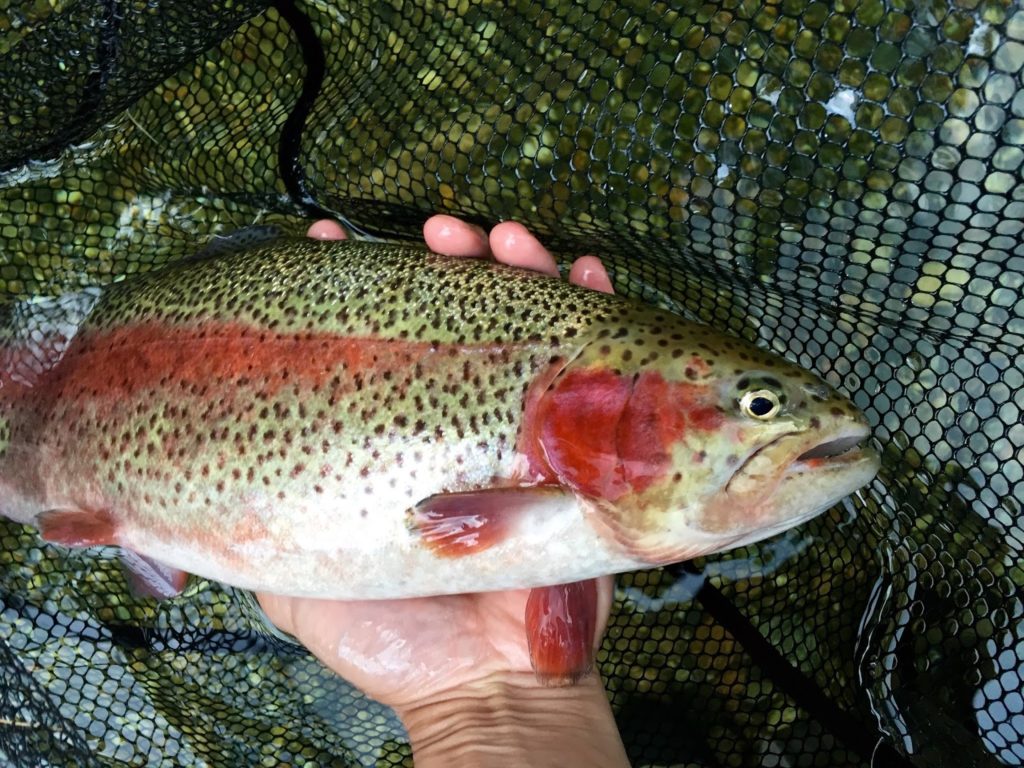 I a few months ago started fly fishing with dries on the Swift. As you know, it’s known for its wily trout and technical fishing.

I’ve been tweaking my approach and have settled on a set-up that has worked well overall. I’m sure you have your own preferences, but here is what has worked for me.

ROD AND REEL
I bought a short 000-wt. rod. It’s a great fit for midge dries and emergers. I can hit the quieter parts of the Swift and the line just floats down and kisses the water. With a slack cast, I now almost never spook trout in the super quiet parts of the river.

The give of the rod is also a huge shock absorber. I still lose fish on occasion, but less frequently. As you know, those Swift ‘bows can be pretty massive. When they run, they sometimes pull line and get to my reel’s backing.

I’ve used the rod in larger rivers for dries and have done tightline nymphing on the Swift with it. It works really well for the former and is more-than-adequate for the latter.

But, it is clearly a specialty rod for throwing midges. For day-to-day nymphing in freestones, I still use my 11’ 3-wt. Euro-nymphing rod. More on that rig here. So, when I know I’ll be doing a lot of nymphing and shooting dries, I will bring both fly rods with me, as I did recently at the Farmington.

LEADER SET-UP
Here’s what I use:

I like the strength and stealth of the fluorocarbon, and I didn’t want to buy the expensive all-fluorocarbon leaders.

I used to join the mono and fluorocarbon together with a triple surgeon’s knot, but the knot often failed. So, I started using the tippet rings, and they’ve been great. They don’t affect my casting, IMO.

I’ve had good luck throwing a #16 Elk Hair Caddis every now and again, but the rainbows for the most part are keyed on midges and small mayflies. In a tailwater, midges can be up to 50% of the biomass in the water, according to Ed Engle in Fishing Small Flies. That will be even higher in the winter.

It is what it is.

So, the most effective flies for me have been midge patterns in larva, pupa, and emerger form. I tie a bunch from #26 to #32. A “pure” float-on-the-top midge dry with hackle hasn’t been that productive thus far. Some guys have good luck with terrestrials–I rarely do.

A fun part about fly tying for the Swift is to experiment. I try various test patterns, one or two of each, and try them out. I’ve found some clear strike triggers. It is a huge blast when an experimental fly lands multiple trout.

What has been working for me? For larva patterns, segmentation has been important. For pupa, a large thorax has been key. And, for emergers, shucks seem to be important.

So, have fun with this! Scout the Internet and get ideas. I periodically read about what fly fishing guides at other tailwaters use. There’s a clear pattern, IMO.Also, Planet Trout is a great blog and really profiles a bunch of great midge flies. Ed Engle’s Tying Small Flies has also great ideas.

And, if you want to keep things simple, SJWs, eggs, and other “junk” flies can also work when you’re in a pinch. But, since many people throw them, I’ve found that their effectiveness quickly decreases.

So, that’s my current dry fly rig. Tight lines, everyone….