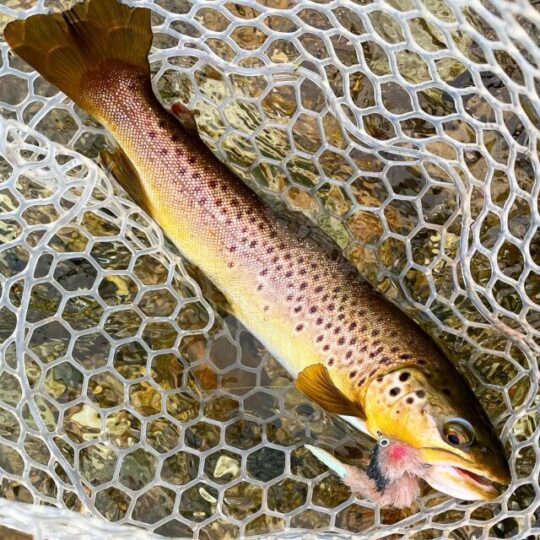 For the longest time, I remember reading books and articles about cutting edge streamer patterns like Blane Chocklett’s “Game Changer” or Kelly Galloup’s “Zoo Cougar” and feeling like I was missing a piece of the fly fishing puzzle.

I remember buying a Game Changer from Cabela’s before I had learned to tie them for myself. I was so excited to try one out on the water. When I cast it on my floating line, however, I was quickly disappointed. Not only was it heavy and cumbersome to cast, but it seemed to flop on the surface and just stay there. So I quickly tied on a clouser instead and continued to fish for stripers with success.

I knew that a sinking line was probably the answer to this riddle, but I was intimidated by them. The only time I had ever tried a sinking line before was a disaster. I didn’t understand the mechanics of casting one, and I had started out with a very heavy line, which was very hard for me as a novice to control and cast. I gave up on them rather quickly and decided that I would have to be content with weighted flies in order to fish streamers.

As my obsession with fly tying grew, I felt frustration at the idea of not being able to effectively fish these beautiful, unweighted patterns like deceivers, muddler minnows, heritage feather wing streamers like Grey Ghosts, and so many others. I was learning to tie them, but my hopes of fishing them on a floating line were likely to result in fish-less days. What was even more frustrating was the Kelly Galloup ties with deer hair heads that would actively float!

Finally one day at work, I was looking at the poly leader section hanging on the wall. I was intrigued. I had heard good things about them from podcasts and interviews with some of my fly fishing heroes. For those of you who don’t know, a poly leader is a sinking leader that attaches to your fly line just like a regular tapered leader. They come in a range of seven to 12 feet and are rated by how fast they sink. A line that sinks at 3 inches per second, for example, would be rated as S3.

I decided to give it a try. I bought a line rated S3 as I figured this might be easier to control and cast. I tied up some unweighted woolly buggers and hit the river. This was a big day of learning for me. 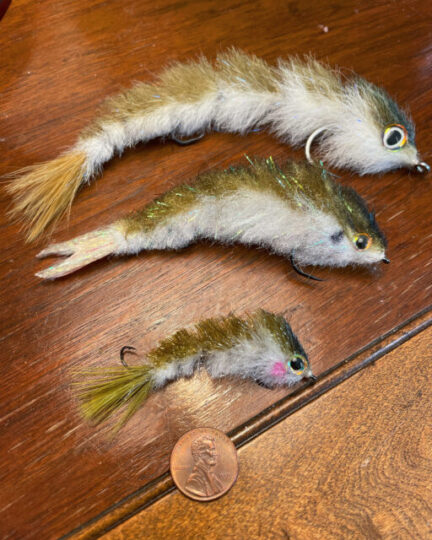 Being a more skilled caster than I had previously been when trying sinking lines was a big benefit. To grow as a fly caster is to grow in an understanding of physics. A simple roll cast pickup before casting out a streamer solved the problem I had been having before of getting the line to the surface enough to cast it. Within just a few minutes of playing around with this leader and getting the feel for it, I cast against the bank, let it sink for a few seconds and then BAM! A beautiful 17-inch brown had eaten my offering.

The day resulted in a few more fish, so I was intrigued. I noticed however that the S3 line wasn’t quite heavy enough for flies like game changers or zoo cougars, so not long afterward I made the decision to invest in a sink tip line rated as an S6. The particular model is a Rio Streamer Tip WF7S6. This line has been so faithful to me for putting big fish on big streamers. It has actually become my most frequently used setup!

The S6 rating allows you to get big buoyant flies down quick, without losing the control of keeping it from snagging bottom immediately. Keep in mind the when you strip, you stop sinking during that strip. Understanding this gives you a lot more control over your fly and presentation.

All this leads to the question: “why bother fishing big streamers?” It’s true that small nymphs are effective, especially this time of year. Most anglers I meet are content to fish as small as they can all winter because all of us hear over and over that winter is a time for small flies. This is true. But why? Why is that the case?

The answer comes down to a fish’s metabolism in cold water. A fish has to instinctively decide if a meal is worth the energy it will exert while catching it. A fish sitting in a current eating tiny midges floating down the water column isn’t going to exert a lot of energy doing that. On the flip side, that fish has to eat a lot of midges to get the protein it needs to stay energized.

Many trout are also subconsciously aware that a big offering like a baitfish will provide a lot more calories. Sometimes the energy they spend in catching the fish is worth it because that one meal will tide them over for much longer. I have found this to be especially true with brown trout. I’ve had quite a few days this winter when they kept passing up small nymphs, only to gobble up a finesse Game Changer as soon as it hit the water. The more you know about their behavior, the more catching them will make sense. 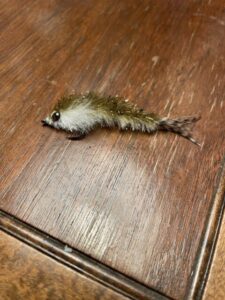 Sinking lines, especially sink tip lines, make casting big flies easier as the added weight on the tip carries the big fly easier. Playing around with and experimenting with sinking lines will be a huge benefit to you as a trout or saltwater fly angler. You’ll find that casting them involves much wider loops as well.

The form you have learned in casting floating lines will need to be altered slightly. My advice for those of you looking to fish the latest cutting edge streamers, would be to get a sinking leader like a Rio VersiLeader in a S3-S6 rating. They are inexpensive and are a great introduction into the world of more elaborate and lifelike streamers.

Give it a try sometime if you haven’t already. You’ll find it to be an effective arrow in your quiver. As always, tight lines everyone!